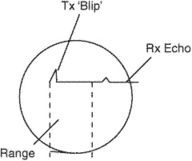 Feedback
Flashcards & Bookmarks ?
Please log in or register to use Flashcards and Bookmarks. You can also log in with
Flashcards ?
My bookmarks ?
+ Add current page to bookmarks
Mentioned in ?
References in periodicals archive ?
Most Raymarine sonar units also offer A-Scope mode, a real-time rendering of what a flasher shows in an intuitive vertical orientation.
Walleye wizardry: one-on-one
It is studying a future observation satellite of its own, named A-SCOPE.
Getting to the bottom of global warming--from space
The campaign supports one of the main objectives of the candidate Earth Explorer A-SCOPE (Advanced Space Carbon and climate Observation of Planet Earth) mission.
The A-SCOPE mission would employ an innovative method of measuring total atmospheric column carbon dioxide from space to improve our understanding of the carbon cycle.
ESA tests laser to measure atmospheric CO2