tractor, in agriculture, vehicle used to pull such equipment as plows, cultivators, and mowers; to power stationary devices such as saws and winches; and to push snowplows and earth-moving implements. Early tractors were steam-driven; now they are generally powered by gasoline or diesel engines. The two main types are wheeled tractors and crawlers, or caterpillars, which move on treads. Advances in technology resulted in the number of tractors in the United States increasing from 600 in 1907 to 3.4 million by 1950. The power takeoff, which transmitted power from the tractor engine to an implement via a shaft, was introduced in 1918. The small general-purpose tractor followed c.1924. Pneumatic rubber tires, affording increased speed, easier operation, lower fuel consumption, and longer wear, were introduced in 1932. Four-wheel drive and diesel power increased pulling power in the 1950s and 60s. These advances led to today's very large, double-tired tractors with enclosed, air-conditioned cabs, capable of pulling several gangs of plows. 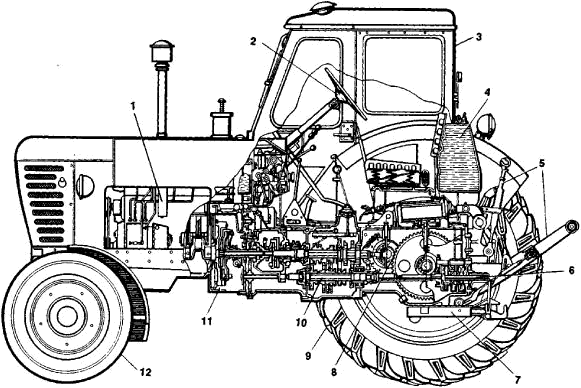 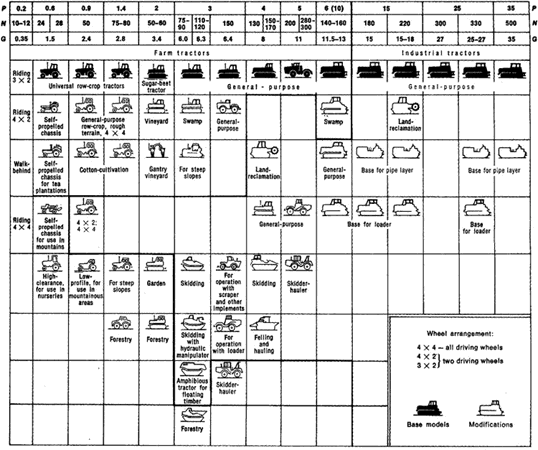 Feedback
Flashcards & Bookmarks ?
Please log in or register to use Flashcards and Bookmarks. You can also log in with
Flashcards ?
My bookmarks ?
+ Add current page to bookmarks
Mentioned in ?
References in periodicals archive ?
The agricultural vehicles workshops will be held on Tuesday, October 23 at the Barstobrick Visitors Centre, Ringford.
Keeping farm vehicles on right side of the law; Farming workshop
Commercial applications include parts for automobiles and heavy industrial and agricultural vehicles. Jim Riley, Cannon U.S.A.'s InterWet sales and marketing manager, sees the most interest in this technology for backing up a thermoformed shell of ABS or other plastic in smaller-volume applications of 5000 to 100,000 parts per year.
Robotic Dispensing of Urethane Composite Backs Up Thermoformed Sheet
TWO retired police offices will advise farmers on agricultural vehicle law at a special meeting organised by NFU Cymru and Farming Connect.
Making tractors road safe