Polaris (pōlârˈĭs) or North Star, star nearest the north celestial pole (see equatorial coordinate system). It is in the constellation Ursa Minor (see Ursa Major and Ursa Minor; Bayer designation Alpha Ursae Minoris) and marks the end of the handle of the Little Dipper. Polaris's location less than 1° from the pole (1992 position R.A. 2h23.3m, Dec. +89°14′) makes it a very important navigational star even though it is only of second magnitude; it always marks due north from an observer. Polaris can be located by following the line upward from the two stars (the Pointers) at the right end of the bowl of the Big Dipper or, if the Big Dipper is not visible, by following the line through the left side of the square in Pegasus through the end star in Cassiopeia. The star is a Cepheid variable and oscillates in brightness roughly every four days. Because of the precession of the equinoxes, Polaris will not remain the polestar indefinitely; in 2300 B.C. the polestar was in the constellation Draco, and by A.D. 12,000 the star Vega in the constellation Lyra will be the polestar.
The Columbia Electronic Encyclopedia™ Copyright © 2022, Columbia University Press. Licensed from Columbia University Press. All rights reserved.

(poh-lar -is, -la -ris) (North Star; α UMi) A remote creamy-yellow supergiant that is the brightest star in the constellation Ursa Minor. It lies very close to the north celestial pole (dec: 89°16′) and is the present pole star. Its position is found by means of the Pointers in the Plough. Polaris is a classical Cepheid variable (period 3.97 days) but its pulsations have decreased rapidly since about the mid-1970s. It forms an optical double with a 9th-magnitude F3 V companion. mv : 2.0; Mv : -2.9; spectral type: F8 Ib; distance: 97 pc.
Collins Dictionary of Astronomy © Market House Books Ltd, 2006
The following article is from The Great Soviet Encyclopedia (1979). It might be outdated or ideologically biased.

(Alpha Ursae Minoris, the North Star), a bright star of the second magnitude near the north celestial pole and thus useful for determining the bearing of the sun and a particular area’s geographic latitude, which is approximately equal to the altitude of Polaris above the horizon. In 1975, Polaris was 51′ in angular distance from the celestial pole. As consequence of precession, this distance decreases almost 17″ per year and will attain its minimum (28′) around the year 2100. Polaris can be found in the sky by the method indicated in Figure 1. The precise azimuth and latitude of a location can be determined from Polaris using ephemerides published in astronomical annuals. 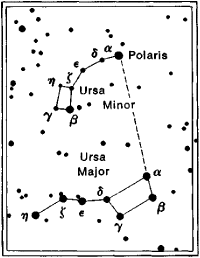 Figure 1. Method of determining the position of Polaris in the sky

Polaris is a triple star. Its bright component is a cepheid (variable star) with a brightness-variation amplitude of 0.14 stellar magnitude and a period of about four days.