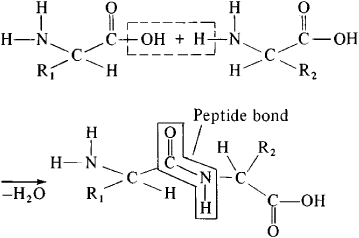 Feedback
Flashcards & Bookmarks ?
Please log in or register to use Flashcards and Bookmarks. You can also log in with
Flashcards ?
My bookmarks ?
+ Add current page to bookmarks
Mentioned in ?
References in periodicals archive ?
There are five main minima under zero point line (dash line) for (1) the free carbonyl of MMA units at 1730 [cm.sup.-1] (the adsorption of MMA units hydrogen-bonded to amide groups is shown as a shoulder at 1720 [cm.sup.-1]), (2) the free amide I groups of MAAM units at 1681 [cm.sup.-1], (3) the amide I groups of MAAM hydrogen bonding intermolecularly to the carbonyl groups of MMA (HB amide I in Fig.
Preparation of blends of polymethyl methacrylate copolymers with high glass transition temperatures and low hydrophilicity
Glass transition and [alpha] relaxation temperatures ([T.sub.g], [T.sub.[alpha]])of dry and solvent-saturated PA66 samples and mass intake [DELTA] m (referred to the total PA66 mass) and molar intake [DELTA] n (referred to the amount of amide groups in the amorphous phase) of the studied solvents at room temperature (20 [degrees] C).
Influence of the sorption of polar and non-polar solvents on the glass transition temperature of polyamide 6,6 amorphous phase
On the other hand, [beta]-transition is attributed to the segmental motion that involves the amide groups in amorphous regions, which are not bonded by hydrogen bonds to other amides or a nearby chain.
Enhanced mechanical properties of polyamide 6 fibers coated with a polyurethane thin film
Among other properties of resulted PEAs, the dielectric ones must take into consideration for investigation being known that the polar amide groups containing in the macromolecular chains and reorientation motions of corresponding dipoles are sensitive to the electric stimulus [3,20].
Effects of Temperature and Comonomer Content on Poly ([epsilon]-Caprolactam-Co-[epsilon]-Caprolactone) Copolymers Properties: An Evaluation of Structural Changes and Dielectric Behavior
The hypothesis in this work was that since each urea molecule contains four hydrogens and can establish strong intermolecular interactions (H-bonding) with the amide groups in the PA, it can disrupt the intermolecular interactions (hydrogen bonding) among the polymer chains, therefore resulting in an easier dissolution.
New Solvent for Polyamide 66 and Its Use for Preparing a Single-Polymer Composite-Coated Fabric
Essentially the free radical attacks a double bond on a monomer and the electron moves on to another monomer, the process is continued until the end result is a chain of cyclic amide groups which is attached to the hydrophobic back bone [11].
Smart thermosensitive poly (N-vinylcaprolactam) based hydrogels for biomedical applications
The [sup.1]H NMR spectra showed one signal for the amide group hydrogen as a triplet or singlet between 10.60 and 8.53 ppm.
A novel and highly regioselective synthesis of new carbamoylcarboxylic acids from dianhydrides
The [sup.13]C NMR spectrum of 7 contains peaks at 19.20 ppm for methyl group bound to steroid nucleus; at 26.70-48.94, 114.18-114.70, 124.70, 134.10, and 139.72-154.78 ppm for steroid moiety; at 110.80, 118.22120.90, and 134.78 ppm for indole group; at 115.22, 123.45, 125.60-132.50, and 163.80 ppm for benzoyl azide group; and at 171.52 ppm for amide group. Finally, the presence of compound 7 was further confirmed from mass spectrum which showed a molecular ion at m/z 488.20.
Design and synthesis of an indole-estrogen derivative
The addition of various lipophilic aliphatic and aromatic groups had little effect on increasing potency of clicked compounds, while exchanging the ester group for an amide group (compounds 16a-h), which had shown to have important influence on inhibition in previous studies [26], had very little effect on potency.
Clicked cinnamic/caffeic esters and amides as radical scavengers and 5-lipoxygenase inhibitors
has been granted a patent for a powder coating composition, which contains a macromolecule compound (A) having amide group and/or imide group, an anti-oxidizing material (B) and a fluororesin (C), wherein the macro-molecule compound (A) has an average particle size of 45 [micro]m or less, wherein the macromolecule.
Daikin patents powder coating
Keywords Anhydride group, Amide group, Cellulose, Cotton, Infrared spectroscopy, Soybean oil
Effect of acid value on the esterification mechanism of maleinized soybean oil with cotton
This group is called an amide group (in most of the world nylons are called polyamides) and it is responsible for the relatively high melting point, strength, and affinity for moisture that nylons exhibit.
When it comes to nylon, don't do the math