Also found in: Dictionary, Thesaurus, Financial, Wikipedia.
Related to Anarchists: anarchy, anarchism
The following article is from Conspiracies and Secret Societies. It is a summary of a conspiracy theory, not a statement of fact. 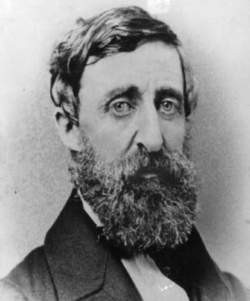 American transcendentalist philosopher Henry David Thoreau was the author of Civil Disobedience, a book that inspired such people as Mahatma Gandhi.

Whether they are feared, admired, or misunderstood, there are always those individuals who oppose forms of government that they consider tyrannical, oppressive, and unjust.

Depending upon the historical period in which they conducted their protests, certain individuals have been called anarchists, libertarians, socialists, Marxists, syndicalists, and revolutionaries. Regardless of labeling, these men and women have opposed through pacifism, militancy, or civil disobedience actions of the government that they considered to be tyrannical, oppressive, and socially, politically, or economically unjust. Here some of the individuals who have been called “anarchists” and a summary of their beliefs:

William Godwin (1756–1836): Godwin, an English political philosopher and Calvinist minister, was the first writer to espouse anarchist ideals. Godwin’s utopia was equalitarian and completely anarchistic. In his opinion, a sound education and proper social conditioning were the chief elements in forming good character. Godwin’s Enquiry Concerning Political Justice argues that humans are capable of genuine benevolence. The French Revolution inspired his major work, Political Justice, completed in 1793. His novel Caleb Williams has a theme of social reform.

Max Stirner (1806–1856): A German social philosopher, Stirner is the spiritual forefather of individualistic anarchism. Stirner rejected all political and moral ties of the individual, emphasizing that the individual entity comprises the overriding reality. In his opinion, egotism determines everything. Stirner’s concept of individualistic egotism was very democratic, and in The Ego and Its Own he encouraged everyone to become a liberated individualist.

Henry David Thoreau (1817–1862): Thoreau wrote the influential “Civil Disobedience” as a lecture for the Concord, Massachusetts, lyceum in January 1848. It has served as an inspiration for Tolstoy and Gandhi and for contemporary activists in the civil rights, antiwar, and radical environmentalist movement.

Mother Jones (1830–1930): After losing her husband and children to an epidemic, Mother Jones found an outlet for her love and compassion in the labor movement. Working with the steelworkers and the miners of West Virginia and Colorado, she became a picturesque and forceful figure—a born crusader and a powerful speaker. Her work on behalf of child textile-mill workers was instrumental in reforming the child labor laws.

Lucy Parsons (1853–1942): Lucy Parsons was a Texas slave who claimed to be the daughter of a Mexican woman and a Creek Indian. After she married Albert Parsons, a Confederate Civil War veteran, in 1873, the couple moved to Chicago and became involved in the labor movement. Lucy also became a tireless champion for the rights of African Americans, maintaining that they were primarily victimized because they were poor. Racism, she argued, would disappear with the destruction of capitalism.

In 1886 Albert was implicated in the Haymarket Square bombing of police officers and sentenced to death by hanging. In 1892 Lucy published a short-lived journal called Freedom. She helped found the International Working People’s Association (IWPA), and in 1905 she participated in the founding of the Industrial Workers of the World. In 1939, fearing that anarchism could not effectively combat the advance of capitalism and fascism throughout the world, she joined the Communist Party.

Emma Goldman (1869–1940): As a young girl in Kovno, Russia, Emma Goldman witnessed the savage beating of a peasant by his master, a cruel memory that never left her and inspired her to become a social activist. In 1886 she came to the United States. She settled in Rochester, New York, experienced an unhappy marriage that ended in divorce, and relocated to New York City, where she became involved with anarchist circles. Emma, a gifted orator, also championed women’s rights and, along with the pioneering Margaret Sanger, fought for freer access to birth-control methods. Her efforts on behalf of the anarchist movement caused her to be deported to Russia. Eventually she made her way back to America after spending a number of years in England, Canada, and Spain. Always agitating for her ideals, Emma was often imprisoned. Among her published works are Anarchism and Other Essays and The Social Significance of the Modern Drama.

Big Bill Haywood (1869–1928): William Dudley Haywood, known as “Big Bill,” led the Western Federation of Miners from 1900 to 1905 and in 1905 helped found the Industrial Workers of the World (IWW), which sought to organize all laborers into one big union. In 1906 Haywood and other alleged conspirators were brought to trial for the murder of a former governor of Idaho. The famous trial lawyer Clarence Darrow was able to win their acquittal. In 1918 Big Bill and 165 other IWW leaders were convicted of sedition for opposing the U.S. involvement in World War I. In 1921 he jumped bail and sought refuge in the USSR, where he lived until his death.

Joe Hill (1879–1915): Hill, born Joel Hagglund in Sweden, became an American labor organizer for the radical Industrial Workers of the World and a famous writer of union songs, such as “Casey Jones—The Union Scab,” a parody of the popular ballad about the legendary train engineer. Charged, upon cloudy evidence, with murder in Salt Lake City, Hill was convicted and sentenced to death. Attempts by President Woodrow Wilson, the government of Sweden, and many prominent Americans could not win him a new trial. On the eve of his execution Hill telegraphed Big Bill Haywood the words that would later be immortalized in labor lore: “Don’t mourn, organize.” The next morning Joe Hill became a martyr for American labor upon his execution by a Utah firing squad.

Elizabeth Gurley Flynn (1890–1964): Born in New Hampshire to an Irish family passionate about union, socialist, and anticolonial struggles, Elizabeth would become one of the greatest of twentieth-century labor speakers and organizers. The inspiration for Joe Hill’s union song “The Rebel Girl,” Flynn stirred countless thousands of workers with her feisty spirit. In 1920 she helped to found the American Civil Liberties Union. During the anti-Communist witch hunts of the 1950s, Flynn served twenty-eight months in prison because of her membership in the Communist Party. Her published works include Sabotage and My Life as a Political Prisoner.

Nicola Sacco (1891–1927) and Bartolomeo Vanzetti (1888–1927): Sacco and Vanzetti are joined forever in the public mind as the principals in one of the most controversial and best-known cases in American jurisprudence. They were arrested on charges of murdering a shoe factory paymaster and guard at South Braintree, Massachusetts. Tried and convicted on July 14, 1921, in a time of antiradical fervor, they were sentenced to death. During the years of their imprisonment, worldwide protests were raised by those who doubted their guilt, but they were electrocuted August 23, 1927. Periodically pressure is brought to have the state of Massachusetts officially clear Sacco and Vanzetti of the charges against them, but this has not happened.

Noam Chomsky (1928—): “If we don’t believe in freedom of expression for people we despise,” Noam Chomsky has said, “we don’t believe in it at all.” Chomsky, a renowned linguistic expert who posits that the acquisition of language is part of the innate structure of the human brain, became well known to the nonacademic public as an anarchist and libertarian socialist who vehemently opposed the Vietnam War. Ever vigilant against any abuses of power, Chomsky remains a perceptive critic of U.S. foreign policy.

Feedback
Flashcards & Bookmarks ?
Please log in or register to use Flashcards and Bookmarks. You can also log in with
Flashcards ?
My bookmarks ?
+ Add current page to bookmarks
Mentioned in ?
References in periodicals archive ?
You don't have to walk far in Athens, Greece, to see signs of the local anarchist community: Circle-A symbols are everywhere.
EXAROHIA
Bombs, Bullets and Bread: The Politics of Anarchist Terrorism Worldwide, 1866-1926
Bombs, Bullets and Bread: The Politics of Anarchist Terrorism Worldwide, 1866-1926
(9) She argues that the sovversivi (the subversives)--socialists, anarchists, revolutionary syndicalists, anti-fascists, and communists--although politically divided and mutually hostile, shared common cultural traditions and ethical values.
Anarchism and Transnational Networks in North and South America
From a transnational perspective, the contacts and relationships that anarchists from different national communities established are fundamental to the historical reconstruction of anarchism in Egypt.
Caught between Internationalism, Transnationalism and Immigration: A Brief Account of the History of Anarchism in Egypt until 1945
without attributing 'class reductionism' (Day, 2005: 145) to anarchists: it is enough to read only a few lines of Malatesta, Reclus, or Kropotkin to know how far from that position they stood (Turcato, 2015).
Evolution and revolution: Anarchist geographies, modernity and poststructuralism
Visionary Utopians, the anarchists paid scant attention to the practical needs of a rapidly changing world; they generally avoided careful analysis of social and economic conditions, nor were they able or even willing to come to terms with the inescapable realities of political power.
Chaos and Utopia: the anarchists in the Russian revolution and civil war
Therefore, whether arguing on consequentialist or deontological grounds, anarchists reject the state in favor of defense provision by privately held, competitive, profit-seeking firms, often referred to as private defense agencies.
Minimum deterrence as a vulnerability in the market provision of national defense
In Architettura di una chimera, Enrico Tuccinardi and Salvatore Mazzariello suggest instead that far from an individual act of revenge, Umberto's regicide was a complex event that must be understood as part of a broader political scheme of different but "convergent interests"--an affair that involved, in intricate ways, anarchists from both sides of the ocean, socialists, and even nostalgic Bourbons (p.
Enrico Tuccinardi and Salvatore Mazzariello, Architettura di una chimera: Rivoluzione e complotti in una lettera dell'anarchico Malatesta reinterpretata alia luce di inediti documenti d'archivio
The Italian anarchists of Paterson and San Francisco, meanwhile, were much more connected to their ethnically diverse neighbors and the global movement.
Immigrants Against the State: Yiddish and Italian Anarchism in America
Some of the archival materials that Tomchuck uses (e.g., interviews with anarchists and their family members) have barely been utilized in scholarship before; they offer new insights on the topic and tremendously enrich the story.
Transnational Radicals: Italian Anarchists in Canada and the U.S., 1915-1940
In framing a government which is to be administered by men over men, the great difficulty lies in this: you must first enable the government to control the governed; and in the next place, oblige it to control itself." But anarchists are not persuaded of the need for government.
Anarchism is not the path to liberty: though it is true that governments are the greatest danger to rights, liberties, and lives, anarchy--the absence of government--will not bring about increased safety and freedom
ATHENS, Greece, Sha'ban 01, 1437, May 08, 2016, SPA -- Greek anarchists hurled firebombs, chairs and wooden planks at riot police in brief clashes outside parliament while lawmakers were debating a controversial austerity bill, disrupting a much larger peaceful rally on Sunday, according to AP.
Greek police, protesters clash ahead of austerity bill vote