Anchorage (ăngˈkərĭj), city (2020 pop. 291,247), Anchorage census div., S central Alaska, a port at the head of Cook Inlet; inc. 1920. It is the largest city in the state, the administrative and commercial heart of S central and W Alaska, one of the nation's key defense centers, and a vital transportation hub. Glenn Highway connects the city to the Alaska Highway and the Parks Highway. The international airport is a regular stop on intercontinental and transpolar flights. Joint Base Elmendorf-Richardson is in the city. Anchorage is also the headquarters for the major oil and gas companies in Alaska. With oil discoveries in Cook Inlet in the late 1950s, and the discovery of massive petroleum and natural gas reserves in the Prudhoe Bay region in 1968, the population has more than quadrupled. Tourism has also increased dramatically, largely due to improvements in transportation and the creation of numerous national parks.

Anchorage was founded (1915) as construction headquarters for the Alaska RR and grew as a railroad town. It also became a fishing center, a market and supply point for gold-mining regions to the north, and the metropolis for the coal mining and farming of the Matanuska valley. World War II brought the establishment of the large military bases and the enormous growth of air and rail traffic. The city was heavily damaged in the great 1964 earthquake; stricter building codes helped reduce damage in the less intense 2018 earthquake. Points of interest include Earthquake Park and several notable museums. The annual Iditarod Race (see under Iditarod) starts from Anchorage, and a “Fur Rendezvous” winter carnival is held in the city every year. The city is the seat of Alaska Pacific Univ. and a campus of the Univ. of Alaska. Portage Glacier and Lake Hood are nearby, and Denali (Mt. McKinley) is visible from the city. 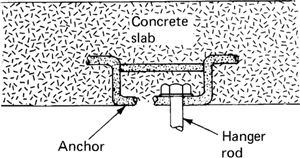 Feedback
Flashcards & Bookmarks ?
Please log in or register to use Flashcards and Bookmarks. You can also log in with
Flashcards ?
My bookmarks ?
+ Add current page to bookmarks
Mentioned in ?
References in periodicals archive ?
While the two anchorages were on the charts for many years, they were recently agreed upon by the three maritime entities of DMC, DP World and the UAE coast guards.
Dubai -- Dubai Maritime City Authority (DMCA) is ready to set up a cold lay-up anchorage for ships which will result in cost savings of over $20,000 per month, officials said Sunday at the Dubai 2010 International Ship Suppliers Association Convention and Exhibition.
COLD LAY UP ANCHORAGE
11.0 Identification, Use, Selection, Certification, and Re-certification of anchorages
Critical eye award