a special medical facility for performing inoculations against rabies. The first antirabic units were established after 1885, when L. Pasteur prepared antirabic vaccine 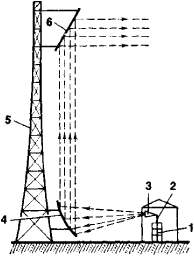 from the brains of animals that had been infected with an attenuated, fixed virus. The world’s second antirabic unit, which was the first in Russia, was opened in 1886 in Odessa on the initiative of I. I. Mechnikov and N. F. Gamaleia. Later, such units were organized in Moscow, Warsaw, Samara, and St. Petersburg, and by 1912 there were 28 in Russia.