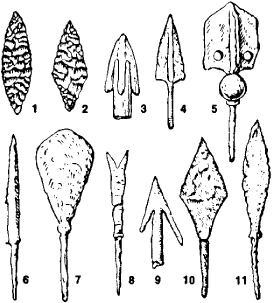 Feedback
Flashcards & Bookmarks ?
Please log in or register to use Flashcards and Bookmarks. You can also log in with
Flashcards ?
My bookmarks ?
+ Add current page to bookmarks
Mentioned in ?
References in periodicals archive ?
The clips of Nureyev dancing, many of them never seen before, show us an arrowy young man with a tiny waist and an ardent intensity.
The prince of desire: for Nureyev, ballet was the one true love
There is so much to see in the arrowy arc of this "leaf-fring'd legend," in the sterling roles and echoing steps and connecting metaphors that pluck and ping and zing, that it is a masterpiece of its kind--a love lyric--Ashton's own ode on a Grecian urn.
Sylvan historian
Picasso): (...) the blue guitar Is a form, described but difficult, And I am merely a shadow hunched Above the arrowy, still strings, The maker of a thing to be made; The color like a thought that grows.
Cubist aesthetics in Stevens' "The Man with the Blue Guitar": defence against surrealism
In the first act, hugged in his furred robe, darting with arrowy keenness vulpine glances from beneath his shaggy brows, a smile, bitter or benevolent, ever hovering about the stern pursed-up lip, the senile gait still preserving remnants of vigour, made up a perfect picture to the eye, while the measured and significantly terse speech, illustrated by ever-varied and appropriate attitude, the thoughtful by-play, as it is called, completed to the sense, in the most satisfactory fullness, both of character and situation.
Cardnal Richelieu: hero or villain? Robert Knecht looks at the `eminence rouge' and considers how his image, carefully crafted during his lifetime, has become that of a demonic schemer
A similar transitional experience is described by Harold when standing "by the blue rushing of the arrowy Rhone, / Or the pure bosom of its nursing lake." There he senses, as Ruskin does, the capacity to "live not in myself, but ...
Self and Revision in Ruskin's Revaluations of Romanticism, 1830-1880
Through this steel riddle, more or less coarse, is the arrowy Maine forest, from Ktaadn and Chesuncook, and the head-waters of the St.
Ktaadn
Florence' heart," "while the arrowy undertide / Shoots on
An ebbigrammar of motives; or, ba for short
The pas de deux in "Diamonds" refracts imagery from the pas in Swan Lake Act Two: the vow of love; Odette's arrowy path (so like the winding path in "Emeralds").
Balanchine's castle