Art and Dreams | Article about Art and Dreams by The Free Dictionary
https://encyclopedia2.thefreedictionary.com/Art+and+Dreams
Printer Friendly 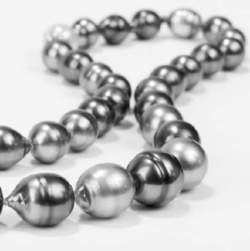 A necklace in a dream can symbolize wealth, gifts, or feeling the weight of a milestone on one’s mind. For more explanations of symbols, refer to the Dream Symbols section at the back of this book.

In most cultures the relationship between art and dreams is straightforward, though often the two are associated in a negative way. Plato maintained that they were based on mere appearances and that they lead people away from the pursuit of truth. In a roughly similar manner, Sigmund Freud insisted that both poetry and dreaming are nothing more than defensive measures, designed to substitute pleasure for reality.

The surrealist movement, which began in Europe in the 1920s, is a particularly interesting example of the explicit association between art and dreams. This movement’s approach paralleled Freud’s ideas about the unconscious, and the repression of irrational urges by the conscious mind, which then manifest themselves in dreams. According to André Brenton’s Surrealist Manifesto (1924), “The absolute rationalism which remains in fashion allows for the consideration of only those facts narrowly relevant to our experience…. Boundaries have been assigned even to experience. It revolves in a cage from which release is becoming increasingly difficult.” Surrealism, like other forms of modern art, attempted to challenge those boundaries. The surrealist artist’s hope was to discover new possibilities of human perception and creativity.

Surrealist artists were particularly interested in the powerful sense of freedom their dreams provided. The unconscious was considered to be the primary source of inspiration among surrealists. According to some artists, dreams include images or experiences that are fantastic or absurd. Therefore, they are a direct challenge to what we take to be ordinary or normal. An authentic dream atmosphere can be found in the works of Salvador Dali, Vincent Van Gogh, Francisco Goya, and Max Ernst, to name just a few. It was said that Dali used to go so far as to purposefully “induce” his own dreams by falling asleep in a chair, chin propped in the cup of his hand. He would jerk awake just as he entered the dream state and capture the surreal imagery in his own art.

While the surrealist movement may be one of the more obvious examples of the connections between dreams and art, the association does not end there. Numerous artists have accredited their dreams for portions—if not the whole—of their works of art. Due to mainly visual aspect of dreams, the physical arts are what we frequently associate with dream inspiration, but there have also been accounts of auditory inspiration. The composer Giuseppe Tartini was the most widely known example of this; he attributed his popular “Devil’s Trill Sonata” to a dream.

Although there have been a few poets and writers who have claimed that their work appeared to them, in printed form, in dreams, it is more common that authors and poets receive their inspiration while in a dreaming state. It has been observed that very rarely do we read or write in our dreams as the two—dreaming and the literary arts—utilize different areas of our brain. If, however, we look beyond the literal and think instead that the events that transpire in our dreams may carry over into our waking lives, it is not so bizarre to imagine that many great literary works were not only inspired by our dreams but also by our nightmares. This serves to highlight the importance of dreams as messengers of our unconscious, making us aware of thoughts or ideas that our conscious mind refuses to recognize and yet are essential in creative expression.