a device for automatically coupling railway rolling stock and for transmitting and cushioning the effect of longitudinal stresses generated as the train moves and stops, as well as in classification yard work. The device couples cars automatically when they come together in the yard and automatically resets the parts of the mechanism to the ready position for coupling after a train has been broken up; the automatic coupler can be set to act as a buffer when the cars are not required to couple upon coming together. Uncoupling is performed manually (but the worker does not have to get in between the cars). 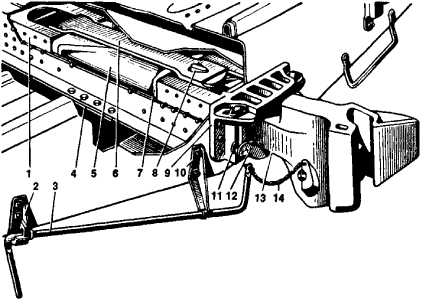