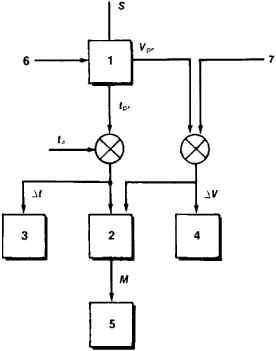 Figure 1. Diagram of the operation of an automatic engineer

An automatic engineer acts in accord with a program (1) (see Figure 1) that takes into account a set schedule and includes boundary conditions on the movement (permissible speed Vpr, rate of acceleration and deceleration, and so on). When the train is moving along a path S, the automatic engineer compares the actual time ta with the programmed time tpr and, taking the boundary conditions into account, changes the control mode M of the train by means of a unit (2), choosing a moment or a point on the route for shifting from one mode to another.

In the simplest systems the automatic functions are limited to a comparison of the actual time and speed with the programmed values. The result of the comparison in the form of a deviation from the schedule Δt or reserve of speed increase ΔV is communicated by the signal panels (3) and (4) to the engineer, who then decides on a change in mode.

The programming unit for the train movement can be located at a central point (centralized system), along the route (distributed system), or on the train (autonomous system). In the first case the orders concerning a change in the mode of movement for every train are processed in a computing center, using information coming in from all the trains, and are transmitted to the required train, each of which must therefore have its own call sign or have one allocated to it for the section in which it is moving, regardless of the train number. Only the actuating apparatus and the equipment for transmitting information and receiving orders is kept on the train. This system is the most promising, but it requires a large number of two-way communication channels between the central point and a moving train.

When a programming unit is along the route, the role of the central point is limited to transmitting uniform time patterns for all trains, signals for correcting the movement of a train, and, if there is more than one program, signals for connecting the necessary program. The equipment on a train is the same as in the first case. This method is the most acceptable for sections having the same type of trains (subways).

Locating the programming unit on a locomotive (or on a train) makes it possible to run different types of trains on a section. The number of communication channels with the central point is minimal and can be limited to transmission of common time signals. The program is chosen automatically by remote control or by the engineer according to the number of the schedule trace-number. This method is the most suitable for a gradual conversion of trains to automatic control.

The prospects are that the automatic engineer will be a component part of a complex automatic control system for a division and an entire railroad.

Feedback
Flashcards & Bookmarks ?
Please log in or register to use Flashcards and Bookmarks. You can also log in with
Flashcards ?
My bookmarks ?
+ Add current page to bookmarks
Mentioned in ?
References in periodicals archive ?
Martin Automatic engineers web transport equipment of varying sizes and scales and holds several trademarks and patents.
'Essential, extreme engineering' at first Martin Automatic Media Day