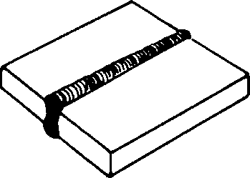 Feedback
Flashcards & Bookmarks ?
Please log in or register to use Flashcards and Bookmarks. You can also log in with
Flashcards ?
My bookmarks ?
+ Add current page to bookmarks
Mentioned in ?
References in periodicals archive ?
In reestimating the model with the B-W data, the approach taken in this study is to present two different estimates: the first based on the series thought to have been used by B-W themselves (and described in Macunovich, 1990a, 1990b); the second based on a "corrected" and updated version of those original series, incorporating revisions in published data and the new CPI-XI.(3) (These updated versions of the B-W series are only available through 1983, because some of the data used by B-W to estimate their series have not been published since that date.
Table 1 presents the results of estimating the B-W model in these several variants, for women aged 20-24 and 25-34.
The implication of these results is that the years 1947-1954 were driving the estimates presented by B-W: these were years when the fertility rate was still rising for these age groups, and there was little, if any, trend in the female wage and labor force participation.
B-W presented predictions for the period 1957-75 in their 1979 report, with the following description (1979, pp.
While such predictions might owe more to luck than to econometrics (because of the dubious nature of regression results based on only seven observations with only three degrees of freedom), we are now in a position to prepare forecasts with the B-W model using a much longer time series as a base.
The Butz-Ward fertility model in the light of more recent data