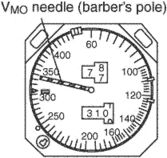 Feedback
Flashcards & Bookmarks ?
Please log in or register to use Flashcards and Bookmarks. You can also log in with
Flashcards ?
My bookmarks ?
+ Add current page to bookmarks
Mentioned in ?
References in periodicals archive ?
With their moving spirals of colored stripes (in this country usually red, white and blue), barber poles are colorful emblems of the trade.
Barber just clips along
SeaWaves Books is also publisher of Three Wire Magazine, Barber Pole Magazine, SeaWaves Books as well as calendars.
Today in History from SeaWaves Books Launched
"That's why using the chart properly--as well as being keenly aware of your flock management and of what environmental conditions the barber pole worm favors--is very important."
An eye test for barber pole worm
Unhook the half hitch and unwind the barber pole effect.
The basics of spinning: Spinning with a drop spindle
Pre-sealing helps reduce the "barber pole" shading effect in book matched plywood.
Finishing Cherry requires special care: careful preparation and technique will improve the finish on this increasingly popular wood
In contrast, Warshaw thinks that insmooth muscle, the contractile units are arranged as if they were wrapped around a barber pole inside the cell, with each unit having both its head and tail attached to the sides of the cell.
Smooth-muscle cells: twist and clout
The light in the gear handle glowed bright red, and the nose-gear indication displayed a glaring barber pole. My copilot notified tower and the rest of the crew about our landing-gear issue.
After the third pass
"They did blood-letting and tooth-pulling." That's where the colors in the barber pole come from, she said.
Cutting it close; Barbershops hold their own as social centers in their own right
Second, the gear indicators showed two up-and-locked for the mains and barber pole for the nose gear.
Nothing holding us back--really
STIRLINGTwo barber poles at O Malley Property, 67 Port Street FK8 2ER for Zhanna Koc; Conversion of medical practice to three flats involving upgrading of floors, installation of partitions, new openings to walls, drainage pipe on rear elevation and additional vents in roof at 3 Viewfield Place, Barnton Street FK8 1NQ for J B & S Gilvear; Attic conversion, two velux windows and dormer at Flat D, first floor right, 37 Wallace Street FK8 1NU, for Mr Manjinder Sandhu;Two jet wash bays at Craigs Service Station, Craigs Roundabout FK7 7NU for Motor Fuel Group.
planning
Featured among the rotating exhibits are an assortment of antique chairs and mirrors; vintage razors; unique gold and diamond-studded scissors; old-fashioned clippers from iconic brands such as Andis, Oster, and Wahl; classic barber poles and signs; and memorabilia dating back as far as the 1800s and early 1900s.
Remember When a Shave and Haircut Were Two Bits