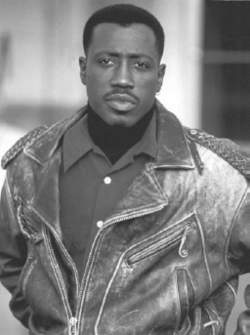 In April 1971, following the change in the Comics Code that allowed vampires to return to comic books, Marvel Comics introduced its new vampire comic book, The Tomb of Dracula. It brought the story of Dracula into the 1970s and brought together descendants of the characters in Bram Stoker‘s novel to fight the revived vampire. During the course of the long running series, Marvel also introduced several new characters. Among the most enduring was Blade the Vampire Slayer. Blade, an African American, further reflected the social changes in post-World War II America. These changes had also been noted by readers in the appearance of a woman, Rachel Van Helsing, as a strong weapon-carrying vampire slayer who assumed the role once held by her grandfather, Abraham Van Helsing.

Blade was a warrior equipped with a set of teakwood knives. He initially appeared in the July 1973 (No. 10) issue of The Tomb of Dracula on the London docks, where he proceeds to kill several vampire members of Dracula’s Legion. Their deaths lead to Blade meeting Quincy Harker and Rachel Van Helsing. After introductions, the action takes Blade to the ship Michelle over which Dracula has assumed control. Their initial confrontation ends in a draw, but Dracula escapes and the ship is destroyed by an explosion. Blade returned two issues later to help Harker and Frank Drake (a modern descendent of Dracula) find Harker’s daughter Edith who had been kidnapped by Dracula.

The story of Blade’s early involvement with vampires was finally told in the October 1973 (No. 13) issue. At the time of his birth, his mother was visited by a physician, Deacon Frost, who turned out to be a vampire. Frost killed his mother, and Blade dedicated his life to looking for him. That search grew into an enmity against all vampires and led him to the recently revived Dracula. He had worked primarily in America, and thus had never met Harker, Van Helsing, or Drake, but had heard about their activities.

Blade frequently reappeared through the seventy issues of The Tomb of Dracula. He also made a guest appearance in the Fall 1976 issue (No. 8) of Marvel Preview. The battle between Blade and Dracula seems to reach a conclusion when Blade sticks one of his knives into Dracula, who apparently dies. However, others steal the body, the knife is removed, and Dracula is revived. Later, Dracula seems to win when he bites Blade. But it turns out that because of the unusual circumstances involving the vampire present at the time of Blade’s birth, Blade is immune to the vampire state.

In the June 1976 issue (No. 48), Blade teams with another new character introduced into The Tomb of Dracula, Hannibal King. He, too, had an encounter with Deacon Frost, the vampire that killed Blade’s mother. In the February 1977 issue (No. 53) the two finally track Frost down and destroy him.

Vampires were banished from Marvel Comics in 1983, and very few characters from The Tomb of Dracula appeared during the next six years. Blade practically disappeared, but quickly made his presence felt after the reintroduction of vampires into the Marvel Universe in issues 10 and 14 of Dr. Strange: Sorcerer Supreme (November 1989, February 1990). Blade next appeared in the revival by Epic Comics (a subsidiary of Marvel) of The Tomb of Dracula (1991–1992), which resumed the story from the end of the first series without reference to the banishment of vampires and the destruction of Dracula in 1983.

In 1992 Marvel united its older occult-oriented characters and created some new ones when it created a new realm on the edge of the Marvel Universe that would be the arena of the Midnight Sons. In this new storyline, vampires had been banished from the world in 1983 by a magical formula of Marvel’s master of the occult arts, Dr. Strange. His magical operation created the Montesi effect. That effect was being weakened and allowed a new assault upon the world by the forces of supernatural evil. These forces were led by Lilith (the ancient Hebrew demoness, not Dracula’s daughter).

The new evil forced the return of the old vampire fighters, including Blade, who received a new image more akin to Marvel’s other superheroes and had his weapons system upgraded. The fresh storyline was created simultaneously in five different comic book titles under the collective heading Midnight Sons. Blade and his old acquaintances Frank Drake and Hannibal King unite as a private investigation organization, The Nightstalkers. The adventures of The Nightstalkers lasted until early in 1994 when both Drake and King were killed in the war with the supernatural forces of evil. Blade survived to continue the fight in his own new comic book series Blade, the Vampire-Hunter which ran for ten additional issues (1994–1995).

For several years, Blade was not heard from, and then in 1997 a new Blade series was launched with a preview issue (reprinting a story from The Tomb of Dracula) released in anticipation of the series which began in March 1998 and the movie, Blade, with Wesley Snipes in the title role, which appeared later in the year. The movie, in which Blade emerged as a day-walking half-vampire superhero, gave the evolving character an audience unavailable to the average comic book character, and the initial movie became one of the top five all-time grossing vampire movies. The initial story pitted Blade against his old nemesis Deacon Frost and a global vampire community whose clans (called houses) are organized under a council. It prompted two sequels, in the first of which Blade fights a breed of new super vampires and in the second, a revived Dracula. A underlying theme throughout the series is the vampire’s search for Blade’s ability to move about in the daylight without disintegrating into ash.

The success of the blade movies led to a television series that began airing in 2006 on Spike TV. Blade: The Series starred Kirk “Sticky Fingers” Jones as Blade and was based in Blade’s birthplace, Detroit. He found himself up against Marcus Van Sciver (Neil Jackson), a powerful vampire with the House of Chthon. Unfortunately, it failed to find an audience and was cancelled before the first season was aired.