Also found in: Dictionary, Medical.
Related to Borides: Magnesium boride
The following article is from The Great Soviet Encyclopedia (1979). It might be outdated or ideologically biased.

compounds of boron with metals. Borides have physical properties characteristic of metallic substances (increase of the coefficient of electrical resistance with increase in temperature, high values for electrical and heat conductivity, and a metallic luster), as well as those of nonmetallic substances with semiconductor properties. Borides of the transitional metals are an intermediate class between inter-metallic compounds (of the beryllide type) and the so-called embedded phases. A characteristic crystallochemical trait of borides is the presence of isolated configurations of boron atoms in their structures. The chemical stability of borides is determined largely by the strength of the boron-to-boron bonds in the boride lattices; it increases with increased boron content in them. The greatest chemical stability (according to the speed of hydrolytic decomposition) is observed in hexaborides and dodecaborides. Most borides are resistant to acids—for example, even boiling aqua regia has no effect on TaB2. 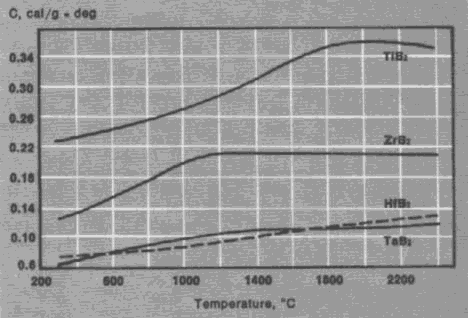 Figure 1. Dependence of heat capacity of diborides on temperature

The diborides (MeB2) are used most widely in engineering. The most important indicator of these materials is the change in their basic properties with temperature (see Figures 1, 2, and 3). The most important physical properties of some borides of refractory metals are shown in Table 1. A large group is formed by borides of rare-earth metals-the lantha-nides and scandium and yttrium, whose properties are similar to those of the lanthanides. The most interesting in this group are the hexaborides (MeB6). (See Table 2.) The structure of hexaborides is double in character. The crystal lattice of hexaborides may be regarded as a simple cubic lattice of metal atoms centered by an octahedron of boron atoms or as a cubic lattice of boron atom complexes with the metal atoms located freely in the center. 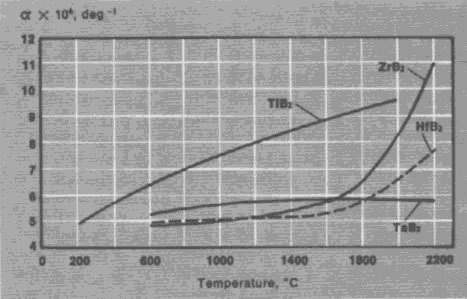 Figure 2. Dependence of coefficient of linear expansion of diborides on temperature

Solid products are obtained from boride powder by pressing with subsequent sintering or by hot forming. Borides are 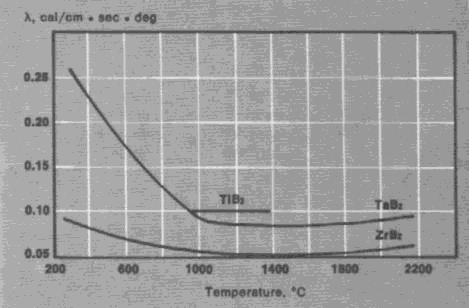 Figure 3. Dependence of heat conductivity of diborides on temperature

widely used in technology. Because of their emission properties, they are used in radio electronics—for example, lanthanum hexaboride is used to make cathodes of high-powered generator apparatus and instruments. Because of their high neutron capture cross section, borides are used in nuclear engineering as regulating materials and for protection against nuclear radiation. Their great hardness, wear resistance, and grinding capability make them useful in machine and instrument building. The ability of some borides to maintain their properties in a medium of molten metals has made it possible to use zirconium boride—for example, in metallurgy for making thermocouple tips, which provided the possibility of automatic control of the temperature of steel in open-hearth furnaces. Future uses of borides include in high-strength and high-modulus continuous fibers and threadlike crystals for reinforcing composition materials.

Feedback
Flashcards & Bookmarks ?
Please log in or register to use Flashcards and Bookmarks. You can also log in with
Flashcards ?
My bookmarks ?
+ Add current page to bookmarks
Mentioned in ?
References in periodicals archive ?
Zirconium boride (Zr[B.sub.2]) is a new type of ceramic material, whose lamellar crystal structure is similar to graphite, exhibiting high performance including high melting point (>3,000[degrees]C), high hardness (36.0 GPa), high elastic modulus (around 500 GPa) and good friction performance [12,13].
Investigation on Thermal Stability and Tribological Properties of Zr[B.sub.2] Particles Filling Cyanate Ester Resin Composites by Experiments and Numerical Simulation
and Suslick K.: "On the possibility of metal borides for hydrodesulfuration".
Sintesis y caracterizacion de catalizadores de boruros de Ni y Co para su uso en las reacciones de hidrogenacion de ciclohexeno e hidrodesulfuracion de tiofeno
Researchers demonstrated that the addition of hard boride particles to an aluminum matrix can enhance the composite strength.
Study of Thermomechanical Properties of an Al-Zn-Based Composite Reinforced with Dodecaboride Particles
This method is usually applied for producing the nanocomposite coatings with Niken matrix and nanofillers are carbide, nitrite, boride, or PTFE [49, 81, 82, 111-117].
Nanocomposite Coatings: Preparation, Characterization, Properties, and Applications
Such new types of composites as functional gradient materials (FGM) are alloys consisting of hard grains of carbides, nitrides and borides of transition metals (for example, tungsten carbide, titanium carbide, titanium carbonitride, titanium diboride, etc.) forming a strong continuous framework matrix), and a metal bond (from cobalt, nickel, titanium, aluminum, etc.), the content of which varies continuously in the volume of such CM [12].
AN ANTHOLOGY OF THE DISTINGUISHED ACHIEVEMENTS IN SCIENCE AND TECHNIQUE. PART 41: COMPOSITE MATERIALS: THEIR CLASSIFICATION, TECHNOLOGIES OF MAKING, PROPERTIES AND APPLICATION DOMAINS IN MODERN TECHNIQUE
In all considered titanium borides, the shortest bond lengths (-1.8 [Angstrom]) are found between B atoms.
Vibrational Spectroscopy of Binary Titanium Borides: First-Principles and Experimental Studies
When boriding duration increases from 30 to 120 minutes, boride and diffusion zones are increased due to greater penetration of atomic boron deep into the alloy, as well as to the formation and growth of increasingly more amount of borides and increase of the diffusion zone (Fig.
Nanodispersed boriding of titanium alloy
Borides can exist as a wide range of compositions and display structural features, which depends strongly on the metal and boron ratio.
Electrochemical synthesis of magnesium hexaboride by molten salt technique
More than hundreds of kinds of materials, including borides, carbides, and silicides, are reported to be synthesized [1-5] by applying this process, while some of them are quite difficult to synthesize in conventional ways.
Effects of electric field on the SHS flame propagation of the Si-C system, examined by the use of the heterogeneous theory
Even fluoropolymers are no threat to these barrels, which have a protective layer of nickel-rich boron alloy containing molybdenum and a matrix of borides and carbides.
How to spec' screws & barrels for running corrosive materials
The overlay welded layers wear less when the structure was formed of martensite or layers consisting of carbides, borides and others.
Influence of the tempering temperature and laser beam on hardness and wear of the overlay welded layers/Atleidimo temperaturos bei lazerio spinduliuotes itaka aplydyto sluoksnio kietumui ir dilumui
(15.) Nag S, Samuel S et al., Characterization of novel borides in Ti-Nb-Zr-Ta+ 2B metal-matrix composites.
Finite element analysis of the effect of shape memory alloy on the stress distribution and contact pressure in total knee replacement