one of the fundamental gas laws, according to which, at a constant temperature, the volume V of a given mass of an ideal gas is inversely proportional to its pressure ρ—that is, pV = C = const. (See Figure 1.) The constant C is proportional to the mass of the gas (the number of moles) and its absolute temperature. 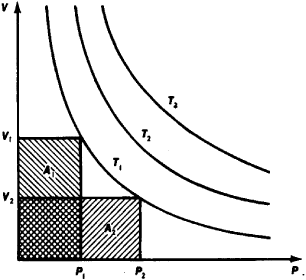 Figure 1. Dependence of the volume V of the invariable mass of an ideal gas on the pressure ρ at constant temperature T. The isotherms T1, T2, and T3 have the form of equilateral hyperbolas: the areas A1 and A2 are equal to the constant C.

The law is based on the experimental data of the English scientist R. Boyle (1662) and was established independently by the French scientist E. Mariotte (1676). 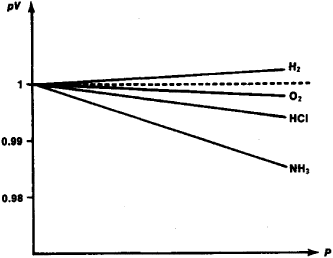 Figure 2. Deviation of the behavior of real gases from the Boyle-Mariotte law. The dotted line corresponds to the line pV = C.
The Great Soviet Encyclopedia, 3rd Edition (1970-1979). © 2010 The Gale Group, Inc. All rights reserved.