[′brid·əl·nəs]
(mechanics)
That property of a material manifested by fracture without appreciable prior plastic deformation.
McGraw-Hill Dictionary of Scientific & Technical Terms, 6E, Copyright © 2003 by The McGraw-Hill Companies, Inc.
The following article is from The Great Soviet Encyclopedia (1979). It might be outdated or ideologically biased.

the property whereby a material fractures at a small, generally elastic deformation under the action of stresses, the average level of which is below the yield point.

The formation of a brittle crack and the development of brittle fracture are related to the formation of small zones of plastic deformation (seeSTRENGTH OF SOLIDS). The relative fractions of elastic and plastic deformations in brittle fracture depend on the properties of the material (the nature of the interatomic or inter-molecular bonds and the microscopic and crystal structures) and on the conditions of use. A material’s transition to a brittle state is facilitated by the application of tensile stresses along the three major axes (triaxial stress state), the concentration of stresses at sites of an abrupt change in the cross section of a part, a decrease in temperature, an increase in the cyclic rate of stressing, and an increase in the amount of elastic energy stored in a stressed structure. For example, marble, a relatively elastic material, undergoes brittle fracture upon tensile stressing, but under conditions of asymmetric compression relative to the three major axes, it behaves as a plastic material. The brittleness of a material becomes more evident as the stress concentration becomes greater. Thus, brittleness must be considered with respect to the conditions under which the material is used.

A condition for the growth of a brittle crack is a breakdown in the equilibrium between the energy of elastic deformation released in the process and the increase in the total surface energy, including the work of plastic deformation of the thin layer adjacent to the edges of the crack. The tensile strength of a component with a crack is inversely proportional to

, where l is half the length of the crack. A constant of the material

(fracture toughness factor) is introduced in the linear theory of elastic failure mechanics to characterize the resistance to the development of a crack under conditions of planar deformation. A brittle crack propagates at a high velocity—approximately 1,000 m/sec in steel, which is approximately one-fifth of the propagation velocity of an elastic shear wave. 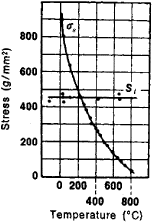 Figure 1. Transition of rock salt from the ductile state to the brittle state with decreasing temperature of tensile testing (after A. F. Ioffe)

The concept of the occurrence of brittle failure as a result of a small, preliminary plastic deformation constitutes the basis of the dislocation theory of fracture. The generation of brittle cracks is related to the planar accumulation of linear defects of the crystal lattice, or dislocations, in front of some barrier, which may be the boundary of a grain, subgrain, or various inclusions. A high stress concentration is produced in this process, which is proportional to the tangential stress of the external load and the length of dislocation accumulation.

A characteristic feature of cold-brittle transition elements is a sharp increase in the yield point upon a decrease in temperature below 20 percent of the melting point and upon an increase in the rate of cyclic deformation. An increase in the resistance to plastic deformation hinders the relaxation of stresses in a metal under load both in the stage of crack generation (in front of a dislocation accumulation) and in the stage of crack elaboration (in the plastic zone in front of the tip of the growing crack), thereby facilitating the metal’s transition to the brittle state.

Studies of fracture surfaces show that in brittle fracture, cracks in metals and alloys propagate along crystallographic planes of low index (cleavage) or along grain boundaries. The latter phenomenon is caused by the absorption enrichment of grain boundaries by contaminants (P, S, Sb, and other elements in steels), which sharply reduces the binding strength between grains.

Special types of brittleness, such as acid brittleness (hydrogen embrittlement) and the delayed fracture of steel and alloys, are seen only at very high loading rates or upon prolonged action of a static load below the yield point. In such cases, the metal may not display an increased tendency toward brittle fracture in ordinary impact testing. The fracture develops in three stages: an incubation period, a stage of slow growth of the brittle fracture, and rapid fracture after the crack reaches some critical length. The slow, discontinuous growth of a brittle fracture in tempered steel is related to the generation of elastic microstresses during tempering, which facilitate the growth of cracks at low, externally applied stresses. On the other hand, the facilitation of the growth of cracks in the case of acid brittleness is caused by the diffusion of hydrogen into the region of the stressed state in front of the growing crack.

That characteristic of a material that is manifested by sudden or abrupt failure without appreciable prior ductile or plastic deformation. A brittle fracture occurs on a cleavage plane which has a crystalline appearance at failure because each crystal tends to fracture on a single plane. On the other hand, a shear fracture has a fibrous appearance because of the sliding of the fracture surfaces over each other. Brittle failures are caused by high tensile stresses, high carbon content, rapid rate of loading, and the presence of notches. Materials such as glass, cast iron, and concrete are examples of brittle materials.

Old software that has been patched so many times that even small changes to the source code make the program fail. The term stems from metal that has been worked and reworked so often that it becomes brittle.

The term may also refer to software that was designed with very little error checking or a rigid set of assumptions that are no longer valid. In such cases, variations of input may cause the program to crash. See patch and spaghetti code.
Copyright © 1981-2019 by The Computer Language Company Inc. All Rights reserved. THIS DEFINITION IS FOR PERSONAL USE ONLY. All other reproduction is strictly prohibited without permission from the publisher.

Feedback
Flashcards & Bookmarks ?
Please log in or register to use Flashcards and Bookmarks. You can also log in with
Flashcards ?
My bookmarks ?
+ Add current page to bookmarks
Mentioned in ?
References in periodicals archive ?
Instrumentation: Testing technologies for rubber, including durometers/IRHD hardness testers, flexometers, testers for abrasion, rebound resilience, tensile, brittleness, densimeters, dies and clicker presses and more
Instrumentation, test equipment suppliers
"Its features lead one to think that it [the temperature] would be high.' If so, then he says it would have vastly better structural properties than the high-temperature superconducting materials (see p.106) that are getting so much attention now, but that are difficult to form into wires because of their brittleness.
Explaining carbon-cluster magic numbers
The different compositions of ceramic materials affect their mechanical properties, such as flexural strength, fracture toughness, fracture resistance, hardness, and, the main property to be investigated in this study, brittleness index.
Brittleness index and its relationship with materials mechanical properties: Influence on the machinability of CAD/CAM materials
However, one of the currently most popular brittleness definition is based on relationship between elastic moduli: Young's modulus (E) and Poisson's ratio ([nu]) (Grieser and Bray, 2007; Rickman et al., 2008; Sun et al., 2013; Luan et al., 2014).
ROCK ANISOTROPY AND BRITTLENESS FROM LABORATORY ULTRASONIC MEASUREMENTS IN THE SERVICE OF HYDRAULIC FRACTURING
[11] defined the brittleness from the energy point of view.
Brittleness Evaluation of Shale Based on the Brazilian Splitting Test
Brittleness = [Elastic area/(Elastic area + Plastic area)] = [Resilience/Toughness] (2)
Flexural properties of four fast-growing eucalypts woods deteriorated by three different field tests/Propriedades em flexao da madeira de quatro eucaliptos de rapido crescimento deterioradas por meio de testes de campo
Friability Test: Friability measures the sand's surface brittleness and abrasion resistance on mold edges, corners, parting lines and abraded mold surfaces developed during molding, core setting and handling.
Dynamic testing of green sand: can metalcasters better monitor sand properties by adopting additional testing methods?
The development of this curative solves a major drawback to epoxy polysiloxanes: brittleness and cracking that develops over time as the coating continues to cure.
SiVance unveils C1008 silicone curative to improve epoxy polysiloxane topcoats flexibility
This nail care regime will help to keep your nails strong and healthy and reduce brittleness and splitting.
KEEP YOUR NAILS STRONG; SELF HELP..
Rock brittleness is, to a large degree, controlled by its mineralogy [22, 23].
Hydraulic fracture extending into network in shale: reviewing influence factors and their mechanism
Finally, the behavior of the brittleness (B) of the FeB and [Fe.sub.2]B phases was evaluated by means of a model proposed by J.
A study on the effect of the boron potential on the mechanical properties of the borided layers obtained by boron diffusion at the surface of AISI 316L steel
The base material has good wear resistance, and when Nano-treated, it offers blade life closely comparable to full ceramic coated doctor blades, but without the brittleness and cracking risks associated to them.
Doctor blades