Central Intelligence Agency (CIA), independent executive bureau of the U.S. government established by the National Security Act of 1947, replacing the wartime Office of Strategic Services (1942–45), the first U.S. espionage and covert operations agency. While the CIA's covert operations receive the most attention, its major responsibility is to gather intelligence, in which it uses not only covert agents but such technological resources as satellite photos and intercepted telecommunications transmissions. The CIA was given (1949) special powers under the Central Intelligence Act: The CIA director may spend agency funds without accounting for them; the size of its staff is secret; and employees, exempt from civil service procedures, may be hired, investigated, or dismissed as the CIA sees fit. Under the U.S. intelligence agency reorganization enacted in 2004, the CIA reports to the independent director of national intelligence, who is responsible for coordinating the work and budgets of all 15 U.S. intelligence agencies. To safeguard civil liberties in the United States, the CIA is denied domestic police powers; for operations in the United States it must enlist the services of the Federal Bureau of Investigation. Allen Welsh Dulles, director from 1953 to 1961, strengthened the agency and emboldened its tactics.

The CIA has often been criticized for covert operations in the domestic politics of foreign countries. The agency was heavily involved in the failed 1961 Bay of Pigs invasion of Cuba, deeply embarrassing the United States. In 1971 the U.S. government acknowledged that the CIA had recruited and paid an army fighting in Laos. In 1973 the CIA came under congressional investigation for its role in the Pentagon Papers case. The agency had provided members of the White House staff, on request, with a personality profile of Daniel Ellsberg, defendant in the Pentagon Papers trial in 1973, and had indirectly aided the White House “Plumbers,” the special unit established to investigate internal security leaks. This direct violation of the National Security Act's prohibition led Congress to strengthen provisions barring the agency from domestic operations.

Its foreign operations came under attack in 1974 for involvement in Chilean internal affairs during the administration of Salvador Allende, and in 1986 it was shown to be involved in the Iran-Contra affair. Diminished in the early 1990s after the end of the cold war, it began rebuilding later in the decade, accelerating the process after the terror attacks of Sept. 11, 2001. It was subsequently hurt, however, by the revelation that Director George Tenet had insisted, prior to the Iraq invasion of 2003, that Iraq possessed weapons of mass destruction, and the quality of the intelligence that it had provided was criticized. One result of the intelligence failures relating to Sept., 2001, and Iraq was the reorganization of 2004, which demoted the director of the CIA and made the CIA one of several agencies overseen by the new position of director of national intelligence. The agency has been damaged also by revelations that it used torture in the aftermath of Sept., 2001; a Senate report released in 2014 asserted that the CIA's own documents indicate that the agency's claims of the utility of brutal interrogation were wrong. 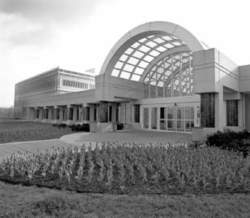 The new CIA headquarters in Washington, D.C., was completed in 1991. Not surprisingly, many conspiracists consider the CIA to be at the heart of subversive plots that harm American citizens.

Name almost any conspiracy and chances are you’ll find that the CIA is involved in some way.

Only die-hard supporters of the Bush administration were surprised when the CIA released a number of classified reports revising its prewar intelligence assessments of Iraq’s weapons of mass destruction (WMD). Any American who had a pulse clearly recalled the president telling the nation after the horror of September 11, 2001, that “intelligence reports” claimed that Iraq possessed large stockpiles of chemical and biological weapons and was attempting to acquire nuclear capability. CIA intelligence reports formed a main justification for the 2003 invasion of Iraq and validated the need for the United States to make a preemptive strike. According to journalist Bob Woodward’s book Plan of Attack, CIA director George Tenet told President Bush that finding WMDs in Iraq would be a “slam dunk.”

“The CIA has finally admitted that its WMD estimates were wrong,” Representative Jane Harman of California, ranking Democrat on the House Intelligence Committee, said in a statement to Reuters. She also called on CIA officials to conduct vigorous intelligence on Iran and North Korea, “where active WMD programs are known to exist.”

The Central Intelligence Agency was formed in 1947 and supplanted the OSS, the Office of Strategic Services, which had served the United States during World War II. The Agency was designed to gather intelligence, which meant stealing the Soviet Union’s secrets, and to counteract the plots of Soviet spies. It was the time of the Cold War, the iron curtain, brainwashing techniques, insidious Communist propaganda, and a Soviet leader’s threat that they would bury us.

The CIA statement of purpose and mission is designed to inspire confidence in the integrity and the righteousness of the Agency: “Our Vision—To be the keystone of a U.S. Intelligence community that is pre-eminent in the world, known for both the high quality of our work and the excellence of our people. Our Mission—Conducting counterintelligence activities, special activities, and other functions related to foreign intelligence and national security as directed by the presidents. How We Do Our Work—Accepting accountability for our actions. Continuous improvement in all that we do.”

Conspiracy theorists aren’t buying any of the flag-waving, high-minded statements of the CIA’s “vision and mission.” According to whistle-blowers within the government and elsewhere, ever since the early 1950s the U.S. government has funneled hundreds of billions of dollars through the Agency to fund the nation’s wars, black operations, and secret military projects. This is the dark underbelly of the shadow government. The only way these secret programs can obtain the funding they require without creating a national budget shortfall that would rouse public outcry is to engage in illicit operations. A good part of the reason that our government fought in Southeast Asia, defeated the Taliban in Afghanistan, and invaded Panama to oust Manuel Noriega was to protect its substantial interests in the drug trade in these areas, from which the CIA extracts hundreds of billions of dollars a year that is spent on secret programs. The CIA is involved in drug operations in the Golden Triangle and Golden Crescent in Southeast Asia and Asia Minor and in countries south of the U.S. border, such as Panama and Colombia. The rogue portion of the CIA stays just under the radar. It is ostensibly carrying out these programs to protect America’s prosperity and strength.

Conspiracy theorists are aware that the U.S. government, through the CIA, has manipulated and controlled many foreign governments for decades. It has often assassinated or disenfranchised foreign leaders of sovereign nations and installed puppet governments friendly to our interests.

The CIA has also conducted secret chemical and biological experiments on the American public for fifty years, injecting individuals, spraying areas of cities, infecting unsuspecting citizens. As many as half a million people have served as guinea pigs for the government without their knowledge. Soldiers, minorities, drug addicts, prison populations, homosexuals, and the entire populations of major U.S. cities have been wantonly used without their consent. Since 1998, conspiracy theorists have accused the secret government of spraying “chemtrails” across U.S. skies, permitting unidentified chemicals to fall on the population.

Perhaps the most consistently named black project of the CIA and rogue elements within the Pentagon, together with members of the Mafia and anti-Castro Cubans, is the assassination of President John F. Kennedy, who was planning to shut down the Vietnam War and declaw the CIA. But conspiracy theorists have a long list of other nefarious projects and dark dealings that they believe rogue elements within the CIA conducted, arranged, helped plan, or at least had prior knowledge of. The evil enterprises most persistently named by conspiracy theorists include the following:

In his Dirty Truths: Reflections on Politics, Media, Ideology, Conspiracy, Ethnic Life, and Class Power, Michael Parenti notes that the CIA is by definition conspiratorial. The CIA may use “covert actions and secret plans, many of which are of the most unsavory kind. What are covert actions if not conspiracies?”

Conspiracy theorists remind us that the ultimate goal of the most elite and exclusive secret societies has always been to consolidate all economic and political power into a new global network wholly controlled by the New World Order. In order to accomplish this goal, they need to bring down the United States from its present position of economic and political power. Currently, their agenda is to destroy us from within.

(CIA), the principal body of the government of the USA concerned with the gathering of foreign intelligence. Established in 1947, the role of the CIA is defined by the Central Intelligence Agency Act of 1949. The CIA, relying on legally or illegally obtained intelligence, keeps the leaders of the USA informed of the activities of foreign governments; it also coordinates the work of other American intelligence agencies.

The nucleus of the CIA’s central apparatus, which employs, according to some estimates, at least 10,000 people, includes three major departments: a center for the analysis of intelligence; a directorate of operations, whose activities include the planning of intelligence operations and the analysis of contacts with foreigners; and a directorate of science and technology, which handles such activities as the interception of radio signals and aircraft and satellite surveillance.

Some CIA agents work for the State Department or other agencies connected with foreign policy. The CIA makes extensive use of a variety of intelligence sources, including American diplomatic missions abroad, international scientific, technical, and cultural contacts, tourists, and public organizations. Researchers at more than 100 American universities and colleges, as well as journalists, supply the CIA with information.

The CIA carries out the USA’s covert international activities, which are primarily devoted to supporting reactionary forces throughout the world. The CIA planned the invasion of Cuba by mercenary forces in 1961, encouraged the counterrevolutionary uprisings in Hungary in 1956 and in Czechoslovakia in 1968, and played an active role in the USA’s war of aggression in Indochina. Relying heavily on the use of disinformation and slanderous propaganda, it conducts an intensive ideological war against the USSR and other socialist countries and against progressive and peace-loving forces. The CIA finances Radio Liberty and Radio Free Europe and helps publish books and pamphlets of, generally, an anticommunist nature.

The CIA has been involved in most of the reactionary coups d’etat and plots in developing countries—notably Guatemala, Indonesia, and Chile—and has planned the assassinations of progressive politicians. The CIA systematically gathers information on American citizens within the USA, although such activity is technically forbidden.

The annual budget of the CIA is not officially published; according to some estimates, it totals $4–5 billion. The director and deputy director of the CIA are appointed by the president of the USA; the appointment must then be confirmed by the Senate. The headquarters of the CIA is located in Langley, Va., a suburb of Washington, D.C.