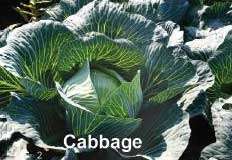 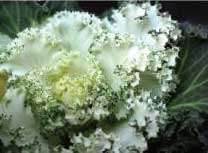 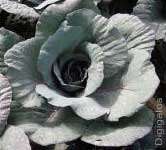 What does it mean when you dream about cabbage?

The state of this vegetable in the dream determines whether it is a good or bad portent. If rotting and with a bad odor, it may represent old, stagnating conditions in the dreamer’s environment or emotional state. Fresh cabbage is considered to be a cleanser and healing agent for sickness and depression.

[′kab·ij]
(botany)
Brassica oleracea var. capitata. A biennial crucifer of the order Capparales grown for its head of edible leaves.

1. any of various cultivated varieties of the plant Brassica oleracea capitata, typically having a short thick stalk and a large head of green or reddish edible leaves: family Brassicaceae (crucifers)
2. wild cabbage a European plant, Brassica oleracea, with broad leaves and a long spike of yellow flowers: the plant from which the cabbages, cauliflower, broccoli, and Brussels sprout have been bred
3.
a. the head of a cabbage
b. the edible leaf bud of the cabbage palm

Feedback
Flashcards & Bookmarks ?
Please log in or register to use Flashcards and Bookmarks. You can also log in with
Flashcards ?
My bookmarks ?
+ Add current page to bookmarks
TheFreeDictionary presents:
Write what you mean clearly and correctly.
Mentioned in ?
References in classic literature ?
Meantime the cabbages all turned very red in the face, and it seemed as if old Nick himself had taken possession of every thing in the shape of a timepiece.
Her shoes -- of pink leather -- are fastened each with a bunch of yellow ribbons puckered up in the shape of a cabbage. In her left hand she has a little heavy Dutch watch; in her right she wields a ladle for the sauerkraut and pork.
View in context
And when they came he gave them some of the good cabbage to eat, so that they became human again.
View in context
As Wolfert waxed old and rich and corpulent he also set up a great gingerbread-colored carriage, drawn by a pair of black Flanders mares with tails that swept the ground; and to commemorate the origin of his greatness he had for his crest a full-blown cabbage painted on the panels, with the pithy motto, ALLES KOPF, that is to say, ALL HEAD, meaning thereby that he had risen by sheer head work.
View in context
Smallweed, compelling the attendance of the waitress with one hitch of his eyelash, instantly replies as follows: "Four veals and hams is three, and four potatoes is three and four, and one summer cabbage is three and six, and three marrows is four and six, and six breads is five, and three Cheshires is five and three, and four half-pints of half-and-half is six and three, and four small rums is eight and three, and three Pollys is eight and six.
View in context
Yes, sister, I'm coming!" and the cabbage vanished suddenly.
View in context
"One mightn't be nervous, but I don't think there would be much inspiration in reciting to cabbage heads," said the Story Girl decidedly.
View in context
No need to plant a whole row of cabbages; you can spot individual cabbage plants here and there even among flowers wherever space permits.
Two ways to produce a second cabbage crop this season
The Kabaa assistant chief grows crops in the neighbourhood using water from River Athi.She is harvesting conventional and Chinese cabbages at a corner of her farm when the Seeds of Gold team arrives.
Drought? Life just got rosier
"We had a few cabbages that we had started growing altogether, but the others did not do as well as this one.
Couple proudly show off their giant cabbage which is the same size as a person; Rosemary Norwood and her husband Sean Cadman, who live in Australia, have been growing the cabbage at the bottom of their garden
Speaking to CNN, Norwood said while it did not always succeed, she attributed the success to "a good, wet spring, good rainfall and hot weather in the early summer." The couple also pruned nearby cabbages to allow the mammoth vegetable to grow at its own pace.
Australian couple grows cabbage almost as big as a man
Ahead of the Lunar New Year, Taiwan is exporting its 'ponkan' honey oranges and cabbages to Singapore, a key destination for the government's New Southbound Policy.
Taiwan exports honey oranges and cabbages to Singapore