cabinet, group of advisers to the head of the state who themselves are usually the heads of the administrative government departments. The nature of the cabinet differs widely in various countries. In Great Britain, where the cabinet system originated, it was at first a committee of the privy council and rose to its modern status only after the sovereignty of Parliament had been established by the Glorious Revolution of 1688 and the gradual emergence of party government in the 18th cent. The British cabinet is a body of ministers drawn from the party that possesses a majority in the House of Commons; it is responsible to the Commons for the conduct of the administration. The cabinet is chosen by the prime minister, who is guided by the necessity of choosing a group that will represent the disparate elements in his party. The defeat in the Commons of an important ministerial measure or a general election adverse to the government results in the fall of the cabinet. In continental European countries, where the two-party system is not the rule, the coalition cabinet is more common. Cabinet members need not be selected from the majority party nor necessarily from the legislature, and they may speak in either house of the legislature.

The U.S. cabinet was not specifically established by the Constitution; it evolved through custom and is now defined by statute law. The members of the cabinet are not members of either house of Congress and are responsible, individually and not as a body, to the president, who appoints them with the approval of the Senate and may remove them at will. The cabinet member may not address Congress but may be called as a witness before congressional committees. As an advisory body, the U.S. cabinet is generally a weak institution and is often overshadowed by a strong president and his staff. The first cabinet appointments (1789) were the secretaries of State, the Treasury, and War. Since then the size and composition of the cabinet has varied considerably. Presently the 15 executive departments whose heads sit in the cabinet are the departments of State; the Treasury; Defense; Justice; the Interior; Agriculture; Commerce; Labor; Health and Human Services; Housing and Urban Development; Transportation; Energy; Education; Veterans Affairs; and Homeland Security. 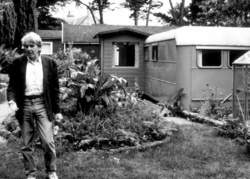 Feedback
Flashcards & Bookmarks ?
Please log in or register to use Flashcards and Bookmarks. You can also log in with
Flashcards ?
My bookmarks ?
+ Add current page to bookmarks
Mentioned in ?
References in periodicals archive ?
'Moreover, not a single Cabinet ministers had asked Najib to leave the Cabinet meeting either during or before the memorandum was being discussed,' she said in her testimony.
Najib claimed no vested interest in SRC International during Cabinet meetings, says witness
After the Chief Minister's Office sent a note to the chief secretary asking him to make arrangements for the cabinet meeting, Subramaniam started consulting other top officials on whether such a meeting can be held when model code of conduct was in force and election results were awaited.
Andhra Pradesh witnesses bizarre fight between chief minister and chief secretary
Before starting of the cabinet meeting, the Chief Minister in a brief chat with the local media men said all the promises made with people of the merged areas with regard to employment, development, health, education, roads, drinking water, sehat insaf cards, promotion of tourism would be fulfilled.
First ever historic KP cabinet meeting begins in Khyber
Chief Minister's spokesman Dr Shahbaz Gill, however, believes that the cabinet meeting in Bahawalpur has a symbolic value.
Bahawalpur cabinet meeting seems more of symbolism than substance
The Cabinet meeting adopted a bill on the promotion of start-ups and a draft decree approving the final reports of the committee for the recognition and delimitation of lands in the state private domain of the governorate of Kef, (delegations of West Kef and Dahmani).
Cabinet meeting approves bill on promotion of start-ups
Australia, meanwhile, is continuing its long-term policy of not allowing communication devices&nbsp;in cabinet meetings. Prime Minister Malcolm Turnbull is known to be fond of technology and has been caught checking his Apple Watch in the Chamber of the House of Representatives.
Apple Watches Banned From UK, Australian Cabinet Meetings
A spokesman for the Welsh Conservatives said: "Our plans would not only include holding cabinet meetings around Wales, but Welsh Conservatives would also introduce ministers for North and Mid and West Wales."
Plaid in pledge over access
"By chairing the latest Cabinet meeting, Erdoy-an has practically taken hold of the government completely.
MHP leader says Erdoy-an staged 'palace coup' against Davutoy-lu gov't
On July 30, the Hooda Cabinet meeting decided to revise the prize money for the Commonwealth medal winners, exempt 30- day service break to regularise the group B, C and D employees, set up Kesh Kala and Kaushal Vikas Board and extend free leave benefits to the temporary women employees.
HOODA SHOWERS SOPS AHEAD OF POLLS
Independent journalists who always covered the cabinet meetings said they were told to disperse after the meeting was reportedly cancelled.
South Sudan's cabinet postponed meeting over negligence
Normally, cabinet meetings are held at the Civic Offices, in Barry.
Transparency at Vale council
We have an office there, there are facilities to have cabinet meetings.
No North/Soth bias says Carwyn; FIRST MINISTER HITS THE ROAD ...AND I'LL PROVE IT BY BRINGING MY CABINET UP A470 Tour.. Carwyn Jones FOR A MEETING