see seaweedseaweed,
name commonly used for the multicellular marine algae. Simpler forms, consisting of one cell (e.g., the diatom) or of a few cells, are not generally called seaweeds; these tiny plants help to make up plankton.
..... Click the link for more information. ; RhodophytaRhodophyta
, phylum (division) of the kingdom Protista consisting of the photosynthetic organisms commonly known as red algae. Most of the world's seaweeds belong to this group.
..... Click the link for more information. .
The Columbia Electronic Encyclopedia™ Copyright © 2013, Columbia University Press. Licensed from Columbia University Press. All rights reserved. www.cc.columbia.edu/cu/cup/ 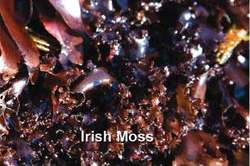