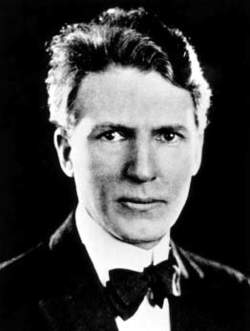 British-born Hereward Carrington’s interest in psychic matters was aroused at the age of eighteen. His inclination was to disbelieve reported psychic phenomena, until he read Essays in Psychical Research by “Miss X” (London, 1899). (“Miss X” was A. Goodrich-Freer, the Marquess of Buze.) In 1900, at the age of nineteen, Carrington became a member of the Society for Psychical Research and from then on devoted his life to the study of the paranormal.

Carrington quickly established a reputation for his intellect and common sense. After Dr. Richard Hodgson died, and Professor James Hervey Hyslop took over the leadership of the Society for Psychical Research, Carrington became Hyslop’s assistant, a position he maintained until 1908. He went to Naples to investigate the medium Eusapia Paladino, on whom he reported favorably, saying “genuine phenomena do occur and, that being the case, the question of their interpretation naturally looms before me. I think that not only is the Spiritualist hypothesis justified as a working theory, but it is, in fact, the only one capable of rationally explaining the facts.”

In 1921, Carrington was the American delegate at the first International Psychical Congress in Copenhagen. That same year he founded the American Psychical Institute and Laboratory. In 1924, he sat on the committee of The Scientific American for the investigation of the phenomena of Spiritualism.