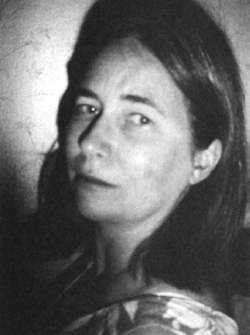 Margaret Louise Carter, bibliographer, author, and editor, was born in Norfolk, Virginia. She had developed an interest in vampires after reading Dracula (1897) at the age of 13. In 1970, while in college, she compiled an anthology of vampire stories, Curse of the Undead. That same year she wrote the preface to a reprint of Varney the Vampyre edited by D. P. Varma. Two years later she edited a second collection of short stories, Demon Lovers and Strange Seductions.

In 1975 she began the work that has to date brought her the greatest degree of fame in the vampire world. Shadow of a Shade: A Survey of Vampirism in Literature, which won The Dracula Society award in 1976, was the first of four books on vampire and gothic horror bibliography and literary fiction. It was followed by Specter or Delusion? The Supernatural in Gothic Fiction (1987), Dracula: The Vampire and the Critics (1988), and her monumental The Vampire in Literature: A Critical Bibliography (1989), which included a comprehensive listing of English-language vampire fiction. Each item in the bibliography was annotated with a set of codes indicating the nature of the vampire and/or vampirism to be found in the work. It appeared amidst an unprecedented growth in interest in the literary vampire. Carter has annually issued a supplement that cites all of the year’s new fiction as well as any past items she missed in the original bibliography. In recent years, the annual supplements have been issued in electronic form on her website. In this work she has placed future writers on vampires in her debt.

Most recently, she has contributed to nonfiction writing with her study of Different Blood: The Vampire As Alien, in which she explores the continuing relevance of the vampire as other against the popular sympathetic vampire one often finds in romantic fiction.

Carter is also a writer of vampire fiction. Her first vampire short story, “A Call in the Blood,” appeared in 1987. She has continued as a productive author to the present, with her most recent titles including Sealed in Blood (2003), Child of Twilight (2003), and Crimsom Dreams (2004). For over a decade she edited The Vampire’s Crypt, a journal featuring vampire-oriented short fiction (1991–2002).

Carter is also an active participant and officer in The Lord Ruthven Assembly. She continues to promote young authors through her Internet site, Carter’s Crypt (http://www.margaretlcarter.com/).