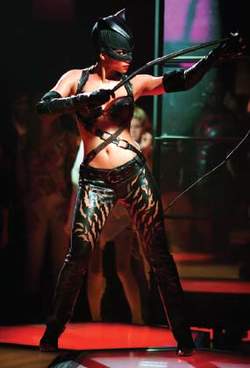 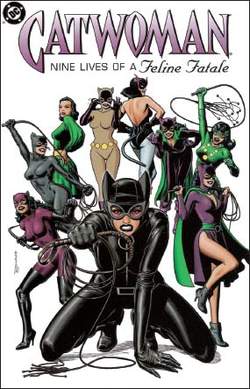 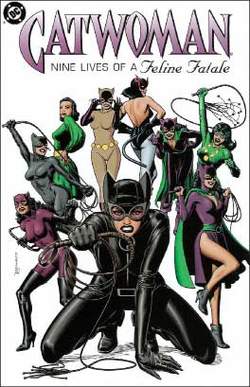 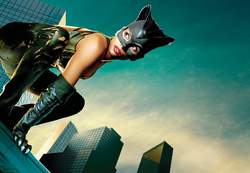 Feedback
Flashcards & Bookmarks ?
Please log in or register to use Flashcards and Bookmarks. You can also log in with
Flashcards ?
My bookmarks ?
+ Add current page to bookmarks
Mentioned in ?
References in periodicals archive ?
Bratt's no Bat, and there's not a hint of sizzle in their neutered love scenes - certainly none of the heat that Catwomen such as Julie Newmar and Eartha Kitt cooked up with Batman.
WORST BIT: Ophelia Powers (yes, really) explains the ridiculous history of the Catwomen.
DAVID EDWARDS ON THE NEW MOVIES: CAT LITTER
Halle, following in the pawprints of previous Catwomen, including Lee Meriweather, Eartha Kitt and Michelle Pfeiffer, had to prepare for the high-octane part, learning the Brazilian martial art Capoeira.
Culture: Pussy galore; Halle Berry used to be a 'dog person'. Simon Harper discovers why she found becoming a cat just purrfect