the interaction of positive ions with neutral atoms, neutral molecules, or the surface of a solid, resulting in the exchange of electrons between the interacting particles. Analogous interactions of negative ions are also often referred to as charge exchanges. 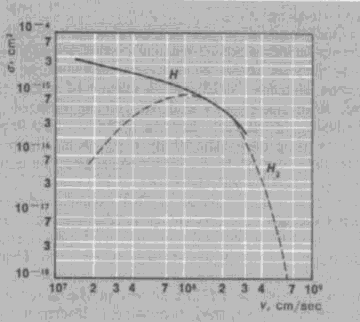 Resonant charge exchange that results in the formation of an excited—rather than ground-state—neutral atom or molecule is possible when an electron is captured in one of the free higher energy levels.

Charge exchange near the surface of a metal, which occurs when an ion captures an electron from the metal, proceeds similarly to ionic charge exchange in gases. The capture of two electrons with the formation of a negative ion is a special case of charge exchange; this occurs with positive atomic or molecular ions of electronegative gases.

The tunnel effect is an essential aspect of the mechanism of charge exchange. Various techniques that rely on charge exchange are used in plasma diagnosis.