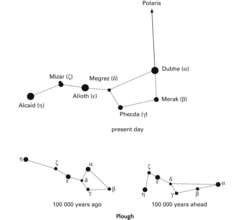 US name for the Plough.

[¦big ′dip·ər]
(astronomy)
A group of stars that is part of the constellation Ursa Major. Also known as Charles' wain.