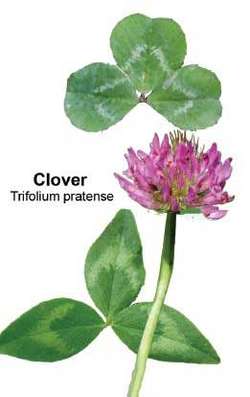 High in protein, contains 4 phytoestrogens. Helps regulate hormone balance and protect the body from cancer and other side effects of estrogen dominance. Also has isoflavones for cancer prevention. Helps enlarged prostate, menopause, hot flashes, skin healing, wounds, psoriasis. Red clover blossom and garlic- help thin blood, keep blood vessels pliable and reduce cholesterol, which alleviates high blood pressure and reduces the risk of blood clots. Clover blossoms are an expectorant, good for spasmodic coughs, bronchitis, asthma. Floral infusion in a douche helps alleviate vaginal itching. Plant red clover under fruit trees to provide lots of nutrients and nitrogen for the fruit trees. The roots go down 128 feet! It brings back serious nutrients from deep down. Use the flower. You can use the leaves but it may cause you gas unless you blend it up really good or make a tea with it. It’s best to not harvest red clover late in the year because it starts producing poison alkaloids. Never ferment clover- eat it fresh or dried, never in between. Dried flowers good for tea. The root is edible. Dried seed pods, leaves and flowers can be ground into powder. Flowers are sweet, anise-like with a hint of licorice. Raw flower heads can be difficult to digest. TOXIC LOOKALIKE- Crown Vetch, which has different leaves. Clover leaves look like clover, while crown vetch has little thin leaves on each side of leaf stem.
Edible Plant Guide © 2012 Markus Rothkranz
The following article is from The Great Soviet Encyclopedia (1979). It might be outdated or ideologically biased.

[′klō·vər]
(botany)
A common name designating the true clovers, sweet clovers, and other members of the Leguminosa.
A herb of the genus Trifolium.
McGraw-Hill Dictionary of Scientific & Technical Terms, 6E, Copyright © 2003 by The McGraw-Hill Companies, Inc.

1. any plant of the leguminous genus Trifolium, having trifoliate leaves and dense flower heads. Many species, such as red clover, white clover, and alsike, are grown as forage plants
2. any of various similar or related plants
3. sweet clover another name for melilot
4. pin clover another name for alfilaria
Collins Discovery Encyclopedia, 1st edition © HarperCollins Publishers 2005

(communications, protocol)
A protocoll similar to packet radio or AMTOR.
This article is provided by FOLDOC - Free Online Dictionary of Computing (foldoc.org)