confession, in law, the formal admission of criminal guilt, usually obtained in the course of examination by the police or prosecutor or at trial. For a confession to be admissible as evidence against an accused individual, it generally must have been procured voluntarily after the person was informed of his or her right to remain silent and right to consult an attorney (see Miranda v. Arizona). If a confession is obtained through torture, threats, prolonged interrogation, or false promises of immunity from prosecution, it is inadmissible, but law enforcement officials may and do use psychological pressure, which can lead to false confessions. A signed confession is presumed to be voluntary, and the accused must introduce proof that it was extorted in order to prevent its introduction at the trial. In 1981 the U.S. Supreme Court ruled that murder defendants should be informed of their right to remain silent during interviews with psychologists, who might later testify for the prosecution that the client was “dangerous” and thus deserving of a stiff penalty. A 1986 ruling stated that a criminal defendant entering a plea of “not guilty” had the right to describe to the court how his confession was obtained by police. The ideal of a voluntary confession was upset recently, however, in the case of Arizona v. Fulminante (1991). There, the Supreme Court ruled that coerced confessions do not invariably nullify a conviction, but can be regarded merely as “harmless errors”—at least where additional incriminating evidence is available. Usually, a person who does not plead guilty cannot be convicted solely on the basis of his confession. 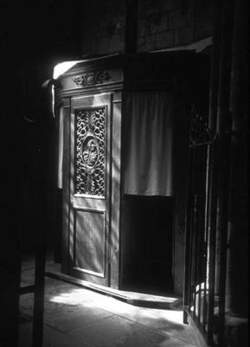 Feedback
Flashcards & Bookmarks ?
Please log in or register to use Flashcards and Bookmarks. You can also log in with
Flashcards ?
My bookmarks ?
+ Add current page to bookmarks
Mentioned in ?
References in periodicals archive ?
(36.) After Allen, there were several Chinese introductions to Augustine that appeared at the beginning of the 1900s, such as Timothy Richard's "Biography of Augustine" (1901) and Hu Yigu's translation of the Confessiones (1909).
The Biography of St. Augustine in the Catholic Encounter with China
GHERRO (cur.), Confessione e dichiarazione delle parti nelle cause canoniche di nullita matrimoniale, CEDAM, Padova 2003, 99-145; tambien en btcaev.
El valor de la declaracion de las partes en el proceso de nulidad
Linda Olson in a series of articles--"Reading Augustine's Confessiones in Fourteenth-Century England: John de Grandisson's Fashioning of Text and Self," Traditio 52 (1997), 201-57; "Untangling the Thread of Internal Progress in a Benedictine Community: An Abridgement of Augustine's Confessiones from Medieval Norwich," Studies in Medieval and Renaissance History 3rd ser., 1 (2001), 41-79; "Did Medieval English Women Read Augustine's Confessiones?
The ends of reading in the Merchant's Tale
Professor Nightingale's discussion of time in Augustine justly centers on Confessiones XI.
Nightingale, Andrea. Once out of Nature: Augustine on Time and the Body
Algunos lo han pretendido: Confessiones de Agustin es el intento de clarificacion de la interioridad como paso previo a la especulacion, el recorrido de la interioridad en su status empirico y en su relacion constituyente con el mundo, ?que soy en conexion con lo que he sido y sere?
La primera palabra y la ultima palabra
Olson's essay considers written sources as well as visual representations of Monica and argues that she is depicted in these medieval sources far more frequently than would be suggested by her presence in Augustine's Confessiones. Monica is an important spiritual leader in her own right, and Olson is justified in hoping that this essay will help to draw her "once again from the enormous filial shadow where scholarship has too frequently and too complacently left her" (42).
Kathryn Kerby-Fulton, ed. Women and the Divine in Literature before 1700: Essays in Memory of Margot Louis