Coriolis effect (kôrˌē-ōˈlĭs) [for G.-G. de Coriolis, a French mathematician], tendency for any moving body on or above the earth's surface, e.g., an ocean current or an artillery round, to drift sideways from its course because of the earth's rotation. In the Northern Hemisphere the deflection is to the right of the motion; in the Southern Hemisphere it is to the left. The Coriolis deflection of a body moving toward the north or south results from the fact that the earth's surface is rotating eastward at greater speed near the equator than near the poles, since a point on the equator traces out a larger circle per day than a point on another latitude nearer either pole. A body traveling toward the equator with the slower rotational speed of higher latitudes tends to fall behind or veer to the west relative to the more rapidly rotating earth below it at lower latitudes. Similarly, a body traveling toward either pole veers eastward because it retains the greater eastward rotational speed of the lower latitudes as it passes over the more slowly rotating earth closer to the pole. It is extremely important to account for the Coriolis effect when considering projectile trajectories, terrestrial wind systems, and ocean currents.
The Columbia Electronic Encyclopedia™ Copyright © 2022, Columbia University Press. Licensed from Columbia University Press. All rights reserved. 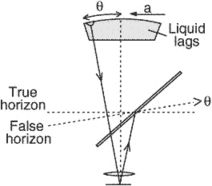 Feedback
Flashcards & Bookmarks ?
Please log in or register to use Flashcards and Bookmarks. You can also log in with
Flashcards ?
My bookmarks ?
+ Add current page to bookmarks
Mentioned in ?
References in periodicals archive ?
The country lies within the equatorial zone 5o North and 5o South where Coriolis effect is zero.
Cyclones: Causes, risks and where they occur
Note that even if the vorticity vector in (4) is only time dependent, that is, without spatial dependence, the Coriolis effect gives rise to the vorticity.
Solutions of Navier-Stokes Equation with Coriolis Force
Now let's move on to Coriolis Effect. Once you turn a bullet loose into the atmosphere, the Earth turns independent of it, and believe it or not, the Earth's movement can reposition the target during the bullet's flight enough to make you miss at extreme range.
As the world turns: how our spinning planet and a spinning bullet affect your bullet's trajectory
The two vibrating tubes rotate around the two fixed end points, creating a Coriolis effect when mass flows through.
Coriolis mass flow meters for bulk measurement
The first to use three-dimensional models, Barranco investigated the Coriolis Effect, the same mechanism that produces cyclones and tornadoes on earth, and vertical shear.
Turbulence plays critical role in planet formation
Thanks to the Coriolis effect my sense of what is normal is completely warped.
Spin cycle: Airman photographer takes on the air force centrifuge
The Coriolis effect creates a different wind pattern.
Fire screen: new tools give insurers better information for underwriting areas prone to brush and forest fires
Yeagley believed that the pigeon's 'homing' instinct was linked to the earth's electro-magnetic field and the 'coriolis effect' of the planet's rotation.
Death by pigeon planned in Cold War bio-terror plot
The problem of tides is that of a fluid motion modified by the geometry (including depth) of ocean basins, by friction, and by such forces as the Coriolis effect due to Earth's rotation.
Tides and their seminal impact on the geology, geography, history, and socio-economics of the Bay of Fundy, eastern Canada
"Scattered Voices" was written in homage to humanity, while "Coriolis Effect" gets its title from the effect that determines the swirl direction of water going down the drain.
Two premieres will be among concerts at UO music school
Today, it is almost commonplace to measure the Coriolis effect; models are small and light enough to hold in one hand and require very little support in a pipeline, making them useful in a wider number of applications.
Flow measurement in the new millennium: Coriolis and ultrasonic sensors will replace other technologies. (Manufacturing Operations)
The heart of the vibrating structure gyroscope is a tiny ring vibrating in a small box; the Coriolis effect is used to calculate the angular rate, according to Field.
Gyros to go. (Technology Focus)