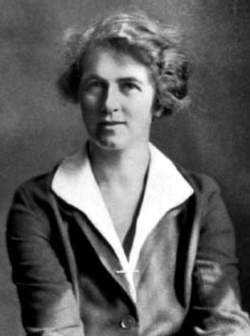 Mina Stinson Crandon, one of the leading Spiritualist mediums of the 1920s.Courtesy Fortean Picture Library

Mina Stinson Crandon, daughter of a Canadian farmer, became one of the leading Spiritualist mediums of the 1920s. She was also one of the most controversial, with differences of opinion over the genuineness of her phenomena deeply dividing the American Society for Psychical Research (ASPR). As a teenager, she moved to Boston to play piano, cello, and cornet with various orchestras and dance bands. She also worked as an actress, ambulance driver, and secretary. In 1910, she married the owner of a grocery store but after eight years divorced him and married Dr. LeRoi Goddard Crandon.

Dr. Crandon was Professor of Surgery at the Harvard Medical School for sixteen years. He read Dr. W. J. Crawford’s book The Psychic Structures in the Goligher Circle (1921), which detailed the results obtained with the medium Kathleen Goligher and others of her family. He then started his own experiments at home with his wife Mina and close friends. The first sitting, a table tipping séance, was held in May, 1923. Mina Crandon seemed to have more luck than anyone else at causing the table to move. In further sittings she was able to produce raps and later went into trance. Earlier Mina Crandon had visited a medium and received a message from her deceased older brother Walter. He was to become her spirit guide and to lead her séances.

The group found that they could dispense with a table and sit in a circle with their hands joined in a chain. They made a cabinet which Mina—who later took the name “Margery” for public demonstrations—would sit in. She produced automatic writing, psychic music, and eventually direct voice. At one séance, the spirits demonstrated their presence by wrecking the cabinet. Clocks would also be stopped at announced times.

Word quickly spread of the phenomena that Margery was producing. Scientific investigations began, conducted by a Harvard group consisting of Professor William McDougall, Dr. Roback, Dr. Gardner Murphy and his assistant Harry Helson. Margery’s guide Walter produced phenomena all over the house and the investigators had to request him to keep it to one room, for the purposes of better control.

By the end of the year the Crandons visited Europe. In Paris, Margery was investigated by Professor Charles Richet, Dr. Geley, and others. Despite strict control, excellent phenomena were produced. In London, the Society for Psychical Research (SPR) tested Margery using a special “fraudproof” table designed by Harry Price. In full light, the table was twice levitated to a height of six inches. Photographs were taken at séances at the British College of Psychic Science, establishing Margery as a powerful medium.

On her return from Europe, Margery developed as a materialization medium. Nandor Fodor listed some of the phenomena she produced almost immediately, “Psychic lights signaled the first phase, ghostly fingers lit up the darkness and produced contacts, curious forms, called by Walter his ‘psychic pet animals,’ were observed, independent writing developed on a phosphorescent background. Materialized hands performed pick-pocketing stunts and, as a further evolution in vocal phenomena, whistling and syncopated raps, rendering tunes, followed.”

On the recommendation of Sir Arthur Conan Doyle, the Scientific American committee started its investigation on April 12, 1924. Scientific instruments were used. Fodor reported, “Effects were produced in a sealed glass jar, on scale and electric bells under a lid. A paraffin glove was manufactured by an invisible hand.” Hereward Carrington pronounced the mediumship as genuine, and J. Malcolm Bird agreed with him. Harry Houdini did not agree, and Malcolm Bird and William McDougall wanted to see more before committing themselves. Other investigative committees followed. Dr. Eric J. Dingwall, who had sittings with Margery in January and February of 1925, stated that “phenomena occurred hitherto unrecorded in mediumistic history … the mediumship remains one of the most remarkable in the history of psychical research.” Arthur Conan Doyle summed up the committee’s results by saying, “It was difficult to say which was the more annoying: Houdini the conjurer, with his preposterous and ignorant theories of fraud, or such ‘scientific’ sitters as Professor McDougall, of Harvard, who, after fifty sittings and signing as many papers at the end of each sitting to endorse the wonders recorded, was still unable to give any definite judgement, and contented himself with vague innuendos. The matter was not mended by the interposition of Mr. E. J. Dingwall of the London SPR, who proclaimed the truth of the mediumship in enthusiastic private letters, but denied his conviction at public meetings.”

Some results stand out from the many experiments and tests that were developed. The first is the thumb prints produced in wax by Walter; he claimed they were his own prints from the spirit world. These were produced at séances on various occasions. The prints were eventually found to be fraudulent, and actually belonged to Dr. Frederick Caldwell, Margery’s dentist. The disclosure of this fraud brought about a major split in the ASPR, with Dr. Walter F. Prince breaking away and forming the Boston Society for Psychical Research. It also led to the eventual failure of Margery’s mediumship and loss of her followers and admirers.

Another more positive test result was the Chinese writing produced as part of a cross correspondence experiment. Two columns of Chinese characters were produced by Margery, in total darkness, on specially marked paper. She had no knowledge of Chinese. In a cross correspondence experiment, Malcolm Bird picked out a sentence which was to be received in Chinese by Dr. Henry Hardwicke, located 450 miles away in Niagra Falls. The sentence was, “A rolling stone gathers no moss.” Dr. Hardwicke sent a telegram, followed two days later by his original manuscript, in which he had written a Chinese sentence roughly meaning “A traveling agitator gathers no gold,” accompanied by the symbols for bird and hill and the name Kung-fu-tze.

The members of the American Society for Psychical Research were split on whether or not they could accept the various phenomena produced by Margery. Their disputes continued into the 1930s, and researchers and historians still debate the issue. The complete story of Margery’s mediumship is covered in Margery, the Medium by J. Malcolm Bird (Boston, 1925).