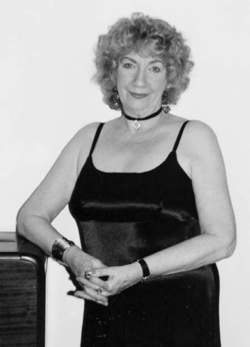 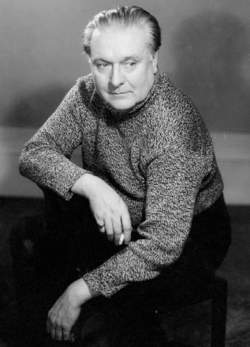 Wiccan High Priestess living in Sheffield, Yorkshire, England. Often referred to as a "Grandmother" of the Craft, Patricia has been a leading spokeswoman for the Old Religion in books, and through lectures and the media, for many years. She was initiated by Gerald Gardner in 1960 and has since worked continuously to aid the renaissance of the old Religion and to establish greater harmony and understanding between humankind and the rest of the natural world.

She was born Patricia Claire Dawson, in Sheffield. Her great-grandmother, who moved to Sheffield from Brittany, was an herbalist and card reader who met and married William Dawson of Dublin. Patricia's maternal grandmother was born Elizabeth (Tizzy) Machin, the surname meaning "fairy" or "elf."

The Dawsons were business people and lived next door to a palmist, Madame Melba, who gave Patricia a crystal ball and said that the little girl would become famous, accurately predicting that the Moon would play an important part in her life. Certainly as a child, Patricia experienced synchronistic links with the Moon and with the Goddess. Much of her childhood seemed to presage with her later life as a Pagan and Witch. At an early Christmas party, she was voted "Fairy on the Moon" and enthroned on a large, illuminated crescent. Her parents gave her a snake bracelet, symbol of wisdom and rebirth. Her later performances included a dance called "Child Immortal" and a song titled, "In the Valley of the Moon." As a young woman she played the part of Robin Hood in English pantomime (where the leading man is always played by a young woman). She also played the lead in a revue that featured a tableau, "The Legend of the Moon Goddess."

Trained in dancing, singing, music and acting, Patricia toured successfully in shows throughout Great Britain. Even today, she continues to perform as a singer, magician and puppeteer. In 1956 she did a summer show at Shanklin, Isle of Wight, where she met the stage magician, Arnold Crowther, a meeting predicted by a Manchester card reader two years earlier. Arnold felt strongly that they had met before, in previous lives, and showed her that he had even made puppets that looked like her. For her part, Patricia gave Arnold a book she had recently found called Witchcraft Today, by Gerald Gardner. Arnold told her that he knew the author and proceeded to write to Gardner, arranging for a meeting on the Isle of Man. Apparently Gardner had long before predicted that Arnold would meet a fair-haired woman who would initiate him into the Craft.

Patricia was initiated by Gardner on June 6, 1960, in Gardner's cottage on Malew Street, Castletown, on the Isle of Man. Patricia then initiated Arnold, in keeping with tradition that a Craft male initiates a female and a female initiates a male. Patricia received a coral necklace from Gardner, together with a silver-handled athamé as her personal tool. The "Grand Old Man of Witchcraft" also gave the couple their coven tools. Five months later, on November 8, 1960, Patricia and Arnold were joined together in the old ritual of Handfasting, with Gardner officiating. The following day they went through a civil ceremony, much publicized by the local press.

Gardner took both Patricia and Arnold to the Second Degree on October 11, 1961, and to the Third Degree just three days later, which also happened to be Patricia's birthday. Both of these two elevations took place at Gardner's cottage.

The Crowthers were frequently asked for interviews by the media. One interviewer asked if Patricia would like to meet others interested in the Old Religion. She said she would. To Patricia's surprise, the resulting article was published with the heading: "Witch Seeks Recruits for Coven." This resulted in many inquiries about admission, yet only one man seemed to be a genuine seeker. Over the years, however, others joined and a coven was established.

Gardner and the Crowthers kept in touch and Patricia found that she and Gardner frequently shared dreams, often imparting knowledge of bygone Witchcraft practices. As the result of a television appearance, Patricia was approached by an old lady claiming to be the descendant of a long hereditary line. Over time, she passed on to Patricia an old athamé and details of her 300-year-old tradition. This too was something which Gardner had predicted.

The Crowthers co-authored The Witches Speak (Athol Publications, 1965) and The Secrets of Ancient Witchcraft (University Books, 1974). For BBC Radio Sheffield, they presented the first British radio series on Witchcraft, A Spell of Witchcraft. It was first broadcast on January 6 (Twelfth Night), 1971. Their coven's magic was directed almost exclusively at healing, and achieved many positive results. In the Circle, Patricia would also practice scrying, with many visions of past lives devoted to the Craft.

Patricia's many books include Witchcraft in Yorkshire (1973), Witch Blood! (1974), Lid Off the Cauldron (1981), The Zodiac Experience (1992), her autobiography, One Witch's World (1998) and a novel, Witches Were for Hanging (1992). She has also contributed to many periodicals, is a frequent guest on radio and television shows, and has lectured internationally, fulfilling her desire to correct misconceptions about the Craft. She has been instrumental in reviving memories of the Great Goddess in order, as she says, "to achieve a greater harmony on spiritual levels of thought concerning the concept of Divine Duality, and in furthering equal opportunity and rights for women in general."

English Witch, husband of Patricia Crowther, who considered him an "old soul." He became a close friend of Gerald Gardner. Arnold and his fraternal twin brother, Norman, were born in Chatham, Kent, England, on October 6, 1909. His father was an optician from Yorkshire and his mother a Scot from the Mull of Galloway area. From an early age Arnold was fascinated by stage magic and surreptitiously practiced sleight of hand in his bedroom. After leaving school, and an uninspired start as an optician, he turned to his love of magic and took to the stage. By the time he was twenty he was touring as a professional magician and ventriloquist.

Arnold ran his own summer show, appeared in cabaret and, in 1938-1939, was asked to entertain the then Princesses Elizabeth and Margaret at Buckingham Palace. This led to his acceptance as a "Society Entertainer." He was a founder member of the Puppet Guild, making more than 500 puppets. He also became a collector of curios and ancient religious artifacts, occasionally lecturing about them. He became a Freemason and developed an interest in Buddhism.

Arnold met Gerald Gardner and his wife Donna at a lecture given by folklorist Christina Hole in London just before World War II. They became good friends and Gardner's talk of Witchcraft captured Arnold's attention. Gardner told him that the time would come when a "very special lady" would initiate him into the Craft of the Wise.

During the war years, Arnold joined E.N.S.A. (the Entertainers National Services Association) and toured the European war zones, entertaining troops with his "Black Magic" show, named from the show's African Basuto choir. While in North Africa, an African witch doctor gave him a special blessing and the title "White Witch Doctor." In France, his show played for the troops in concerts in cinemas and once narrowly missed a direct hit from a bomb due to an error in bookings. While in Paris he visited a palmist named Madame Brux, who told him that he had had a past life as a Tibetan beggar monk. At a later séance, Madame Brux communicated with a spirit claiming to be Arnold's teacher from a previous life and his guide in the present incarnation. There followed contact with a student from a Tibetan lamasary who wanted to return Arnold's property from that lifetime. An apport arrived on the séance table. It turned out to be a Tibetan prayer wheel containing a scroll bearing the mantra Om mani padre hum.

Arnold acquired other Tibetan artifacts over the years: a drum made from a human skull, a trumpet made from a human thigh bone, a butter lamp and a rattle hand drum. A British Museum expert told him that they were all objects that would be owned by a Z'i-jed-pa, or "Mild Doer"—a homeless medicant class of Yogi regarded as a saint, who should attain Nirvana after death and so put an end to his cycle of rebirths. Arnold later came across evidence that seemed to indicate he had been such a monk but had been sent back for a further incarnation because of killing a soldier in a skirmish in 1904, four years before Arnold's birth.

While stationed in the Orkneys, Arnold obtained a copy of Aleister Crowley's Magic in Theory and Practice. Although it was not stage magic, he was fascinated and later visited Crowley, taking Gerald Gardner with him at Gardner's request. This meeting is confirmed in Crowley's diaries. An entry for 1947 states, "Thursday, May 1—Dr. G. B. Gardner, Ph.D. Singapore, Arnold Crowther, Prof. G. a Magician to tea. . . ."

In 1956, as Gardner had predicted, Arnold met a fair-haired woman, Patricia Dawson, in a summer show on the Isle of Wight. She later initiated Arnold into the

Craft. In 1960 they were married, first in a Craft Handfasting and later in a civil ceremony. The two went on to achieve prominence as spokespersons for Wicca.

In addition to numerous magazine and newspaper articles on modern day Witchcraft, the Crowthers wrote books (see Patricia Crowther above) and presented a Witchcraft series on BBC Radio. Arnold, who continued his stage magician appearances after the war, also wrote children's books and one on stage magic. His autobiography was serialized on BBC Radio between 1975 and 1977. Arnold died on May 1 (Beltane), 1974. At his request, a Scottish piper played a lament at his graveside. As the sound of the pipes died away, everyone heard the sound of a babbling brook, a sign from the other side.