a system of bonds in which at least one atom is joined by double bonds to two neighboring atoms. Cumulated bonds in the 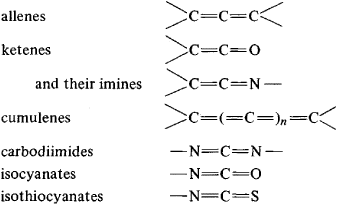