Davis, Andrew Jackson, 1826–1910, American spiritualist, b. Blooming Grove, N.Y. He became a professional clairvoyant, known as the “Poughkeepsie Seer,” after being mesmerized in 1843. He was popular among followers of abolitionist, feminist, and temperance movements. Influenced by the ideas of Swedish philosopher Emmanuel Swedenborg, Davis was one of the first American spiritualists to envision the potential of spiritual naturalism to achieve social reform. His writings include The Principle of Nature (1847) and The Harmonial Man (1853).
The Columbia Electronic Encyclopedia™ Copyright © 2022, Columbia University Press. Licensed from Columbia University Press. All rights reserved. 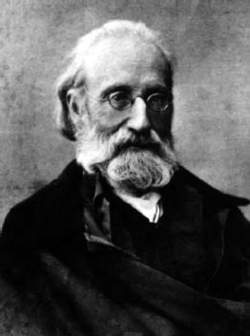 Andrew Jackson Davis was born in Blooming Grove, New York, on August 11, 1826. He grew up with little schooling. His father Samuel was described as a drunkard who earned a scanty living as a weaver and later as a shoemaker. His mother Elizabeth (Robinson) was an uneducated woman who was very superstitious. In his first sixteen years, Davis read only one book, yet by the time he was twenty he was to write what Sir Arthur Conan Doyle has called “one of the most profound and original books of philosophy ever produced.”

At the age of twelve, Davis started to hear voices giving him advice. On this advice he convinced his father to leave and move to Poughkeepsie, New York. A year or so after the move, Davis began seeing things. At his mother’s death he saw a beautiful house in a wonderful land of brightness, and knew it was where his mother had gone. The younger Davis apprenticed to a shoemaker named Armstrong. He worked at that trade for two years.

In 1843, Dr. J. S. Grimes, Professor of Jurisprudence in the Castleton Medical College, gave a series of lectures on mesmerism. Davis volunteered as a subject but was found not to be suitable. A local tailor named William Levingston later tried his hand at mesmerism with Davis and had great success. It was found that while in trance the boy had tremendous clairvoyant powers. So much so that Levingston quit his profession to work fulltime with Davis, diagnosing disease. Davis said that the human body became transparent to his spirit eyes—which actually seemed to work from the position of the third eye. Each organ then stood out clearly and with a radiance that was only dimmed by disease. Davis was also able to diagnose at a distance, his astral body soaring away over the land to the person whose body he needed to view.

On March 6, 1844, Davis suddenly left Poughkeepsie. In a state of semi-trance, he wandered forty miles into the Catskill Mountains. He later claimed that while there he met and talked with the spirits of Claudius Galen, a second century Greek physician, and Emanuel Swedenborg. Swedenborg was a brilliant eighteenth century Swedish seer who was the first to explain that death means no change; that the spirit world is a counterpart of this physical world.

In 1845, Davis felt the need to write a book. He was nineteen years old. He broke his partnership with Levingston and teamed up with a Dr. Lyon, from Bridgeport, as hypnotist for this work. Lyon gave up his practice and took the young man to New York, where a Reverend William Fishbough also gave up his work to act as secretary and take the dictation Davis gave while in trance. In November, 1845, Davis began to dictate his great work The Principles of Nature, Her Divine Revelations, and a Voice to Mankind. The dictation lasted for fifteen months, and the book was published in 1847.

Dr. George Bush, Professor of Hebrew at the University of New York, was present at many of the trance utterings. He later said:

I can solemnly affirm that I have heard Davis correctly quote the Hebrew language in his lectures [dictation], and display a knowledge of geology which would have been astonishing in a person of his age, even if he had devoted years to the study. He has discussed, with the most signal ability, the profoundest questions of historical and Biblical archæology, of mythology, of the origin and affinity of language, and the progress of civilization among the different nations of the globe, which would do honor to any scholar of the age, even if in reaching them he had the advantage of access to all the libraries of Christendom. Indeed, if he had acquired all the information he gives forth in these lectures, not in the two years since he left the shoemaker’s bench, but in his whole life, with the most assiduous study, no prodigy of intellect of which the world has ever heard would be for a moment compared with him, yet not a single volume or page has he ever read.

By the time he was twenty-one, Davis was able to put himself into trance and no longer needed a hypnotist. Later still, his writing was purely inspirational. He attracted the attention of numerous famous personalities, including Edgar Allan Poe, and became a prolific author. His psychic development continued. One time he sat beside a dying woman and observed every detail of her spirit’s departure from the body, detailing it in his book The Great Harmonia (1852).

On December 4, 1847, the first issue of the magazine Univercælum appeared, with the Universalist minister Rev. S. B. Brittan as Editor-in-Chief. The stated object of the publication was “the establishment of a universal system of truth, the reform and the reorganization of society.” Davis contributed many articles to the publication.

Davis predicted the birth of Spiritualism in the Fox family home. On March 31, 1848, the man who became known as the “Poughkeepsie Seer” wrote in his journal:

About daylight this morning a warm breathing passed over my face and I heard a voice, tender and strong, saying: ‘Brother, the good work has begun—behold a living demonstration is born.’ I was left wondering what could be meant by such a message.

This was the exact date of the Hydesville rappings.

They went one step farther, having added just that knowledge of spirit power which Swedenborg may have attained after his death … Is it not a feasible hypothesis that the power which controlled Davis was actually Swedenborg? … But whether Davis stood alone, or whether he was the reflection of one greater than himself, the fact remains that he was a miracle man … [who] left his mark deep upon Spiritualism.

Before 1856, Andrew Jackson Davis prophesied the development of the automobile, the typewriter, and the airplane. In his Principles of Nature (1847), he prophesied the coming of Spiritualism when he said, “It is a truth that spirits commune with one another while one is in the body and the other in the higher spheres—and this, too, when the person in the body is unconscious of the influx, and hence cannot be convinced of the fact; and the truth will ere long present itself in the form of a living demonstration. And the world will hail with delight the ushering in of that era when the interiors of men will be opened, and the spiritual communion will be established….”

Catherine De Wolf (b. July 16, 1806) was married to Joshua Dodge of Mount Hope, Rhode Island. She became Andrew Jackson Davis’s patron and, later, his mistress. She separated from her husband, was granted a divorce in June of 1848, and married Davis—who was twenty years her junior—on July 1, 1848. Catherine was always sickly and she died on November 2, 1853. Davis claimed that he continued to meet with her in spirit after her death. In 1854, Mary Fenn (Robinson) Love (b. July 17, 1824) attended a lecture given by Davis. She subsequently divorced her husband Samuel Gurley Love, and married Davis on May 15, 1855, in Clarendon, New York. Thirty years later, in 1885, Davis announced to Mary that they were not true “affinities” and that his true “affinity” was with someone else. He filed for divorce.

Davis married his third wife, Delphine (Della) Elizabeth Markham (b. January 9, 1839), in Boston on August 11, 1885. They were married by Spiritualist and Justice of the Peace Allen Putnam. Della Markham had previously been married to John Sprague Youngs, then Dumont Charles Drake. John Youngs had died and she had divorced Dumont Drake.

In 1883, Davis was awarded an M.D. and a Doctor of Anthropology degree from the U.S. Medical College. He went on to run the Progressive Bookstore in Boston. He also dispensed herbal remedies for patients at his medical office on Warren Street. Davis died in Watertown, Massachusetts, on January 13, 1910, at the age of eighty-four.