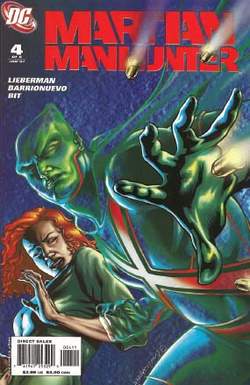 Feedback
Flashcards & Bookmarks ?
Please log in or register to use Flashcards and Bookmarks. You can also log in with
Flashcards ?
My bookmarks ?
+ Add current page to bookmarks
Mentioned in ?
References in periodicals archive ?
In 2008 former Northumbria Police detective John Jones was jailed for five years for misconduct in relation to the case.
Crime agency's public plea to catch fugitive; ALLEGED GUNMAN FOSTER ON LIST OF 27 MOST WANTED CRIMINALS
Her husband, retired detective John Jones, said: "We are both horrified because we actually don't think he is guilty.
We're quite fond of poppy thief; Edwina urges court to show mercy towards Tory scumbag; EXCLUSIVE
At the trial of former Northumbria Police detective John Jones, who was jailed for five years for misconduct in 2008, it was revealed that Foster had been a police informer.
Operation aims to track down fugitives in Spain
Edwina, 55, who separated from her husband Ray, 57, in 1997 and married retired detective John Jones last year, sent a message to Debbie with the simple words: 'Is Everyone Alright?' 'All the newspapers concentrated on was the affair but after I'd read mum's book I felt I understood what it must have been like for her,' said Debbie.
CURRIE'S GIRL BRANDS MAJOR 'UNSEXY'
As Edwina sits at home this weekend basking in the controversy where she has always felt most comfortable, I wonder how she will justify the wounds she has reopened in the Majors" marriage and the fresh ones she has inflicted on her own recent second marriage to retired detective John Jones.
JOHN & EDWINA: A LOVE TORY: Kiss 'n' sell Currie adds some spice; CAROLE MALONE ACCUSES EDWINA OF CASHING IN
Retired Scotland Yard detective John Jones said: "This scene went out when children were watching.
STEVE DRUGS SHOCKER
In 2008, former Northumbria Police detective John Jones was jailed for five years for misconduct in relation to the case.
It has been a horrendous 10 years. Justice is the only thing that keeps me going; IN THE FOURTH OF OUR ON THE RUN CRIME SERIES REPORTER KEIRAN SOUTHERN LOOKS AT THE MURDER OF DAVID 'NODDY' RICE, WHOSE ALLEGED KILLER REMAINS AT LARGE
AN associate of corrupt detective John Jones has been ordered by a court to forfeit assets of pounds 40,000 following his conviction for drug offences.
Drug-dealing gym boss to pay pounds 40,000; Jailed policeman's friend back in court
Disgraced detective John Jones became the "eyes and ears" of drug lord and murder suspect Allan Foster.
Cocaine and call girls cop gets 5 years; JUSTICE
FOCUS OF CASE Left, former detective John Jones. Top, defendant Bruce McCall.
Disgraced detective jailed for five years; Judge says prison was ' inevitable '
Detective John Jones fed information from the police computer to gangland killer Allan Foster.
CALL GIRL AND COCAINE BENT COP IS FACING JAIL; He gave police secrets to muscle man gangster
ACCUSED Former detective John Jones leaving Newcastle Crown Court.
'I thought he was finished with crime' Ex-detective denies any corruption