Dracula; or, The Undead 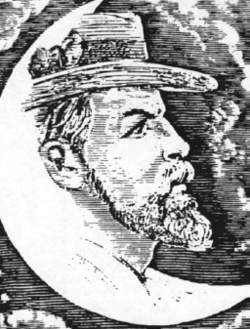 Dracula; or, The Undead

The initial dramatic presentation of Dracula occurred on May 18, 1897, at 10:15 A.M. at the Lyceum Theatre in London. This singular performance was staged by author Bram Stoker to secure himself the performance copyright from the many writers who were constantly searching for inspirations for new dramatic works for the London stage. Since the Lyceum was fully booked for its regular season’s performances, a weekday morning was virtually all the space available. In fact, the performance was not intended as a profit-making performance attracting a large audience, but merely the minimal fulfillment of a legal regulation. It is assumed that the audience was composed of few of the theater staff and some invited friends.

The text for what amounted to a dramatic reading was hastily prepared by Stoker using proof copies of the novel’s text. He adapted the text for the stage and made changes he knew would be demanded by Lord Chamberlain, who was charged with the power of censorship over such public performances. There is every reason to believe that his final text was treated liberally as he made it known that no real public performances were to be staged. Only a single copy of the manuscript, now located in the British Museum, survived.

While Stoker’s mentor Henry Irving and his star actress Ellen Terry declined to participate in the dramatic reading, Terry’s daughter Edith Cragg assumed the role of Mina Murray. The program lists a Mr. Jones, probably T. Arthur Jones, as portraying Dracula. Other leading parts were taken by Herbert Passmore (Jonathan Harker), Ken Rivington (Dr. John Seward), and Tom Reynolds (Abraham Van Helsing). There is some disagreement as to whether Kate Gurney or Ida Yeolande played Lucy Westenra, as two variations of the playbill exist. The performance lasted for more than four hours.

For those who have tried to comment on the evolving perception of its title character, the manuscript of Dracula: Or the Undead has been one of the most obscure texts of Dracula. However, in the mid-1990s, Sylvia Starshine copied the manuscript located in the British Museum and reproduced an edited and annotated edition (1997). On the 100th anniversary of the initial performance a second reading was performed at the Spaniards Inn. The cast included Mitch Davies, Maureen Evans, Suzanne Barbieri, Jo Fletcher, Caroline Jones, Eric Arthur, Gerald Hill, Jason Brooks, and Sylvia Starshine.