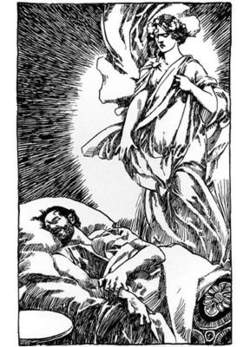 Feedback
Flashcards & Bookmarks ?
Please log in or register to use Flashcards and Bookmarks. You can also log in with
Flashcards ?
My bookmarks ?
+ Add current page to bookmarks
Mentioned in ?
References in periodicals archive ?
"Have a drink and some dinner." But even though she seems to be a slave to Noel (a position typical of many outback women), he would be in perpetual "dreamtime" without her.
Slouching through Australia
'I float in and out of what you might call the dreamtime and then the real time.
Dreamer Lisa goes under a spell to write new album; CAVAN FOLK SINGER EXPLORES HER IMAGINATION AND FINDS THAT IT'S A WONDERFUL PLACE FOR INSPIRATION
In this episode of “Why Shamanism Now?” titled “Gift of the Dreamtime with Kelley Harrell,” Pratt talks to author and neoshaman Kelley Harrell who shares her experiences and insights.
Guest Kelley Harrell Talks about "Gift of the Dreamtime" on July 24 "Why Shamanism Now?" Radio Show
At the Tjapukai Centre in Cairns, visitors watch dances, listen to dreamtime legends and can learn to throw a boomerang.
News.
He examined Arrernte and Luritja dreamtime stories collected by early explorers, missionaries and scientists travelling through Alice Springs and Hermannsberg.
Aboriginal Aussies knew about meteors: Study
Dreamtime, for the Aborigines, is the beginning of knowledge from which came the laws of existence.
Eclectic mix for music fans
His deep engagement with the Dreamtime springs from his early childdhood in Australia, where he survived a series of near-death experiences, and has deepened through his visionary encounters with his Celtic ancestors and an ancient Native American woman of power.
Dreaming the soul's path: a two-part interview with Robert Moss for New Life Journal
[T]he tale is what the author calls a contemporary Dreamtime story, told through a mix of traditional and contemporary mediums, that of storytelling and computer imaging ...
2006 Australian Readers' Challenge
The Irish star, who shot to fame playing the title role in the 80s TV show, is in talks to produce the movie through his company Irish Dreamtime.
I'M NOT MADE OF STEELE SAYS PIERCE
Caputi (women's studies and communication, Florida Atlantic U.) describes popular culture as a repository of ancient myth and folklore that constitute a "dreamtime" into which we over-organized moderns can escape but which actually constitutes a powerful language construct that can transform for both good and evil.
Goddesses And Monsters: Women, Myth, Power, And Popular Culture
The creation time, or Dreamtime, stories of the Aboriginal people also differ from place to place At Kakadu, for instance, the main creation ancestor is Warramurrungundji, mother of the earth who created all the rivers, water holes, and wildlife you see around you.
10 gay adventures of a lifetime