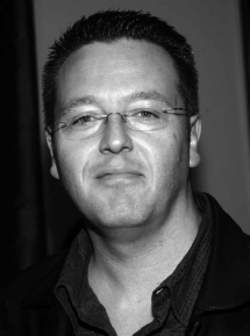 Medium John Edward recieved considerable media attention and popularity during the broadcast of his television program, Crossing Over with John Edward, which ran from 2000 to 2003. Getty Images.

John Edward, psychic and medium who attained national fame in the early years of the twenty-first century from his show on the Sci-Fi cable television network, was born and grew up in Long Island, New York. Eschewing the psychic abilities that emerged in his childhood, he attended college and later took a job in health management, in line with his college major. He married and has fathered two children.

While outwardly leading a mundane life, Edward pursued an avocational interest in things psychic. He read books and attended various psychically oriented events. Crucial to his development was his encounter with Florida psychic and medium Lydia Clar in the early 1990s. She is credited with making him aware of his abilities and directing him to use his talents. He became a psychic consultant and developed a large clientele.

His first book, One Last Time, which recounted many of his experiences with spirit contact and emphasized the basic Spiritualist claim that such contact was proof of life after death, appeared at the end of 1998 and the following year climbed to the top of the Los Angeles Times bestsellers list. About that same time, October 1999, he was featured in a special on the cable channel Home Box Office, Life Afterlife. Through this he established contact with the Human Energy Systems Laboratory, a parapsychology research facility in Tucson, Arizona, headed by Gary Schwartz and Linda Russek. Their work has focused on mediumship, and they have been enthusiastic in their support of Edward.

Edward’s fame shot up radically in June 2000 when he began to host the television show Crossing Over with John Edward on the Sci-Fi network. Several years later, a book by Schwartz on his studies with Edward and others appeared. As Edward’s fame spread, he became the target of skeptics who offered significant criticism of his work, including criticism of the television show, which was edited to show only his apparent success in reading for members of the audience. The show continued through 2003.

Edward, John. After Life: Answers from the Other Side. New York: Princess Books, 2003.
___. Crossing Over: The Stories behind the Stories. New York: Princess Books, 2002.
___. One Last Time: A Psychic Medium Speaks to Those We Have Loved and Lost. New York: Berkley Publishing Group, 2000.
Schwartz, Gary. The Afterlife Experiments: Breakthrough Scientific Evidence of Life after Death. New York: Atria, 2003.
The Encyclopedia of Religious Phenomena © 2008 Visible Ink Press®. All rights reserved. 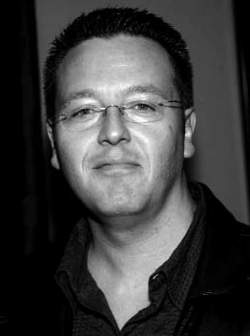 John Edward was born John Edward McGee, on Long Island, New York, in 1969. He was an only child. His father, Jack, was a New York City police officer and his mother, Perinda, was a secretary. John’s grandmother read tea leaves and his father admitted to having a number of personal psychic experiences in his younger days. John’s parents separated when he was eleven.

John’s mother was a regular attendee at local psychic fairs and frequently had psychics come to the house. It was at one such home gathering that John encountered Lydia Clar. Clar claimed that the main reason she was at the house was to give John a sense of direction and to encourage him in developing his own psychic abilities. From a very young age, John experienced phenomena such as astral projection and displayed psychic talent, speaking knowledgeably of relatives he had never met and who died long before he was born. Despite this, John himself was a great skeptic of all psychic matters. However, as a teenager he bought himself a deck of tarot cards and started reading them for others. Very quickly John started to do readings at psychic fairs and rapidly developed a following because of the accuracy of his readings. He had premonitions of the Challenger disaster, the Oklahoma City bombing, and the crash of Pan Am’s flight 103 in Scotland.

At college, John studied Health Care Administration and Public Administration. He worked as a phlebotomist at a hospital for several years. As his psychic and mediumistic gifts developed, he realized that he needed to devote himself full time to them. At age twenty-six, John left the security of his hospital employment. When his mother died, on October 5, 1989, he started looking for the signs that the two of them had agreed she would send to confirm her continued existence in the afterlife. Although one of the signs came at the funeral, John had to wait several years before he got the other confirmations.

John became a regular guest on television shows, including Larry King Live. In 1998 he published his first book, an autobiography titled One Last Time. He also appeared in an HBO television special, Life After Life. By the year 2000, John had his own show, Crossing Over, which was to become a major success and to make John a star. It was syndicated in the United States and eventually appeared on television in Great Britain and Australia. His second book, Crossing Over With John Edward was an instant best seller. In 2001, Time magazine published an unfair attack on John, when a journalist named Leon Jaroff wrote a story of half-truths, innuendos, and pure speculation. He wrote it without ever interviewing John, without attending the show, and with talking to only one disgruntled audience member named Michael O’Neill. Despite strong letters to Time from network executives, and consideration of a lawsuit, the magazine declined to print a retraction. By contrast, scientific tests were carried out at the University of Arizona in Tucson, using five mediums: John Edward, George Anderson, Anne Gehman, Suzane Northrop, and Laurie Campbell. The whole session was televised and included a feedback from nineteen electrodes attached to the mediums’ heads, to measure heart and brain activity readings. The final results showed that while a group of control subjects (non-mediums) scored 36 percent accuracy, the true mediums scored an average of 83 percent accuracy.

Today John lives with his wife Sandra and their two dogs, Jolie and Roxie, on Long Island, New York. His continues his television show, private readings, lectures and workshops. His great success is a testament to what has been repeatedly described as his “down-to-earth approach, and obvious sincerity.”

Feedback
Flashcards & Bookmarks ?
Please log in or register to use Flashcards and Bookmarks. You can also log in with
Flashcards ?
My bookmarks ?
+ Add current page to bookmarks
Mentioned in ?
References in periodicals archive ?
Robert leaves behind his brothers Edward, John and Gerard Sore and his sisters Linda Cebel and Marianne Fox, his step sisters, Fran Silverman and Marian Barth, his sister in law Carole Meehan, along with many other family members and treasured friends.
SORE
The minibus was stopped by police using "stinger" devices near Coventry, and Edward, John Kieran and Bernard McDonagh, travelling separately in a car, were arrested.
Son, dad and uncle jailed for stealing safe from bus firm; MINIBUS ALSO TAKEN IN NIGHT RAID ON A DEPOT
Her brother Frank (Ann) Kokernak of Shrewsbury, MA and sister Marion Ushinski of Webster, MA.She was predeceased by her brothers Anthony, Edward, John, Joseph, Felix and sisters Dorothy, Alicia and Elizabeth.
Catherine Conrad
3/6/1815) Thomas Hudson (weaver) William Hoisall; William Mascall (butcher) wife Elizabeth, daughter Elizabeth; William Maxwell (butcher) wife Martha and sons: Edward, John and Walter; George and Mary Mundell; John Pierson; Richard Rymer (shoemaker); James Scott (schoolmaster) wife Mary and son James; George Thompson; James Wilkinson, bricklayer.
The rock of ages
Like Edward, John enjoys the fun of Scouting as well as the sense that he is integral to the well-being of his community.
Scout Day melds helping with fun; Race proceeds to buy medical gear
Ulrika's ex-boyfriends have included Prince Edward, John Leslie and Stan Collymore.
ULRIKA: I'LL SURVIVE; Swedish TV star tells of her sadness over marriage split
Edward, John, Robert and Joseph Davies Bryan clearly possessed an entrepreneurial flair coupled with an ambition which knew no bounds.
People Post: Blast from the past: Brothers made good on Eastern promise
In addition to her parents, Marion was preceded in death by her son; John and her brothers; Tony, Edward, John, Mello "Fritz," Thomas, and Theodore and her sister; Helen.
TSIKRETSIS
Her ex-boyfriends include Prince Edward, John Leslie and Stan Collymore.
Ulrika's sadness at latest love split
She was predeceased by her sister, Helen Favreault, and her four brothers: James, Edward, John, and William Sullivan.
Irene A. (Sullivan) Enman, 82
Murzycki in 2002; by 4 brothers, Walter, Edward, John and Louis Murzycki; and by 2 sisters, Stasia Murzycki and Jennie Leo.
Peter L. Murzycki, 72
She was predeceased by brothers, Edward, John, Joseph, Father Richard Maurus of Newport Abby, sisters Jane, Frances and Elizabeth Fleming.
Ann Patricia "Pat" (Fleming) Edwards, 84