fever, elevation of body temperature above the normal level, which in humans is about 98℉ (37℃) when measured orally. Fever is considered to be a symptom of a disorder rather than a disease in itself. Under normal conditions the heat that is generated by the burning of food by the body is dissipated through such processes as perspiration and breathing. It is believed that infectious diseases, injury to the body tissues, and other conditions that cause inflammation lead to the release of prostaglandins, a type of hormone, which bind to sites in the hypothalamus, the center of temperature control in the body. The rise in temperature that is triggered as a result acts as part of the body's defenses against infection; white blood cells become more active, and most bacteria do not thrive as well. The effects of fever on the body are weakness, exhaustion, and sometimes a depletion of body fluids through excessive perspiration. Extremely high fevers may cause convulsive reactions and eventual death. In addition to infectious diseases (such as pneumonia and tonsillitis), disorders of the brain, certain types of cancer, and severe heatstroke may cause fever. There are also cases of fever where the cause cannot be detected. Treatment includes increasing the intake of fluids and administering aspirin and other fever-reducing medications. Aspirin may be dangerous in fevers of children because of Reye's syndrome. However, primary treatment is directed at the underlying cause unless the fever is very high (above 104℉/40℃). Persons with such dangerously high fevers are sometimes sponged with cool water or immersed in cool baths.
The Columbia Electronic Encyclopedia™ Copyright © 2022, Columbia University Press. Licensed from Columbia University Press. All rights reserved.
The following article is from The Great Soviet Encyclopedia (1979). It might be outdated or ideologically biased. 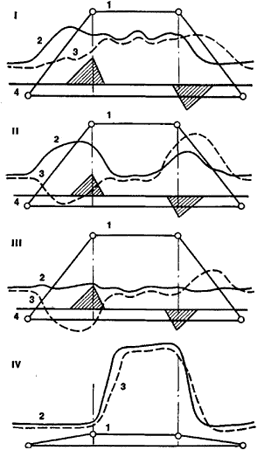 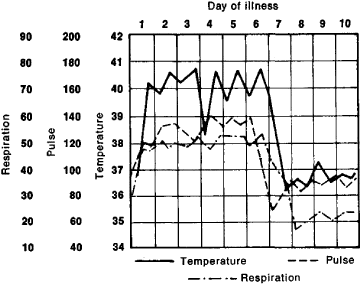 [′fē·vər]
(medicine)
An elevation in the central body temperature of warm-blooded animals caused by abnormal functioning of the thermoregulatory mechanisms.
McGraw-Hill Dictionary of Scientific & Technical Terms, 6E, Copyright © 2003 by The McGraw-Hill Companies, Inc.

Feedback
Flashcards & Bookmarks ?
Please log in or register to use Flashcards and Bookmarks. You can also log in with
Flashcards ?
My bookmarks ?
+ Add current page to bookmarks
Mentioned in ?
References in periodicals archive ?
The fact that two of the IEF factors (FisF, with r = .333, p < .001, and GS with r = .385, p.
Gender empowerment, global competitiveness, economic freedom and wealth: validation studies and implications for sustainable policy
We describe 7 cases of a rickettsial disease similar to FISF, which occurred in the eastern half of Australia.
Flinders Island spotted fever rickettsioses caused by "marmionii" strain of rickettsia honei, eastern Australia