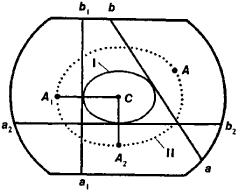 If a body is immersed in a liquid to a possible waterline plane ab (Figure 2,) it is acted upon by a buoyant force F passing through the center A and directed perpendicular to the plane, that is, vertically upward, and by the force of gravity P, which is equal in magnitude to the buoyant force. The theory of floating shows that the direction of the force F coincides also with the direction of the normal An to surface II at point A. 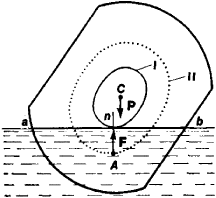 Figure 2. Forces acting on a body immersed in a liquid to the waterline ab