An object designed to establish or serve as a remembrance of a person or an event, commemorated by a monument or plaque.

in the broad sense, any work of art or architecture created in memory of a particular person or historical event. Examples are monuments, pyramids, tombs, tombstones, mausoleums, mazars, triumphal arches, columns, obelisks, and temples. In modern practice, memorials are architectural-sculptural complexes (sometimes including other genres of art) or works of architecture (mausoleums and memorial museums) serving as a harmonious representation of the person or event being memorialized.

In modern times, the idea of the secular temple (dedicated to the glorification of an ideal human personality) greatly influenced the development of memorials. The secular temple became particularly widespread during the age of Enlightenment, which was characterized by the cult of genius. In 18th-century and early 19th-century art, traditional portrait statuary was often replaced by the architectural monument placed in a natural setting or landscaped park (for example, numerous mausoleums and the unrealized projects of the French architect E. L. Boullée and the German architect F. Gilly). Memorials gradually appeared in which the religious function or the intention of glorifying a victorious monarch or military leader was superseded by the idea of eternalizing as national heroes soldiers who fell in battle (for example, A. L. Vitberg’s 1815 design for a temple to commemorate victory in the Patriotic War of 1812; the memorial to the heroes of the War of Liberation of 1813 near Kelheim, Hesse, 1842-63, designed by L. von Klentze and F. von Gärtner).

During the 19th century, the Empire style of memorial architecture was replaced by eclecticism and pseudostyles. Often memorial structures acquired a pompous, pseudomajestic appearance (the monument to Victor Emmanuel II in Rome, 1885-1911, designed by G. Sacconi; the memorial to the Battle of Nations, near Leipzig, 1898-1913, architect B. Schmitz and sculptor F. Metzner).

Numerous memorials erected between 1910 and 1940 (dedicated primarily to victims of World War I) were influenced by art nouveau and by national romantic schools. They are characterized by heavy rhythms, by metaphorical representations of the human figure frozen in the stone or being freed from it, and, at times, by the use of elements of national architecture (such as the design for the monument To World Suffering, 1915, sculptor I. D. Shadr; the ensemble over the mass grave in Rīga, 1924-36, sculptor K. Zale, architect A. Birzenieks and others; the Monument to the Unknown Soldier on Mount Avala near Belgrade, 1934-38, sculptor and architect I. Meštrović; and the complex in Tirgu-Jiu, 1937-38, sculptor and architect C. Brancuşi). The memorial buildings and museums of this period are primarily neoclassical in style (Lincoln Memorial, 1914-22, architect H. Bacon; Jefferson Memorial, 1939-41, architects J. R. Pope and others—both in Washington, D.C.).

Memorials erected after World War II are particularly varied in type. Frequently they are constructed at government initiative. Dedicated to fallen soldiers and the victims of fascist terror and to various events in a nation’s history, they are elaborate complexes combining architecture, landscape architecture, sculpture, and murals. They employ multifarious spatial contrasts and harmonies, creating a mood that is at times oppressive and sorrowful and at other times inspiring and enthusiastic. The use of inscriptions and murals graphically commenting on the basic theme of the memorial is increasing significantly.

The numerous memorials marking the graves of American soldiers, for example, the memorial near Florence (1959; architects McKim, Mead, and White; sculptor E. Waugh and others), are predominantly characterized by cold, somewhat abstract idealization. The best memorial complexes done by European masters include the memorial on the Appian Way near Rome (1951; architect G. Aprile; sculptors F. Coccia and Mirco), the memorial to dead liberation troops in Mostar (1960-65, architect B. Bogdanovic), the memorials on the site of fascist concentration camps by the architects L. Deuters, H. Kutzat, and others (Buchenwald, 1958, sculptors F. Cremer, W. Grzimek, and others; Sachsenhausen, 1956-60, sculptors R. Graetz and W. Grzimek, windows by W. Womacka; Ravensbriick, 1956-59, sculptors W. Lammert and others), and the Paris underground memorial to those who perished in concentration camps (1961, architect G. H. Pengusson). These memorials not only inspire sorrow for the dead but, by creating an illusion of closeness to tragic events, also nourish an active and conscious attitude toward history.

In the new type of historical memorial, which besides those dedicated to the last war includes such structures as the memorial to the Silesian insurgents near Katowice (1949-52, sculptor X. Dunikowski) and the memorial on the field of the battle of Grunwald of 1410 (1959-60, sculptor J. Bandura), a museum exhibit is not the most important element (although it may be included in the complex). What is most important is the expressiveness of architectural and sculptural forms as they blend in with the natural landscape, or, in the case of an urban environment, with the style of the urban landscape.

Memorials play an important role in the patriotic upbringing of the Soviet people, recalling in a visual, intensely emotional form the most important landmarks in the history of the peoples of the USSR. The best examples of early Soviet memorial architecture include the Field of Mars in Leningrad (1917-23, architects L. V. Rudnev and I. A. Fomin) and the Lenin Mausoleum in Red Square in Moscow (1924-30, architect A. V. Shchusev).

Since World War II the construction of memorials has crowned a large-scale movement to perpetuate the memory of Soviet fighting men and the victims of fascist terror. In addition to ensembles based on the grouping of epic-narrative monumental sculptures, Soviet masters are designing complexes in which expressive combinations of generalized symbolic elements, or what are called monumental symbols, play a leading role. The most significant Soviet memorials of the 1940’s through 1960’s have included the memorial to the heroes of the Königsberg offensive in Kaliningrad (1945-46, sculptors I. Mikenas and B. Puñdzius, architects S. S. Nanush’ian and I. D. Mel’chakov), the Soviet Soldiers’ Memorial in Treptow Park, Berlin (1946-49, sculptor E. V. Vuchetich, architect la. B. Belopol’skii and others), the memorial in the Piskarev Cemetary in Leningrad (1960, sculptor V. V. Isaeva and others, architects A. V. Vasil’ev and E. A. Levinson), the memorials to the victims of fascist terror in Pirdiupis (1960, sculptor G. lokubonis, architect V. Gabriunas), and Salaspils (1961-67, sculptors L. V. Bukovskii, J. Zariņš, and others, architect O. N. Zakamennyi and others), the memorial at the Mamaev Burial Mound in Volgograd (1963-67, sculptor E. V. Vuchetich and others, architects la. B. Belopol’skii and V. A. Demin), the memorials to the unknown soldier in Moscow (1967, architects D. I. Burdin and V. A. Klimov) and Khatyn’ (1968-69, sculptor S. I. Selikhanov, architects lu. M. Gradov, V. P. Zankovich, and L. M. Levin), the gigantic Green Belt of Glory complex around Leningrad, and the Brest Hero-Fortress complex in Brest (1966-71, sculptors A. P. Kibal’nikov and A. O. Bembel’, architect V. A. Koral’ and others).

Besides memorials dedicated to the Great Patriotic War of 1941-45, other noteworthy Soviet memorials are the Lenin Memorial in Ul’ianovsk (1967-70, architect B. S. Mezentsev and others), the memorial to victims of the 1915 genocide of the Armenians, in Yerevan (1967, architects S. Kalashian and A. Tarkhanian), the memorial in honor of the battle (1918) of Sardarapat in Oktemberian Raion, Armenian SSR (1968, architect R. Israelian, sculptor A. Arutiunian and others), the mausoleum of the 26 Baku commissars in Baku (1968, architects G. Aleskerov and A. Guseinov, sculptors I. Zeinalov and N. Mamedov), and the monument to the victims of fascism in Ablingà, Lithuanian SSR (wood, 1972, sculptors V. Maioras, I. Ushkurnis, and others, architect D. lukhniavichiute). 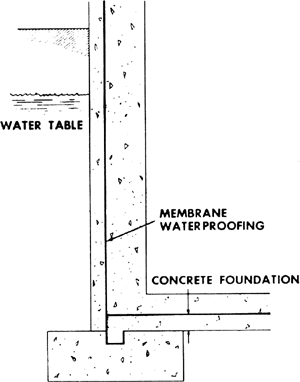 membrane waterproofing
An architectural or sculptural object or plaque commemorating a person or an event.
McGraw-Hill Dictionary of Architecture and Construction. Copyright © 2003 by McGraw-Hill Companies, Inc.

Feedback
Flashcards & Bookmarks ?
Please log in or register to use Flashcards and Bookmarks. You can also log in with
Flashcards ?
My bookmarks ?
+ Add current page to bookmarks
Mentioned in ?
References in periodicals archive ?
Mrs Arnold, of Allesley Old Road, Chapelfields, was able to pinpoint the exact date the drinking fountain memorial - erected by the employees of the Coventry Chain Co Ltd - was officially handed over to the safekeeping of the city.
Plaque stirs so many memories; GRATEFUL CALLERS PAY TRIBUTE TO YOUNG FINDER
When the idea of a fountain memorial was first raised, the Palace said the Royal Family did not build statues and the public should pay for it.
DIANA IS CAST ASIDE; Princess is ignored 'so Camilla can win favour'