[′gas ‚jen·ə‚rād·ər]
(chemistry)
A device used to generate gases in the laboratory.
(chemical engineering)
A chemical plant for producing gas from coal, for example, water gas.
(mechanical engineering)
An apparatus that supplies a high-pressure gas flow to drive compressors, airscrews, and other machines.
McGraw-Hill Dictionary of Scientific & Technical Terms, 6E, Copyright © 2003 by The McGraw-Hill Companies, Inc.
The following article is from The Great Soviet Encyclopedia (1979). It might be outdated or ideologically biased.

a device for the thermal processing of solid or liquid fuels into combustible gases; the process is carried out in the presence of air, free oxygen, or bound oxygen (water vapor). The gases produced in a gas generator are called generator gases.

A gas generator is usually a shaft whose inner walls are covered with refractory material. The fuel is fed from above the shaft, and the blast enters from the lower part. The fuel bed is held in place by a furnace grate. The processes of gas formation in the fuel bed are shown in Figure 1. The blast supplied to the gas generator first passes through the zone of ash and slag, 0, where it is heated slightly, then to the incandescent fuel bed (oxidation zone, or combustion zone I), where its oxygen reacts with combustible elements of the fuel. The products of combustion thus formed move up along the gas generator and, coming into contact with the incandescent fuel bed (gasification zone II), are reduced to carbon monoxide and hydrogen. When the strongly heated products of reduction rise further, thermal decomposition of the fuel occurs (fuel decomposition zone III), and the products of reduction are enriched with the products of decomposition (gases and resinous and water vapor). As the result of the decomposition of fuel, semicoke and then coke are formed. As the semicoke and coke descend (zone II), the reduction of combustion products occurs on their surfaces and, still lower (zone I), the coke burns. In the upper part of the gas generator the fuel is dried by the heat of rising gases and vapors. 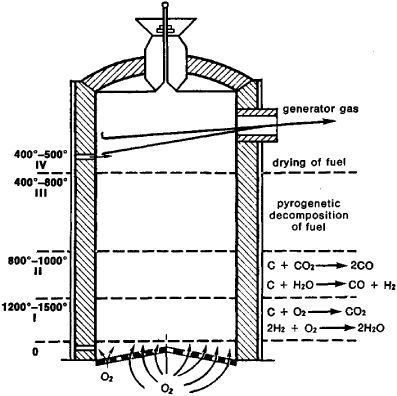 Figure 1. Diagram of the direct process of gas formation in a gas generator

The composition of generator gases changes depending on the type of blast oxygen fed into the generator. When atmospheric air is supplied to the generator, air gas is formed, its heat of combustion is 3.8-4.5 megajoules per cu m (MJ/m3), or 900-1,080 kilocalories per cu m (kcal/m3), depending on the fuel being processed. If a blast enriched with oxygen is used, so-called oxygen-vapor gas is formed. It contains less nitrogen than does air gas, its heat of combustion is as high as 5-8.8 MJ/m3 (1,200-2,100 kcal/m3).

In spite of the fact that the idea of a gas generator was advanced as early as the end of the 1830’s in Germany (Bischof in 1839 and Ebelman in 1840), its application in industry was undertaken only after F. Siemens introduced the regenerator principle of heating plant furnaces (1861). This principle made it possible to use generator gas efficiently. The brothers F. and W. Siemens invented the first industrial gas generator; their design was widely used for 40-50 years. More sophisticated designs appeared only at the beginning of the 20th century.

According to their purpose, gas generators may be stationary or portable. They may also be categorized according to the site of air supply and gas bleeding (the direct, back-run, or horizontal process). In a direct-process gas generator (Figure 2), the movement of the oxygen carrier and the forming gases proceeds from bottom to top; in generators with a back-run process (Figure 3), the oxygen carrier and the gas being formed move from top to bottom. To create a back-run flow, the middle part of such gas generators is equipped with tuyeres through which the blast is introduced. Since the gases that are forming are sucked out from below, combustion zone I (oxidization) is located directly under the tuyeres; below that is reduction zone II. Zone III—the zone of pyrogenetic decomposition of the fuel—is located above combustion zone I; the decomposition takes place owing to the heat of the incandescent burning coke in zone I. The heat transmitted by zone III dries the upper bed of the fuel in gas generators. In horizontal-process generators the oxygen carrier and the forming gas move horizontally. 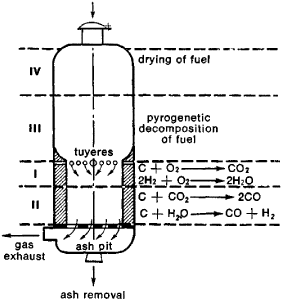 Figure 3. Diagram of a gas generator with back-run gasification process

During the operation of gas generators, pressure and temperature regimes whose levels depend on the fuel being processed, the process of gasification, and the design of the generator are observed.

The vigorous development of the gas industry in the USSR has led to the nearly total substitution of natural and by-product gases for generator gases, since the prime cost of the former is much lower. However, foreign countries with little natural gas, such as the Federal Republic of Germany and Great Britain, use gas generators extensively in various branches of industry.

in a liquid rocket engine, a unit in which hot gas (temperature, 200-900° C) is produced through combustion or decomposition (such as through thermal or catalytic processes) of fuel or its components and which serves as the operating body for driving turbine pump units, pressurizing fuel tanks, operating control units, and so on. In a gas generator the main fuel components are most often jointly used in the instances where the excess oxidant ratios are not equal to 1. Sometimes, one of the main propellant components (oxidant or fuel), for example, asymmetrical dimethyl-hydrazine, is decomposed in a gas generator. Auxiliary propellants are also in use. A distinction is made between deoxidizing gas generators and oxidizing ones, depending on the composition of the gas being generated. The mixing head and the housing are the basic parts of a gas generator.

Feedback
Flashcards & Bookmarks ?
Please log in or register to use Flashcards and Bookmarks. You can also log in with
Flashcards ?
My bookmarks ?
+ Add current page to bookmarks
Mentioned in ?
References in periodicals archive ?
Geographically, the global natural gas generator market is segmented into North America, Asia Pacific, Europe, Middle East & Africa and South America.
Natural Gas Generator Market To Exhibit A CAGR Of 8.04% During The Forecast Period 2019-2024 / Radiant Insights, Inc
Scheme of an stand: 1--rheostat; 2--power source; 3--Brown's gas generator; 4--gas counter; 5--water seal
Investigation of productivity of Brown's (HHO) gas generator/Brauno (HHO) duju generatoriaus nasumo tyrimas
The results from these tests of a 3-D printed F-1 gas generator adds more information to help NASA and the aerospace industry reduce the risks associated with using 3-D printing to make future engine parts, especially for future versions of spacecraft like NASA's new Space Launch System.
NASA tests provide rare opportunity to get 3-d printed part comparison data
BRAZING, a metal-joining process whereby a filler metal is heated above and distributed between two or more close-fitting parts by capillary action, has now been made safe and efficient with mixed oxyhydrogen gas generators.
Oxyweld's systems are safe, reliable
Their gas generator has only been used once in two years.
Solar to go: a mobile solar generator makes going off-grid a little easier
In order to meet the new performance requirements, some redesign was required on both the gas generator and the power turbine with respect to the previous PGT25+ technology.
New gas turbine technology boosts alliance pipeline power
Kobelco Eco Solutions plans to exhibit the gas generator and make presentations of the generator at Sewage Works Exhibition 2005 Tokyo to be held at Tokyo Big Sight from July 26 to 29.
Kobelco Eco-Solutions Develops Fuel Gas Generator That Uses Sewage Sludge
Even so, some of the strongest growth in the gas generator market is expected to come from Asia Pacific, Latin America and Rest of World.
Market profile: gas generators
Dangerous and expensive cylinders of hydrogen fuel gases can be eliminated by using a ChromGas[R] hydrogen gas generator. Five different models are now available to produce up to 1,200 cc/minute of clean, 99.9995 percent or 99.99999 percent pure hydrogen.
ChromGas[R] hydrogen gas generator. (From the Manufacturers)
He explains that this gas had been used back in the earlier part of the 20th century, but there were a few problems associated with it, such as (1) the lack of bottled gas, which led to the use of an expensive, maintenance-demanding electrolysis gas generator and (2) a tendency for the soldering units to explode when the flame was extinguished.
The glass-electronics connection. (On Materials)
"By simply changing the size of the gas generator and turbine, facility power can be raised from ten megawatts to four hundred.
The gas is greener ... (Innovations)
said Monday it has developed a compact fluorine gas generator for use in manufacturing semiconductor chips and liquid crystal.
Air Liquide, Toyo Tanso develop compact fluorine gas generator