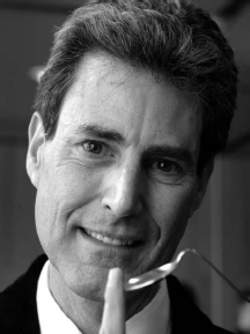 During the 1970s, Uri Geller drew media attention for his supposed psychokinetic abilities, such as the power to bend metal with his mind. His claims were later disproven, though Geller still asserts he has genuine paranormal skills. AFP/Getty Images.

Israeli-born Uri Geller emerged in the 1970s as one of the most controversial claimants of psychic abilities. He began his public demonstrations of psychokinetic powers in the 1960s but attained some international fame in 1971 after demonstrating his abilities to parapsychologist Andrija Puharich. Puharich brought him to America and introduced him to colleagues who were conducting psychical research.

In 1972 he demonstrated a spectrum of his abilities, most notably the seeming ability to bend metal spoons, at the Stanford Research Institutein California. The testing done there was monitored in part by retired astronaut Edgar Mitchell, who had thrown his prestige behind parapsychology. Subsequent televised demonstrations of his bending of metal objects, a phenomenon that became known as the Geller effect, brought Geller celebrity status. Puharich published a biography in 1974, and Geller’s own autobiography appeared the next year. Various parapsychologists indicated their desire to test Geller.

At the same time, the growing skeptical/debunking movement, spearheaded by the Committee for the Scientific Investigation of the Claims of the Paranormal (CSICOP), denounced Geller as a clever stage magician. Two stage magicians, Melbourne Christopher and James Randi, asserted their expertise by demonstrating similar feats and loudly questioning the ability of parapsychologists to uncover fraudulent phenomena. Geller filed a lawsuit for defamation, but he failed to win the lengthy court battle against CSICOP and Randi. In the meantime, a number of people, especially a group of children in Japan, emerged with the ability to demonstrate the Geller effect.

After the lawsuit, Geller largely dropped out of the public eye. Nonetheless, many vied for his services, and for a time he worked with people hunting for oil and other valuable minerals. These efforts apparently proved quite successful, although the companies involved have been reluctant to confirm that their successes came from acting on information supplied by Geller. He made one attempt to return to the public spotlight in 1986 following the publication of a book, The Geller Effect, co-authored with Guy Lynn Playfair, a parapsychologist who believed in his powers. His efforts were largely ignored, however, and he returned to his more private career.

Geller has developed a presence on the Internet, and critics continue to document his activity. He has tried to ignore his critics and has written a number of books on paranormal themes, including (in 2001) an update on his post-1970s activities. Uri Geller was born in Tel Aviv on December 20, 1946. He was the son of Hungarian Jewish immigrants. Geller discovered his paranormal powers when still a child. As young as age three, he found that he could bend and even break metal by gently rubbing it and concentrating on it, and he could stop watches by concentrating on them. It wasn’t until he was much older—after serving in the Israeli army in the Six Day War—that he started giving public demonstrations of his skills. He appeared numerous times on television in Europe and the United States, and was subjected to intensive investigations by scientists and psychical researchers. At Stanford Research Institute in California in 1972, Geller demonstrated metal bending and correctly guessed the contents of metal cans and the numbers on dice shaken in enclosed boxes. In the laboratory of Professor John Taylor of London University in 1974, Geller deflected the needle of a Geiger counter and even bent a number of metal rods that were enclosed inside plastic tubes, with metal mesh screens around them so that they could not be physically touched.

Stage magician James Randi tried to reproduce what became known as “the Geller effect” but his simple stage-style sleight of hand was a far cry from the numerous effects produced by Geller under strict scientific conditions. Geller stopped an escalator in a Munich department store simply by concentrating on it. He similarly stopped a cable car. He bent metal that was a distance from him and was not touched by anyone; he caused a piece of metal resting on a scale to bend upward, rather than downward (and with no more than half an ounce of pressure ever measured), and also resulted in the needle of the scale being bent. He told others, including young children, how to concentrate, and they bent metal. He has stopped clocks and caused long-broken clocks to start working again, all with his mind power. He has even involved television viewers in starting and stopping clocks and bending metal. After a visit by Geller to Tokyo, Japan, in 1973, thousands of Japanese children apparently manifested similar powers of mind over matter. The following year eight of these children were singled out for investigation by Dr. Shigemi Sasaki, professor of psychology at the Denki Tsushin University. One twelve-year-old, Jun Sekiguchi, showed an amazing ability to bend spoons and to recharge dead electric batteries by simply holding them. Dr. Joseph Banks Rhine of Duke University in Durham, North Carolina, said, “The tests in Tokyo have shown that PK power exists among many of their children. The research is of great significance.”

During experiments at Birbeck College in England, he caused a Geiger counter to click loudly when he concentrated on it and bent a crystal molybdenum disk without touching it. In another experiment at Kent State University in Ohio, Geller deflected a magnetometer and also scored exceptionally high in experiments involving a die and film cans. In front of television cameras in Toronto, Ontario he was tested by scientist Dr. A. R. G. Owen under conditions Owen said were a rigorous as any in a laboratory. Both Owen and the television audience were totally convinced by the demonstrations.

There have been plenty of detractors for Geller but none have been able to explain all of his effects nor to duplicate them. In the house of American doctor and parapsychologist Andrija Puharich, Geller produced rappings of the type heard in the home of the Fox family in 1848. When visiting the pianist Byron Janis, a death mask of Chopin standing on the piano shed tears.

In the home of Hollywood screen writer Jesse Lasky, he produced apports. Many explanations have been offered—including, of course, outright fraud—but none has explained all of the phenomena produced by Geller.