common name for some members of the large family Rallidae, marsh and tropical forest birds that include the gallinule and the cootcoot,
common name for a migratory marsh bird related to rails and gallinules and found in North America and Europe. The American coot (Fulica americana), or mud hen, is slate gray with a white bill, black head and neck, and white wing edgings and tail patch.
..... Click the link for more information. , two specialized rails. Rails are cosmopolitan in distribution, except in polar regions. Although migratory, they have small wings and are weak fliers, escaping danger by concealment rather than flight. They are protectively colored in drab browns and reds and have extremely slender bodies (whence the expression "thin as a rail") and strong legs, enabling them to dart through thick marsh vegetation undetected. Rails, also called mud hens or marsh hens, are omnivorous, hunting their food at nightfall. They may be divided into two major types: the long-billed rails, which include the Virginia (Rallus limicola), king, clapper, and water rails; and those with short, conical bills, including the sora (Porzana carolina), yellow, and black rails (called crakes in Europe.) Gallinules are rails that have webbed toes; they are more aquatic and less timid than those members of the family specifically called rails. They have bright forehead shields and are widespread in temperate and tropical regions. The common American gallinule, Gallinula chloropus, and the similar Eurasian moorhen are drab in color; the gaudier purple gallinule, Porphyrula martinica, found from Texas to Ecuador, has blue-green plumage and yellow legs. Fifteen species of extinct flightless rails are known, and a number of flightless rails and gallinules still exist. The rails are all considered good game birds and are perhaps the most widely distributed of all the avian families. Rails are classified in the phylum ChordataChordata
, phylum of animals having a notochord, or dorsal stiffening rod, as the chief internal skeletal support at some stage of their development. Most chordates are vertebrates (animals with backbones), but the phylum also includes some small marine invertebrate animals.
..... Click the link for more information. , subphylum Vertebrata, class Aves, order Gruiformes, family Rallidae.
The Columbia Electronic Encyclopedia™ Copyright © 2013, Columbia University Press. Licensed from Columbia University Press. All rights reserved. www.cc.columbia.edu/cu/cup/

[rāl]
(engineering)
A bar extending between posts or other supports as a barrier or guard.
A steel bar resting on the crossties to provide track for railroad cars and other vehicles with flanged wheels.
(mechanical engineering)
A high-pressure manifold in some fuel injection systems.
McGraw-Hill Dictionary of Scientific & Technical Terms, 6E, Copyright © 2003 by The McGraw-Hill Companies, Inc. 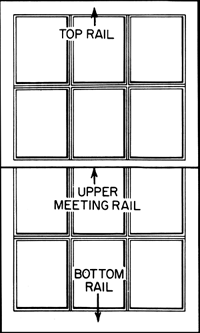 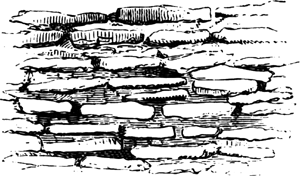 ragwork, 1
1. A bar of wood or other material passing from one post or other support to another; a hand support along a stairway.
2. A structure consisting of rails and their sustaining posts, balusters, or pillars, and constituting an enclosure or a line of division, as a balcony rail.
3. A horizontal piece in a frame or paneling as a door rail, or in the framework of a window sash.
McGraw-Hill Dictionary of Architecture and Construction. Copyright © 2003 by McGraw-Hill Companies, Inc.

(2) A DC voltage in a power supply. A computer's power supply converts AC power into several DC voltages (typically plus and minus 3.3v, 5v and 12v), each of which is known as a rail. The term comes from the power lines on motherboards. Power must be available throughout a motherboard; hence, voltage lines tend to run in long strips like railroad tracks.
Copyright © 1981-2019 by The Computer Language Company Inc. All Rights reserved. THIS DEFINITION IS FOR PERSONAL USE ONLY. All other reproduction is strictly prohibited without permission from the publisher.

Feedback
Flashcards & Bookmarks ?
Please log in or register to use Flashcards and Bookmarks. You can also log in with
Flashcards ?
My bookmarks ?
+ Add current page to bookmarks
Mentioned in ?
References in periodicals archive ?
I tried to stop myself by gripping the hand rails, except I forgot that my hands were full.
"Tumbleweed"
Custom bending is especially suited to decorative hand rails, (stairs, lifts etc.), also to machine grab rails, conveyor systems, plastics handling machines etc.
New Tubular Handles from Elesa UK with Adjustable Mounts
Alpha Rail supplied, and also design assisted, vertical bar railings in a decorative style, plus two flat top hand rails for a section of stairs, as well as security perimeter fencing and gates.
On the rails
A terrible accident took place in Umm Al Hassam even then there were no safety hand rails or protection for workers on the Seef project with cars and the public passing underneath.
Flyover is dangerous
Just because Redcar has a dilapidated hotel close to where a nice pier once stood, rusty hand rails leading down to the beach and many more tatty things along the prom, it doesn't follow that you should have tatty toilets to suit.
Letter: Penny for thoughts
Wagner, a Milwaukee-based manufacturer of hand rails, has been making Festivus poles--a rod of shiny aluminum in either a six-foot floor model or three-foot table model--since 2005; the Associated Press reports that Wagner expects to sell about 600 poles this season, at $38 and $30 apiece, respectively.
Pole position
Major improvements may come from minor changes like installing hand rails or changing how you use available rooms.
An afterword to Julia's story
The machine can be used in the production of hand rails, stair steps and turning squares.
Edge gluer
Chemthane 3300 is a high solids, low VOC, low odor coating designed for new construction or maintenance use over prepared and primed substrates in pipelines, equipment, machinery, select marine structures, hand rails and many other industrial surfaces requiring painting.
Chemline
Work has been completed on extending the existing 40 spaces by a further 90 at Priestfield in a pounds 325,000 scheme that includes lighting, CCTV, help points, landscaping, surfacing, hand rails and fencing.
Park and ride expands
The sheriff allegedly failed to have the inmate's cell fitted with hand rails or provide him with a cane, leading directly to the inmate's injuries when he suffered several falls.
Civil rights