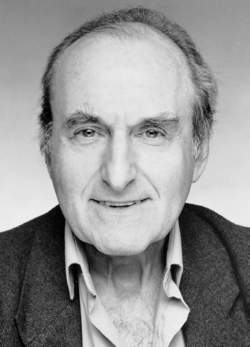 Born in Vienna, Austria, on January 26, 1920, Hans Holzer's interest in Wicca stems from research he did for the book The Truth About Witchcraft (Doubleday, 1969), which was his first work on the subject.

Raised in Austria, Holzer studied at Vienna University and later at Columbia University. He has a Ph.D. from the London College of Applied Science, and he taught parapsychology for eight years at the New York Institute of Technology, where he was a professor.

Immediately after the World War II Holzer became a freelance writer. He was drama critic for the London Weekly Sporting Review from 1949 until 1960, and he also acted as a television consultant. He was writer-producer for the NBC series In Search of. . . and has been involved in many other television series, documentaries, and talk shows. He also wrote screenplays, stage plays, music, musical revues, magazine articles, and well over 100 books.

Holzer became especially wellknown for his many books on ghosts and hauntings. He says that even though he had previously met Sybil Leek, she was not the one who sparked his interest in Witchcraft. Instead, he says, "It was the subject itself leading to my personal involvement." He believed that you could not learn about a subject simply by casual observation, that you had to become deeply involved. Therefore, he was initiated into the Craft and participated in a number of rituals, both in the United States and in Great Britain.

Holzer's second book on modern day Witchcraft and Paganism, The New Pagans (Doubleday, 1972), was followed by a paperback called The Witchcraft Report (Ace Books, 1973). A third book on Witchcraft was a novel called Heather: Confessions of a Witch (Mason & Lipscomb, 1975). That was followed by Pagans and Witches (Manor Books, 1978) and Wicca: The Way of the Witches (Manor Books, 1979). Although his books were not always well received by Wiccans, they did introduce many people to the religion. Holzer always emphasized the point that Witchcraft was the very antithesis of Satanism.

In 2001, Holzer was still writing, mostly for television and films. One of the projects he was working on was a documentary on the Craft. Of the year 2000, Holzer said, "I consider a major shift with the year 2000—veering more into the visual media."

Feedback
Flashcards & Bookmarks ?
Please log in or register to use Flashcards and Bookmarks. You can also log in with
Flashcards ?
My bookmarks ?
+ Add current page to bookmarks
Mentioned in ?
References in periodicals archive ?
DT: How related are the practices of contemporary fashion advertising - Benetton, Calvin Klein - to interventionist media art coming from, say, Jenny Holzer, Hans Haacke, or Felix Gonzalez-Torres?
Couture de force