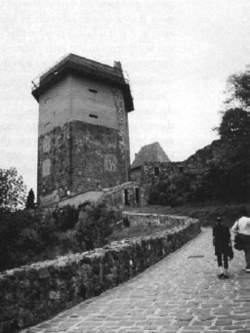 Hungary, Bela Lugosi‘s native country, has a special place in the history of vampires. Vampire historian Montague Summers opened his discussion of the vampire in Hungary by observing, “Hungary, it may not untruly be said, shares with Greece and Slovakia the reputation of being that particular region of the world which is most terribly infested by the Vampire and where he is seen at his ugliest and worst.” Bram Stoker‘s Dracula (1897) opened with Jonathan Harker‘s trip through Hungary. Harker saw Budapest as the place that marked his leaving the (civilized) West and entering the East. He proceeded through Hungary into northeast Transylvania, then a part of Hungary dominated by the Szekelys, a Hungarian people known for their fighting ability. (Dracula was identified as a Szekely.) In the face of Stoker and Summers, and before Dom Augustin Calmet, Hungarian scholars have argued that the identification of Hungary and vampires was a serious mistake of Western scholars ignorant of Hungarian history. To reach some perspective on this controversy, a brief look at Hungarian history is necessary.

The Emergence of Hungary: The history of modern Hungary began in the late ninth century when the Magyar people occupied the Carpathian Basin. They had moved into the area from the region around the Volga and Kama rivers. They spoke a Finnish-Ugrian language, not Slavic. Their conquest of the land was assisted by Christian allies and, during the tenth century, the Christianization of the Magyars began in earnest. In 1000 C.E., Pope Sylvester crowned István, the first Hungarian king. Later in that century, when the Christians split into Roman Catholic and Eastern Orthodox branches, the Hungarians adhered to the Roman church.

István’s descendants moved into Transylvania gradually but had incorporated the area into Hungary by the end of the thirteenth century. The Hungarian rulers established a system by which only Hungarians controlled the land. A Magyar tribe, the Szekleys were given control of the mountain land in the northeast in return for their serving as a buffer between Hungary and any potential enemies to the east. The Romanian people of Transylvania were at the bottom of the social ladder. Above them were the Germans, who were invited into cities in southern Transylvania. In return for their skills in building the economy, the Germans were given a number of special privileges. By the fourteenth century, many Romanians had left Transylvania for Wallachia, south of the Carpathians, where they created the core of what would become the modern state of Romania. Following the death of the last of István’s descendants to wear the crown of Hungary, it was ruled by foreign kings invited into the country by the nobles. The height of prosperity for the nation came in the late fifteenth century when Matthias Corvinus (1458–1490), a Romanian ethnic and contemporary of Wallachian prince Vlad the Impaler, ruled. He built his summer capital at Visegrád one of the most palatial centers in eastern Europe. Hungarian independence ended essentially at the battle of Mohács in 1526, which sealed the Turkish conquest of the land. During the years of Turkish conquest, while Islam was not imposed, Roman Catholic worship was forbidden. The Reformed Church was allowed, however, and remains a relatively strong body to the present. Transylvania existed as a land with an atmosphere of relative religious freedom, and both Calvinist Protestantism and Unitarianism made significant inroads. Unitarianism made significant gains at the end of the sixteenth century following the death of Roman Catholic Cardinal Bathory at the Battle of Selimbar (1599). The Szekelys were excommunicated and as a group turned to Unitarianism.

The Turks dominated the area until 1686 when they were defeated at the battle of Buda. Hungary was absorbed into the Hapsburg empire and Roman Catholicism rebuilt. The Austrian armies would soon push farther south into Serbia, parts of which were absorbed into the Hungarian province.

The eighteenth century was characterized by the lengthy rulerships of Karoly III (1711–1740) and Maria Theresa (1740–1780). Hungarian efforts for independence, signaled by the short-lived revolution in 1848, led to the creation in 1867 of Austria-Hungary. Austria-Hungary survived for a half century, but then entered World War I on Germany‘s side. In 1919 Austria-Hungary was split into two nations and the large segments of Hungary inhabited by non-Hungarian ethnic minorities were given to Romania, Serbia, and Czechoslovakia. Most importantly, Transylvania was transferred to Romania, a matter of continued tension between the two countries. Hungary was left a smaller but ethnically homogeneous land almost entirely composed of people of Hungarian ethnicity but with a small but measurable number of Gypsies. After the wars, Hungary was ruled by Miklós Horthy, a dictator who brought Hungary into an alliance with Hitler and Germany as World War II began. After the war, in 1948, the country was taken over and ruled by Communists until the changes of the 1990s led to the creation of a democratic state.

The Vampire Epidemics: Following the Austrian conquest of Hungary and regions south, reports of vampires began to filter into western Europe. The most significant of these concerned events during 1725–32, their importance due in large measure to the extensive investigations of the reported incidents carried on by Austrian officials. The cases of Peter Plogojowitz and Arnold Paul especially became the focus of a lengthy debate in the German universities. Different versions of the incidents identified the locations of the vampire epidemics as Hungary rather than (more properly) a Serbian province of the Austrian province of Hungary. The debate was summarized in two important treatises, the first of which, Dissertazione sopre I Vampiri by Archbishop Giuseppe Davanzati, assumed a skeptical attitude. The second, Dom Augustin Calmet’s Dissertations sur les Apparitiones des Anges des Démons et des Espits, et sur les revenants, et Vampires de Hingrie, de Boheme, de Moravie, et de Silésie, took a much more accepting attitude.

Calmet’s work was soon translated and published in German (1752) and in English (1759) and spread the image of eastern Europe as the home of the vampire. While Calmet featured vampire cases in Silesia (Poland), Bohemia, and Moravia (Czechoslovakia), the “Hungarian” cases of Paul and Plogojowitz were the most spectacular and best documented. The image of Hungary as a land of vampires was reinforced by Stoker and Summers, and later by both Raymond T. McNally and Leonard Wolf, who suggested that the Hungarian word vampir was the source of the English word vampire. That theory has more recently been countered by Katerina Wilson, who argued that the first appearance of the word “vampir” in print in Hungarian postdates the first published use of the term in most Western languages by more than a century (actually by some 50 years). The question remains open, however, in that it is highly possible that someone (for example, a German-speaking person in Hungary in the early eighteenth century) might have picked up the term in conversation and transmitted it to the West.

Meanwhile, Hungarian scholars confronted the issue. As early as 1854, Roman Catholic bishop and scholar Arnold Ipolyi assembled the first broad description of the beliefs of pre-Christian Hungary. In the course of his treatise he emphasized that there was no belief in vampires among the Hungarians. That observation was also made by other scholars, who wrote their articles and treatises in Hungarian destined never to be translated into Western languages. In current times, the case was again presented by Tekla Dömötör, whose book Hungarian Folk Beliefs was translated and published in English in 1982. He asserted, “There is no place in Hungarian folk beliefs for the vampire who rises forth from dead bodies and sucks the blood of the living.” The conclusions of the Hungarian scholars have been reinforced by the observations of Western researchers, who have had to concede that few reports of vampires have come from Hungary. Most also assert, however, that in Hungarians’ interaction with the Gypsies and their Slavic neighbors, such beliefs likely did drift into the rural regions.

Vampirelike Creatures in Hungary: Having denied the existence of the vampire in Hungarian folk culture, the Hungarian scholars from Ipolyi to Dömötör also detailed belief in a vampirelike being, the lidérc. The lidérc was an incubus/succubus figure that took on a number of shapes. It could appear as a woman or a man, an animal, or a shining light. Interestingly, the lidérc did not have the power of transformation, but rather was believed to exist in all its shapes at once. Through its magical powers, it caused the human observer to see one form or another. As an incubus/succubus it attacked victims and killed them by exhaustion. It loved them to death. Defensive measures against the lidérc included the placing of garters on the bedroom doorknob and the use of the ubiquitous garlic. Hungarians also noted a belief in the nora, an invisible being described by those to whom he appeared as small, humanoid, bald, and running on all fours. He was said to jump on his victims and suck on their breasts. Victims included the same type of person who in Slavic cultures was destined for vampirism, namely the immoral and irreverent. As a result of the nora, the breast area swelled. The antidote was to smear garlic on the breasts.