Intersector Balance of Production and Distribution of Social Product

Intersector Balance of Production and Distribution of Social Product

a method of economic analysis and planning by sector of the proportions of the process of expanded reproduction. The Marxist-Leninist theory of expanded reproduction is the theoretical basis of the balance. The intersector balance is a further development of the balance of the national economy of the USSR. Mathematical procedures and modern electronic computers are widely used in the elaboration and analysis of the intersector balance. Intersector models of economic development are an important link in improving the system of national economic planning.

Subsequently these principles were widely developed in the USSR during the second half of the 1950’s in connection with the use of electronic computers. Intersector balances are compiled in virtually all the socialist nations.

In the capitalist nations the method of analyzing intersector relationships using a matrix-type model and involving linear algebra was employed in the 1930’s by the American economist W. Leontief for studying the structure of the American economy. This method abroad has gained the name “input-output.”

A schematic diagram for a table of an intersector balance as elaborated in the USSR can be represented in the form shown in Figure 1.

The table of intersector relationships constructed according to such a diagram reflects the structure of expenditures for the production of each product and the structure of its distribution in the national economy. The figures along the vertical (the direction of line A) describe the composition of the product by sector in terms of value. Here are reflected both the material resources obtained from other sectors and the expenditures of live labor in the form of wages and surplus product, as well as the amortization deductions. Along the horizontal (the direction of line B), data are given concerning what amount or what quantity of product has been transferred from the given sector to other sectors of the national economy for production needs (intermediate product), as well as the end use of product for personal and social consumption and accumulation, replacement and major overhaul of fixed capital, and the import-export balance (the distribution of product and value).

According to the economic content and the nature of the information, two basic varieties of balances can be distinguished: one in cost terms and one in physical units of product. Each of them, in turn, can be used either for reporting or planning purposes. Report intersector balances have been 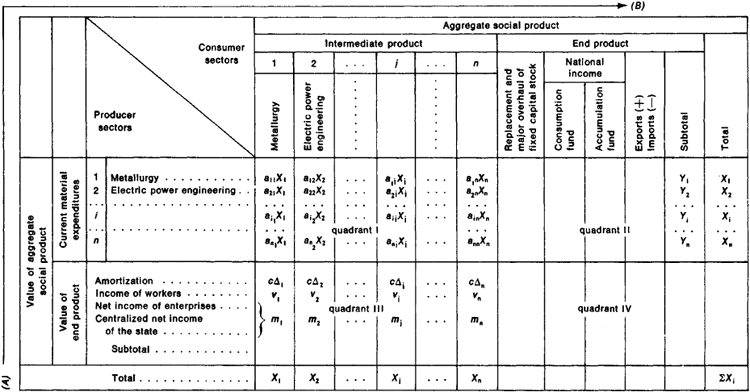 Figure 1. A schematic diagram for a table of an intersector balance

worked out by the USSR Central Statistical Administration for 1959 and 1966. Along with balances that encompass all sectors of the Soviet national economy, regional models are also worked out for the individual Union republics and economic regions. The cost intersector balances describe the reproduction process in monetary terms. Balances of this type encompass all four quadrants of the schematic diagram. In terms of their structure, the cost intersector balances can be consolidated or detailed. Intersector balances in physical units are worked out for specific types of product (for types of rolled metals, major chemical products, basic varieties of machinery, and so forth).

The quantitative relationship between the economic sectors can be represented mathematically in an elementary form by the formula:

A model of a static intersector balance can be represented by the following system of linear equations:

where Y characterizes the amount of end consumption by the given national economic sector.

The planning intersector balances can also be elaborated on the basis of dynamic models. A dynamic model is a system of linear equations which provide for the correlating of the indexes for production, the volume of capital investments, and labor resources.

Research on the intersector relationships using the balance tables has provided an opportunity to make a more thorough study of the processes of socialist reproduction. On the basis of the intersector balance, it is possible to more thoroughly study the basic laws of a socialist economy, as well as the development ratio of social product and national income, the first and second subdivisions of social production, the interrelation of produced and used national income, and the interrelation between industry, agriculture, construction, and the sectors of the distribution sphere. The intersector balance method is used in examining the methodological problems of price formation as well as in the actual revision of wholesale prices. On the basis of intersector balances, calculations are made for the structure and level of prices using various price formation concepts.

The full expenditure coefficients determined on the basis of the intersector balance are gaining wider and wider use for solving the problems of the rational international division of labor, for calculating the efficiency of foreign trade, and also for making international comparisons of the economic development levels of nations.