Dee, John, 1527–1608, English mathematician and occultist. He was educated at Cambridge. Accused of practicing sorcery against Queen Mary I, he was acquitted and later was a favorite of Queen Elizabeth I, for whom he drew up valuable hydrographical and geographical materials on newly discovered lands. He also made calculations in preparation for adoption of the Gregorian calendar in England, which he vainly sought. He is better remembered, however, for the more sensational side of his career. His interest in crystal gazing, divination, and the occult led to his association with Edward Kelly, who claimed to have discovered the alchemical secret of transmuting base metal to gold. Dee and Kelly spent several years abroad, patronized by various nobles and monarchs. When Dee finally broke with Kelly and returned to England, he found himself generally shunned and much of his property destroyed. Although he maintained the favor of Elizabeth and was warden of Manchester College (1595–1604), he later retired to seclusion, and died in poverty. Dee wrote extensively on his occult experiments and on mathematics, natural science, and astrology. His diary was edited in 1842 by J. O. Halliwell-Phillips. 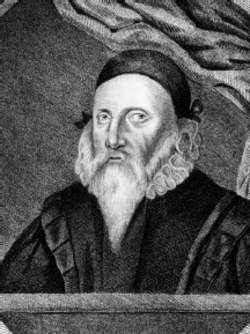 Astrologer and mathematician John Dee gained notoriety in Elizabethan England as a scryer who used a crystal ball to communicate with angels in a language he called Enochian. Getty Images.

John Dee, whose career was largely contemporaneous with that of Queen Elizabeth I, was an accomplished mathematician and astrologer, but he is best remembered as a crystal gazer. One of the crystal stones and the magical emblem upon which it rested have survived and may be seen on display at the British Museum in London.

Dee was living a quiet life when, during the reign of Mary I (1553–1558), he was arrested and accused of attempting to kill her through magic. After being released, he took the opportunity to travel abroad and only settled again in England after Elizabeth had established herself in power. He was able to reestablish his own position when called upon to speak on some new and interesting astronomical phenomena (including a new comet) in the 1570s.

His interest in scrying, or crystal gazing, emerged in the 1580s. Gazing into a crystal, he initially had a vision of angels in the spring of 1581. He claimed that the next year, the angel Uriel gave him a piece of crystal that could be used to communicate with the angels regularly. As he gazed into it, the angels would appear and grant information about the future. He found although he could work with the crystal, it was very difficult for him, so he was led to seek a colleague who could more easily converse with the angels. Dee then assumed the role of secretary, recording all that the angel said. He worked briefly with a person named Barnabas Saul, then was led to Edward Kelley (1555–1593), with whom he worked for five years, from 1582 to 1587.

The crystal used by Dee and Kelley was a globe that was fastened in a frame of gold with a cross on top. It sat on a magical emblem called the Sigillum Aemeth, an amulet that would protect any angelic contact from harmful side effects. The sigil was given to him in his earlier contacts, but it had actually appeared several decades earlier in a publication by German scholar Athanasius Kircher (1601–1680). On the table (made of sweetwood, according to angelic instruction) there was also a magical square and other magical emblems.

Among the gifts that came through the scrying was a new angelic language, Enochian. The magical square on Dee’s table was written in Enochian. Today, books that explain and teach Enochian are readily available to practitioners of magic.

Dee and Kelley parted ways in 1587. They and their wives had spent the last several years of their collaboration in Europe. Dee returned to England, and Kelley went to Prague. There, Kelley was arrested as a fraud. Released, he traveled through Europe, but was again arrested in 1592 in Germany. He died from injuries he suffered trying to escape. Dee lived somewhat as a celebrity, periodically protesting the accusations that he was a wizard and conjuror of devils. He died in 1608.

Dee was largely forgotten over the years, but he was rediscovered in the early twentieth century by Spiritualists and has been adopted by modern ceremonial magicians as an important exponent of their work. 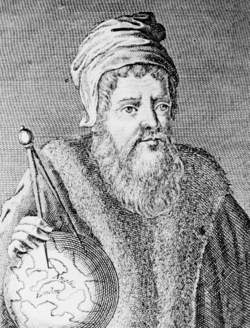 English mathematician and astrologer to Queen Elizabeth I, who made many contributions to the scientific knowledge of his time. John Dee was born in London on July 13, 1527, and at age fifteen attended St. John's College, Cambridge. He later studied in Brussels and Paris, where he lectured on the principles of geometry. Dee was a member of the "School of Light," a group that met secretly to discuss occult subjects at the home of Sir Walter Raleigh. Dee claimed that he was descended from Roderick the Great, Prince of Wales.

Dee received a pension from the young Edward VI in 1551, being granted the rectory of Upton-upon-Severn, in Worcestershire. But in 1553 he was accused of attempting to take the life of the new Queen Mary by magical means. He was imprisoned at Hampton Court, where he remained until 1555. Mary's successor, Queen Elizabeth (whose astrological chart he had done when she was still a princess), asked him to name the most propitious day for her coronation. Dee later spent some time giving lessons in metaphysics to the monarch.

Dee spent thirty years of his life giving advice and instructions to mariners regarding navigation and piloting, and he developed a large scientific and mathematical library. He took a great interest in alchemy and also in scrying, or crystal gazing, an interest he began in 1583. His experiments with the crystal were preceded by his preoccupation with dreams, both his own and those of his wife, Jane Fromond. Despite Dee's interest in scrying, he was not adept at the practice himself and employed crystal gazers to scry for him. Unfortunately, he was not a good judge of character and at least two turned out to be charlatans. The first of these was Barnabas Saul, and the second was Edward Talbott, who later changed his name to Edward Kelley.

Kelley was supposed to see angels in the crystal and report to Dee on what they instructed. Kelley claimed that they communicated in their own language, called Enochian. In 1583 Dee introduced Count Adalbert Laski, a representative of the King of Poland, to his scrying experiments. Subsequently Dee and Kelley moved to Poland, and Dee did not return to England till 1589. During that time, Dee and Kelley traveled extensively and were entertained by royalty.

Kelley was subject to fits of temper and sometimes refused to scry for Dee. However, on one occasion, in 1587, he did scry and reported that the angels had ordered that he and Dee should exchange wives. Dee and Jane were at first not willing, but eventually, they gave in and did so. Shortly thereafter, Kelley left the employ of John Dee.

Stories abound of Dee spying for Elizabeth, of using scrying to obtain money from various rulers and aristocrats, and of conducting alchemical and necromantic experiments. The Church, at that time, saw a difference between what it considered "natural," or white, magic and black magic, which it considered the fruit of the devil. The view was that natural magic was permissible. Yet on May 6, 1586, the Papal Nuncio submitted a document to the Emperor Rudolph II, with whom Dee and Kelley were staying, accusing Dee of necromancy. This resulted in the pair being expelled from Prague.

After Dee's return to England in 1589, he did not fare well under James I, Elizabeth's successor in 1603. He was given the post of warden to Christ's College, Manchester, in 1595, which he held for ten years. In 1608 he died at his home in Mortlake.

Feedback
Flashcards & Bookmarks ?
Please log in or register to use Flashcards and Bookmarks. You can also log in with
Flashcards ?
My bookmarks ?
+ Add current page to bookmarks
Mentioned in ?
References in periodicals archive ?
Strangely enough, John Dee's library met the exact same fate.
Magical MIDLANDS; Why leafy Lichfield could be epicentre of the dark arts
Historians have examined in some detail John Dee's efforts on behalf of the British Empire.(1) From the mid-1550s he was recognized as an expert in geography and when seeking advice and instruction for trade expeditions it was to Dee that many explorers turned.
Discourse on History, Geography, and Law: John Dee and the Limits of the British Empire, 1576-80
Palladio provided practical information on building all'antica, but it was the intellectual framework provided by the Neoplatonic writings of Pico della Mirandola, Agrippa and Giordano Bruno, which had a profound influence during the sixteenth century in England on the polymath John Dee, Henry Wotton (author of The Elements of Architecture) and William Laud (as Bishop of St Paul's in London).
Art and Magic in the Court of the Stuarts
John Dee Carruth, president/CEO of the Tuscaloosa, Ala.-based credit union, filed a lawsuit Thursday in an Alabama Circuit Court, claiming he was defamed by member Kenneth Walters, who allegedly posted accusations and representations, which he knew to be false, that Carruth "engaged in criminal conduct."
Alabama One CEO Sues Member for Defamation
5:23 p.m.: John Dee Road, brindle terrier named Kaise was lost.
Sterling Police Log
In a sense, then, the Welsh were the first exponents of a British nationalism (just as, in Elizabeth I's reign, a man of Welsh origin, John Dee, was the first to use the term "British empire").
The British past and future
Trevelyan John Dee, 21, died from a single stab wound to the chest.
LOSS OF MY 'BABY BOY' IS TOO MUCH TO BEAR; Mum's grief as man faces court charged with teen's stab murder
John Dee: Interdisciplinary Studies in English Renaissance Thought.
John Dee: Interdisciplinary Studies in English Renaissance Thought
Hopkins, of Tynybedw Terrace, Treorchy, struck an LDV minibus, being driven by John Dee, which was coming in the opposite direction.
Driver pleads guilty after crash with school minibus
Their topics include Giordano Bruno meets Elizabethan England; John Dee as cultural, scientific, and apocalyptic go-between; John Wolfe and the impact of exemplary go-between on early modern print culture; learning about hybrids from a gilded silver beaker in Antwerp about 1530; Machiavellian dissimulation and allegory in the writings of Roger Ascham and Sir Philip Sidney; Moses as go-between in John Spencer's theory of religious translation; spirits, ghosts, and demons in Shakespeare and Milton; and the violence of cultural incorporation in The Merchant of Venice.
Renaissance go-betweens; cultural exchange in early modern Europe
The crystal, used as a tool by mediums and for curing disease, belonged to maverick philosopher, mathematician and astrologer John Dee, a consultant to Elizabeth I.
Strangeworld
Bristol Rovers fan 'Dr John Dee' took his anger out on Peter Beadle and Worrell Starling in a recent edition of Black Arab - Unofficial Rovers website.
FOOTBALL: OWN GOAL: Poet's Corner