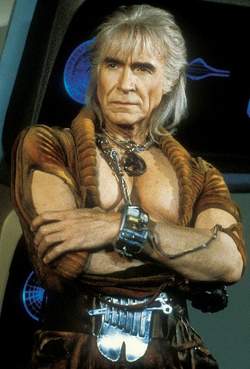 Feedback
Flashcards & Bookmarks ?
Please log in or register to use Flashcards and Bookmarks. You can also log in with
Flashcards ?
My bookmarks ?
+ Add current page to bookmarks
Mentioned in ?
References in periodicals archive ?
Shahid Khaqan Abbasi raised objections over the impartiality of the National Accountability Bureau Chairman Justice (retd) Javaid Iqbal in light of his recent comments in an interview given to a journalist.
NAB chairman has no right to insult politicians: Khaqan Abbasi
Shahid Khaqan Abbasi said that he has given answers to all questions of NAB and he firmly believes he will fail because out of syllabus questions are asked if someone is got to be failed.
I did nothing wrong in my life, will not seek bail: Khaqan Abbasi
Earlier, Prime Minister Shahid Khaqan Abbasi arrived in Nepal on two day visit.
Pakistan, Nepal agree to enhance cooperation in diverse areas
Shahid Khaqan Abbasi met ;PML-N leaders Khawaja Asif, Maryam Aurangzeb and Musaddaq Malik in court room.
Physical remand of Shahid Khaqan Abbasi extended for 14 days in LNG case
Former prime minister Shahid Khaqan Abbasi was arrested by a National Accountability Bureau (NAB) team while en-route to Thokar Niaz Baig in Lahore on July 18 in a multi-billion-rupee case related to the award of a liquefied natural gas (LNG) import contract.
LNG case: Court extends physical remand of Shahid Khaqan Abbasi for 14 days
The anti-corruption watchdog had on Thursday arrested Shahid Khaqan Abbasi near Thokar Niaz Baig toll plaza in Lahore in connection with an ongoing investigation into the 'illegal' award of the Liquefied Natural Gas (LNG) contract with Qatar.
AC grants NAB 13-day physical remand of Shahid Khaqan Abbasi
The resolution submitted by MPA Azma Zahid Bukhari to the assembly secretariat here on Thursday said the house condemned the arrest of former prime minister and PML-N vice president Shahid Khaqan Abbasi and saw arrest of PML-N leaders as an attempt to divert public attention from economic crisis.
Abbasi's arrest a gradual move towards dictatorship: PPP
Raja Farooq Haider Khan asserted that Khaqan put forward the Pakistan vision of his leader in this hour of trail and said that premier Khaqan broke the ice after 44 years while making approval of constitutional amendment possible which was the utmost demand of the people of Azad Kashmir.
Former PM express concerns over deteriorating human rights situation in IOK
Islamabad: Shahid Khaqan Abbasi, Pakistan's ruling party nominee, has been elected Prime Minister of Pakistan after securing 221 votes, National Assembly Speaker Sardar Ayaz Sadiq proclaimed on Tuesday.
Shahid Khaqan Abbasi elected new Prime Minister of Pakistan
The Islamabad High Court (IHC) on Friday withdrew a contempt of court notice of Federal Minister for Petroleum and Natural Resources Shahid Khaqan Abbasi after he tendered an unconditional apology.
ABBASI TENDERS APOLOGY
According to the sources of a private TV channel, Pakistan Muslim League-Nawaz's senior Vice President and former premier Shahid Khaqan Abbasi has recorded statement during his physical remand and took complete responsibility of the LNG contract and award of LNG terminal contract.
LNG case: Nawaz Sharif's name omitted from inquiry