1. Music
a. the principal first violinist of an orchestra, who plays solo parts, and acts as the conductor's deputy and spokesman for the orchestra
b. US a conductor or director of an orchestra or chorus
2.
a. the first man on a climbing rope
b. the leading horse or dog in a team
3. a statistic or index that gives an advance indication of the state of the economy
4. Angling another word for trace, cast
5. Nautical another term for fairlead
6. a strip of blank film or tape used to facilitate threading a projector, developing machine, etc., and to aid identification
7. Botany any of the long slender shoots that grow from the stem or branch of a tree: usually removed during pruning
8. Brit a member of the Government having primary authority in initiating legislative business (esp in the phrases Leader of the House of Commons and Leader of the House of Lords)
9. the senior barrister, usually a Queen's Counsel, in charge of the conduct of a case
Collins Discovery Encyclopedia, 1st edition © HarperCollins Publishers 2005

A vertical pipe that carries rainwater from the roof gutter to the ground or drain system.
Illustrated Dictionary of Architecture Copyright © 2012, 2002, 1998 by The McGraw-Hill Companies, Inc. All rights reserved
The following article is from The Great Soviet Encyclopedia (1979). It might be outdated or ideologically biased.

(Russian lider; from English “leader”). (1) The head of a political party, trade union, or other social organization.

(2) The person who is in first place in some competition, such as the leader in a chess tournament or a bicycle race.

the name of a class of ships (such as a large-displacement destroyer) in use in the Soviet Navy in the 1930’s and 1940’s. A leader carried the command of the unit and sailed first in the wake column. The term “leader” is sometimes applied to a vessel that heads a group or vessels of a caravan or fleet equipped for industrial uses or prospecting.

[′lēd·ər]
(building construction)
downspout
(computer science)
A record which precedes a group of detail records, giving information about the group not present in the detail records; for example, “beginning of batch 17.”
(engineering)
The unrecorded length of magnetic tape that enables the operator to thread the tape through the drive and onto the take-up reel without losing data or recorded music, speech, or such.
(geophysics)
The streamer which initiates the first phase of each stroke of a lightning discharge; it is a channel of very high ion density which propagates through the air by the continual establishment of an electron avalanche ahead of its tip. Also known as leader streamer.
(graphic arts)
A short piece of blank film at each end of a strip of photographic film or reel of motion picture film, used to thread the film through the mechanism of a camera or projector.
Lines or rows of dashes or dots used to guide the reader's eye across a printed page.
(mechanical engineering)
In a hot-air heating system, a duct that conducts heated air to an outlet.
McGraw-Hill Dictionary of Scientific & Technical Terms, 6E, Copyright © 2003 by The McGraw-Hill Companies, Inc. 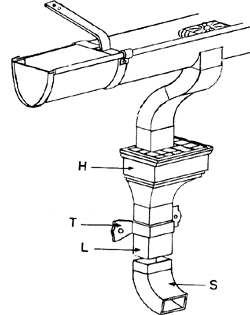 (1) A length of unrecorded tape used to thread the tape onto the tape drive.

(2) A line of dots or dashes used to draw the eye across the printed page, such as in a table of contents.
Copyright © 1981-2019 by The Computer Language Company Inc. All Rights reserved. THIS DEFINITION IS FOR PERSONAL USE ONLY. All other reproduction is strictly prohibited without permission from the publisher.

Feedback
Flashcards & Bookmarks ?
Please log in or register to use Flashcards and Bookmarks. You can also log in with
Flashcards ?
My bookmarks ?
+ Add current page to bookmarks
Mentioned in ?
References in periodicals archive ?
CPI-M leader Brinda Karat termed the arrest of Jammu and Kashmir political leaders as anti-national work by the government.
Release all the detained political leaders in J&K: TMC leader Dinesh Trivedi
The leader may not even see it as a bribe, just a favour between friends.
Seven deadly sins of leadership
A good leader will learn how to harness those gifts toward the same goal.' Ben Carson,
Leadership Is Who We Are Plus What We Do
'Indeed, being a good leader is not only about being intelligent but one who needs to know and to have the ability to differentiate between right and wrong, good and evil.'
Dr M teaches student leaders about leadership at symposium
The servant leader listens and is sensitive to what motivates others and empowers others to win with shared goals and vision, with empathy.
Servant leadership
P.D.P leader, Douglas Devananda, leader of Sri Lanka Communist Party D E W Gunesekara, leader of Lanka Sama Samaja Party Professor Tissa Vitharana, leader of National Samagi Peramuna Azath Sali and other party representatives were present in the meeting
President chairs All Party Conference
The leader who dives into the turbulence is a "servant leader," according to the blog posting, and "servant leaders notice how stormy seas impact the crew."
Great Leaders Dive Right Into Turbulence, With a Plan and Clear Goals
"We have seen what Jubilee leaders are now doing to each other while their leader Uhuru Kenyatta is silent.
Jubilee wrangles not good for the country - Wetang'ula
As a starting point, an interaction variable was created using a leader's trust in a coworker and the network's trust in that leader as antecedent to trust in a coworker (Lau and Liden, 2008).
Understanding Trust Transference between Leaders, Followers and Coworkers: Testing Two Three-Way Interactions
When succession planning is done correctly, there is less disruption when the leader leaves.
Growing Leaders
PAT leader Gandapur started abusing PTI leader and said that "they call themselves a democratic party and this is their behaviour when they are in opposition.
Heated discussion, hot words exchange between PAT, PTI leaders outside SCP
Speaker Karu Jayasuriya informed parliament that TNA leader R.
TNA Leader R.Sampanthan - The New Leader of the Opposition