in the USSR the system of state measures that ensures the most complete, rational, and efficient use of land, establishes conditions for raising farming knowhow, protects the land, and implements the decisions of state bodies on land use. Land allocation measures are carried out at individual agricultural enterprises, in agriculture as an economic sector, and for the entire national economy. The stable foundation of land allocation and of the entire land system in the USSR is state socialist ownership of the land, which was established as the result of nationalization of land.

The function of land allocation is to protect state ownership of land and the public lands of kolkhozes and sovkhozes against plundering and waste and to strengthen socialist land relations. It is very important to establish proper order in the use of agricultural land at agricultural enterprises, to delineate the exact separation of public lands from personal plots, and to keep exact land records. Land allocation provides for systematic checks on correct use of the land. Careful study of the natural and economic conditions of the territory being allocated ensures most rational size of tenure land at farms just being established and the elimination of shortcomings in land use at existing farms. As the land is allocated, measures are developed to use land more intensively and to improve land quality. The nature of land allocation in each phase is determined by economic and political tasks in the development of agriculture and the entire national economy. The objectives of land allocation have been defined by decisions of the Twenty-second, Twenty-third, and Twenty-fourth Congresses of the CPSU, the March 1965 and May 1966 plenums of the Central Committee of the CPSU, and subsequent decisions by the party and the government concerning agriculture. Land allocation has become comprehensive in nature and has achieved a high economic and engineering level. The allocation of land in regions that are subject to wind and water erosion is accompanied by economic-organizational, agrotechnical, agricultural and forest improvement, and hydroengineering measures that have been developed for water collection, ‘the gully and ravine system, and so on.

Land is allocated according to the national economic plan and the plans for development of specific socialist enterprises. Land allocation is closely tied to the organization of 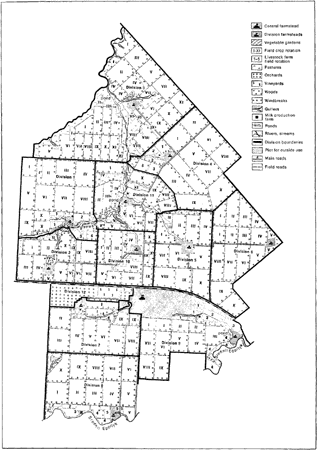 Figure 1. The intrafarm land allocation of the Gigant Sovkhoz

all production in the economy and promotes an increase in farming know-how, introduction of progressive forms of labor organization, and efficient use of machinery and fertilizers. Rational land allocation is impossible without considering the economic and natural conditions of the regions and farms. The main features studied are the dimensions of production, the specialization of farms and their subdivisions, financial capabilities, the availability of work force and machinery, the location of populated points and production centers, and the transport of agricultural products to points of delivery, and the communications between the farms and other economic and cultural centers. When allocating land, it is essential to see that existing structures are used and new capital improvements made with maximum efficiency. All capital expenditures are substantiated by feasibility studies.

Land allocation is subdivided into two primary types: interfarm and intrafarm. They are closely interrelated. Interfarm land allocation involves land tenure of kolkhozes, sovkhozes, and other agricultural enterprises, organizations, and institutions and at industrial, construction, transport, and other nonagricultural enterprises, organizations, and institutions; eliminating patchworks of fields and other inconveniences in land arrangement; precisely determining and changing the boundaries of land use on the basis of regional planning maps; identifying new lands for agricultural and other national economic development; introducing or withdrawing plots of land; and establishing and changing the boundaries of cities, settlements, and future agricultural populated points, taking into account their future development. The land of a group of farms, and sometimes of an entire raion or oblast, is allocated on the basis of regional planning maps.

Intrafarm land allocation is implemented within the bound-aries of particular agricultural enterprises in coordination with adjacent farms on the basis of a state plan assignment, the farm’s long-range plan of development, and the economic-organizational plan. It is comprehensive in nature and deals with increasing the intensity of land use, combating soil erosion, improving the land, ensuring water supply, building roads, and laying out rural populated points; it encompasses all types of agricultural land. The primary land users on agricultural lands are the kolkhozes and sovkhozes. Land is allocated with due regard for their socioeconomic and production-organization characteristics. Intrafarm land allocation takes in a number of interrelated constituent parts.

Land allocation at kolkhozes begins with drawing up a plan that shows populated points, brigade fields, and production centers. At this time prospective populated points are determined, the number and sizes of production brigades are specified, the land is divided among the brigades, and a determination is made of the type and number of production centers, the location of public farmsteads, livestock farms, and so on. At sovkhozes the siting of divisions and economic centers is a constituent part of land allocation. In this process the size and number of divisions (livestock farms), the location of the central farmstead and the farmsteads of the divisions, and the distribution of territory among the divisions are determined. The location of populated points and production subdivisions at kolkhozes and sovkhozes should promote better organization and management of production with minimal expenditures for construction, equipment, and welfare and should allow for minimum annual production costs and optimal cultural and everyday service to the population.

To make sure that roads have been sited properly from the viewpoint of economic advantage, capital investments for construction of the roads and road structures are calculated, as are annual transportation expenditures and the payback period on capital investments.

The allocation of agricultural lands and crop rotations includes establishing the composition and ratio of agricultural lands and the types, varieties, number, and areas of the crops being rotated; it also includes reviewing the planned transformation of lands, developing land improvement measures, and rationally siting agricultural lands and crop rotations. All this should ensure conditions for the successful development of all sectors at the farm in accordance with the long-range plan, the most rational use of land and machinery, optimal organization of production processes, and the maximum output for each 100 hectares of agricultural land with minimum expenditures per unit of output. Allocating for crop rotations involves coordinated placement of fields, brigade plots, field camps, protective forest plantings, field roads, and water installations. During this process the relief of the terrain is considered, as are the topsoil, the erosiveness of the soil, the direction of harmful winds, and the configuration and appropriate size of fields. Allocating for orchards and vineyards involves arrangement of species and varieties of fruit plantings, sections and brigade plots, protective forest plantings (wind-breaks), subsidiary economic centers, the road network, water installations, and the irrigation network. Allocating for pastures includes locating plots for flocks and herds, introducing pasture rotations, dividing land into enclosures for regular grazing, locating summer camps, laying out trails for livestock drives, providing for pasture water supply, and developing measures to improve pastures. Allocating for hay meadows involves introducing hay rotations and locating brigade plots and the road network. All the constituent parts of land allocation enumerated above may not always be required, depending on the specific natural and economic conditions of the farms.

The intrafarm arrangement of territory established through land allocation is compulsory for kolkhozes, sovkhozes, and other agricultural enterprises. Figure 1 shows the organization of land at the Gigant Sovkhoz in Rostov Oblast.

Feedback
Flashcards & Bookmarks ?
Please log in or register to use Flashcards and Bookmarks. You can also log in with
Flashcards ?
My bookmarks ?
+ Add current page to bookmarks
Mentioned in ?
References in periodicals archive ?
Regarding land allocation in the Rolong Land Board, which also services part of the Good Hope Sub-district area, Ms Molefhe said they had an equally high waiting list of just over 16 600 applications.
Sub land board to allocate 800 plots
Summary: Hyderabad (Telangana) [India], July 18 (ANI): Opposing land allocation for Telangana Rashtra Samiti (TRS) offices in 29 districts of the state, Telangana BJP spokesperson Krishna Sagar Rao on Thursday quipped that party president and Chief Minister K Chandrasekhar Rao considers himself to be the "eighth Nizam" and not the head of the state.
Land allocation for TRS: KCR considers himself the 'eighth Nizam', quips BJP
According to a report by Kuwait Times , director of Kuwait Municipality, Ahmad Al-Manfouhi, said the land allocation to build temporary accommodation would be similar to its initiative, wherein the municipality allotted land to accommodate 25,000 labourers at the site of Clean Fuel Project.
Kuwait Municipality to provide land for worker homes on project sites
It contains everything from land allocation, amenity plots, streets, residential areas, commercial areas and everything in between.
SC unimpressed with govt's delays in presenting Karachi's master plan
QNA Doha THE Ministry of Education and Higher Education has launched the third phase of land allocation under the BOT system within the framework of stimulating the participation of the private sector in the economic development projects.
MoEHE begins third phase of land allocation for private sector
The logistics land allocation covers an area of approximately 1,000 hectares which will predominantly accommodate logistics related industries which would import their goods and, at the same time, construct open yards, permanent warehouse etc.
PORT OF DUQM SIGNS 4 LEASE AGREEMENTS FOR LOGISTICS LAND
The current system leads to land misallocation and forgone state revenues, and is prone to perceptions of corruption, the report added, noting that in September 2018 the authorities formed a working group under Prime Minister Mostafa Madbouly, in order to prepare a reform plan for moving toward a transparent, competitive, and market-based mechanism for industrial land allocation, operated through an online platform.
More measures to be done to make Egypt attractive private investment destination: IMF
The approval was given by the Interim Committee for Land Allocation in Sharjah, under the chairmanship of Waleed Falah Al Mansouri during a key meeting held at the headquarters of The Sharjah Department of Planning and Survey (SDPS).
Sharjah gives aproval to 284 new residential plots
He further said that land allocation for the project has been already approved and environment assessments have been completed.
Chinese cement manufacturer to set up plant in Hambantota
MINISTER of the Federal Capital Territory (FCT), Malam Muhammad Musa Bello, has reiterated his commitment to resolving all the knotty issues surrounding land allocation in the FCT in order to put an end to injustice and impunity in land administration in the FCT.
FCT Minister Frowns At Encroachment On Public Spaces
The meeting was also briefed regarding the project completion and land allocation for the ship-breaking yard.
Ship-breaking yard approved for Gwadar